Outgoing Congressman Adam Kinzinger said he believes the US Justice Department will “do the right thing” and impeach former President Donald Trump, and if they don’t, he fears “for the future of this country.”

Kinzinger, often an outspoken Republican critic of Trump who withdrew from Congress before the midterms, believes the committee’s 18-month investigation warrants criminal charges.

“If this isn’t a crime, I don’t know what is,” he said. “If a president can incite an insurrection and not be held accountable, then there really is no limit to what a president can or cannot do.”

Kinzinger was a member of the committee, which made criminal referrals for Trump to the Justice Department when it concluded its investigation into the Capitol Hill attack two years ago. 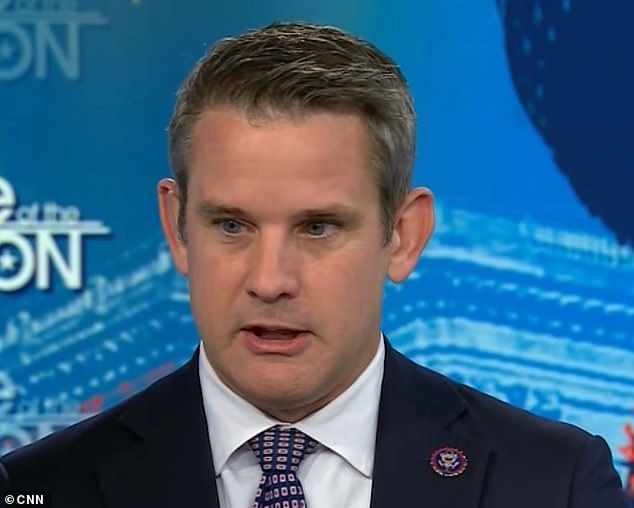 Outgoing Congressman Adam Kinzinger said he believes the US Justice Department will “do the right thing” and impeach former President Donald Trump, and if they don’t, he fears “for the future of this country.”

Kinzinger believes that ‘the Department of Justice will do the right thing. I think they’ll charge him, and frankly, I think they should.

He told CNN that if Trump is not impeached, “then I frankly fear for the future of this country, because now every future president of this country can say here’s the bar: do everything you can to stay in power.”

The Illinois congressman was one of two Republicans on the committee, which will dissolve when the Republican Party assumes power in the House of Representatives.

Trump did not appear to respond directly, but posted a list of “People President Trump Strongly Opposed and Fighted Against” on Truth Social Sunday.

His list showed Kinzinger and several other anti-Trump Republicans, including committee member Liz Cheney, as retired or defeated.

Kinzinger is not the only Republican who believes that Trump, who views the committee as a “witch hunt,” should face the consequences of the Jan. 6 riot on Capitol Hill.

Arkansas Gov. Asa Hutchinson said he will do everything in his power to try to prevent Donald Trump from being president again.

The Republican governor believes that Trump’s actions on January 6, 2021, ‘disqualify’ him from running for office in the future.

Hutchinson is rumored to be considering running for office, but has refused to give a direct answer despite the exponential increase in media appearances over the past year, especially considering that he is an anti-Trump Republican.

“I’m going to do everything I can to make sure there are alternatives, that he’s not the nominee,” Hutchinson told ABC’s This Week on Sunday morning.

“And of course it all depends on who else is out there,” he added. 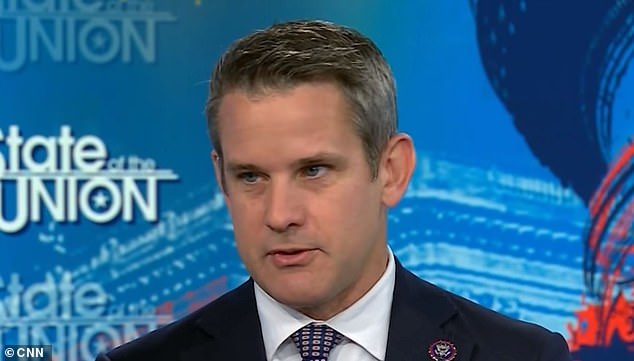 The Illinois congressman was one of two Republicans sitting on the committee, which will be dissolved when the Republican Party assumes power in the House of Representatives. 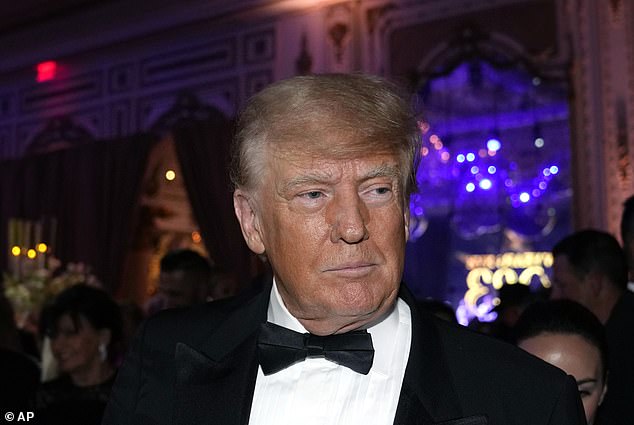 Trump did not appear to respond directly, but posted a list of “People President Trump Strongly Opposed and Fighted Against” on Truth Social Sunday. 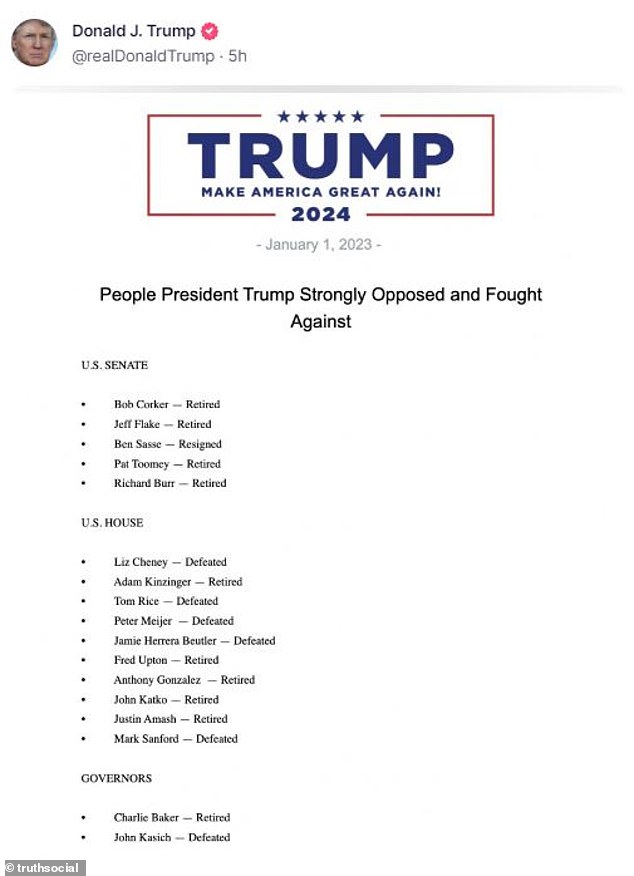 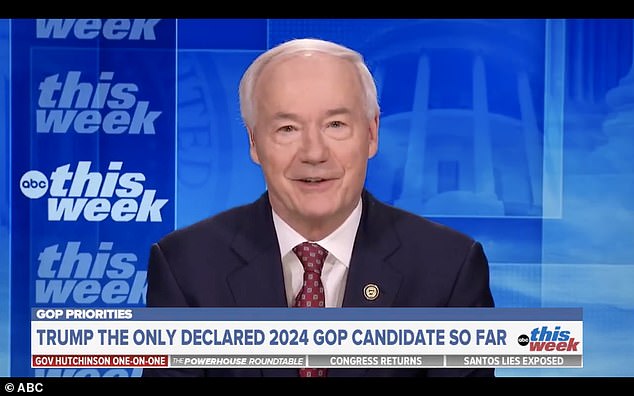 Arkansas Republican Gov. Asa Hutchinson said he would do “everything possible” to make sure Donald Trump doesn’t win the presidency in 2024.

Hutchinson, however, did not commit to ABC host Jonathan Karl not to support Trump in 2024 “no matter what” if he became the Republican nominee next year.

“I want to see what the alternatives are,” Hutchinson said. “And it’s premature to get into what might happen in 2024. That topic will come up.”

“But I want to see everything that I can do to make sure that the alternative exists and that Donald Trump is not the party’s nominee. That is first. And let’s find out how to do it.

‘These people don’t understand that when they persecute me, people who love freedom gather around me. It makes me stronger. What doesn’t kill me makes me stronger,” Trump said Monday night on Truth Social, tagging the post in all caps: ‘STATEMENT ON THE JANUARY 6 COMMITTEE REFERRAL.’

Early Monday, the Democratic-led Jan. 6 House select committee unanimously decided to refer Trump to the Justice Department on four criminal charges. No other president has been the subject of a criminal referral by Congress.

Trump, who has already announced his run for the White House in 2024, responded on Monday night, suggesting the move was politically motivated.

“People understand that the Democratic Bureau of Investigation, the DBI, wants to stop me from running for president because they know I will win and that this whole business of impeaching me is just like impeachment was: a partisan attempt to marginalize me. and the Republican Party,’ he said.

No President of the United States has been the subject of a criminal referral by Congress thus far.