A man who denies he is American fugitive Nicholas Rossi and insists he is instead an eccentric British professor named ‘Arthur Knight’ is facing two more charges of rape and assault, a court has heard.

US state officials in Utah are seeking the extradition of the 35-year-old man, who was arrested in the Covid ward of a Scottish hospital last year.

US authorities say it is Rossi, who they say faked his death in 2017 and fled to Scotland amid allegations he raped a 21-year-old woman in Utah in 2008.

Now, the Edinburgh Sheriff’s Court has heard that US prosecutors have lodged two more extradition requests against the man, who says his name is Arthur Knight of Ireland.

One relates to another rape allegation and one to a sexual assault allegation, and both extradition requests were served on him in court today.

Deputy Attorney Paul Harvey said, “As a result of the extradition process, I was told that two other women in Utah have filed sex crime complaints.” 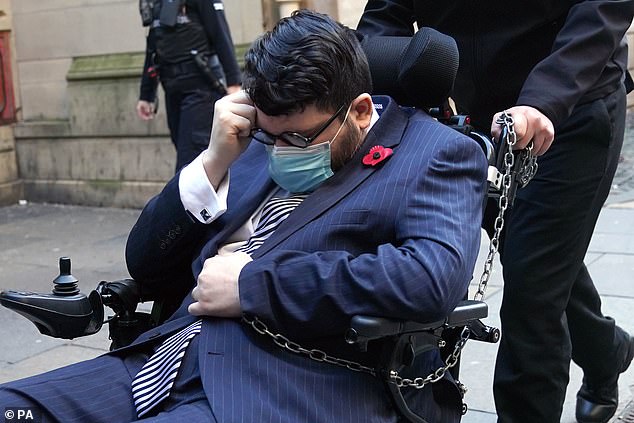 A man (pictured), whom US officials have said is Nicholas Rossi, appeared at an extradition hearing in Edinburgh today.

He said one relates to a rape allegation in Salt Lake City and another to a sexual assault allegation elsewhere.

The man, who arrived in court with his wife Miranda Knight, is already fighting an extradition request from Utah authorities who allege he raped a 21-year-old girl in the state.

He was arrested on December 13 last year after being admitted to Queen Elizabeth University Hospital in Glasgow, under the alias Arthur Knight, for urgent Covid treatment.

He was tracked down following an Interpol tip while on a ventilator in intensive care.

Rossi told US media in December 2019 that he had late-stage non-Hodgkin’s lymphoma and had weeks to live, before multiple outlets reported that he had died in February 2020, with an obituary posted online about him. . 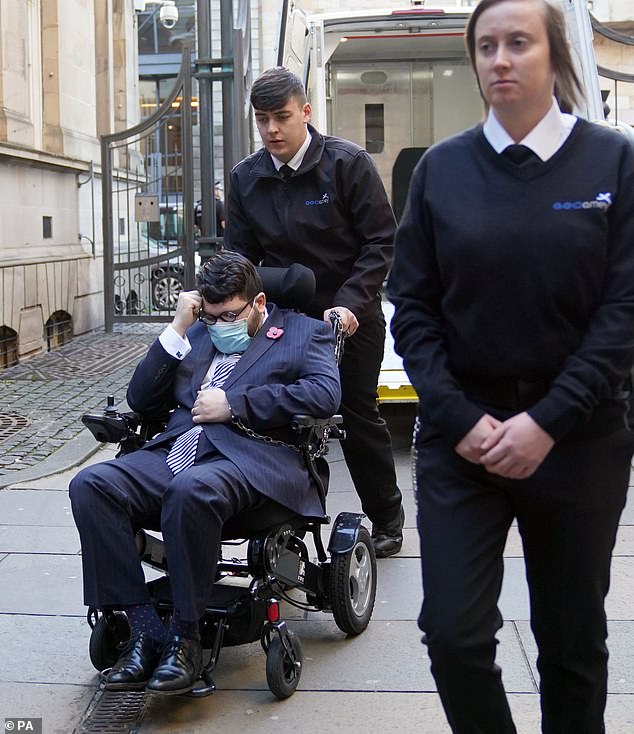 The 35-year-old, who says his name is Arthur Knight, has been fighting an extradition hearing by US authorities since he was arrested in December 2021. He appears in a photo in Edinburgh this morning. 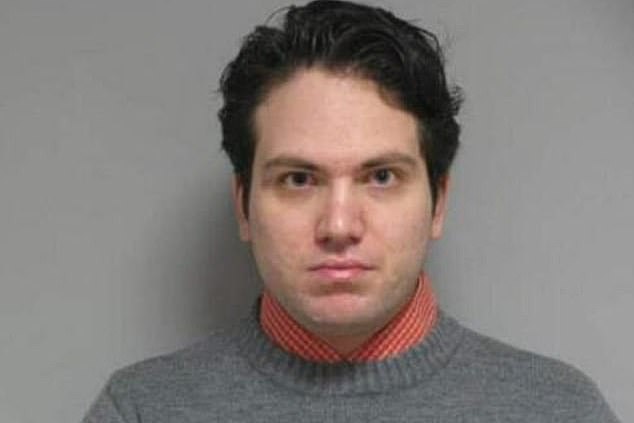 Rossi (pictured) is accused of faking his death from cancer in the US to avoid a sexual assault charge, before fleeing to Scotland. He now faces two more charges of rape and sexual assault.

US authorities say Rossi has several aliases including Nicholas Alahverdian and Arthur Knight,

Utah prosecutors accuse him of fleeing the US to avoid prosecution for an alleged sexual assault in 2008.

He is also said to have attacked women in the states of Rhode Island, Ohio, and Massachusetts.

However, when the man was arrested in Scotland, neighbors claimed he had told them he was a British professor who said he was working at nearby Glasgow University.

It was also claimed that he enjoyed visiting bars wearing suits, drinking whiskey and making political tirades about Brexit. with a neighbor who told The Times: “For someone who was on the run, he really liked drawing attention to himself.”

The suspected fugitive furiously denies he is the American wanted by the FBI and insists authorities mistakenly identified him. 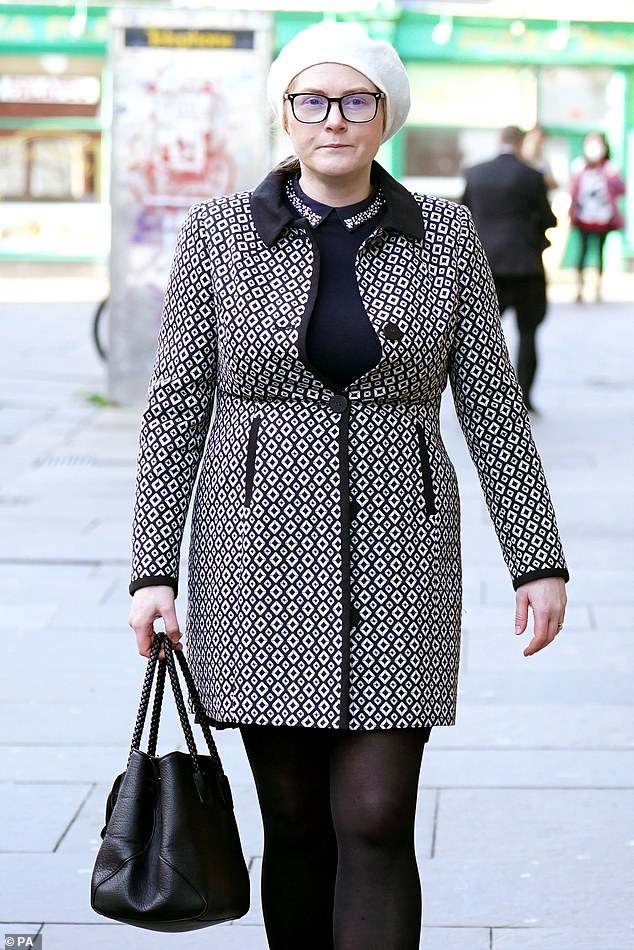 Miranda Knight, the accused’s wife, arrives at the Edinburgh Sheriff’s Court and Justice of the Peace, for a hearing on the extradition of Nicholas Rossi to the USA.

But attempts to explain why he is not Rossi were called “totally outlandish” by Harvey.

It followed evidence from forensic experts on Monday and Tuesday, who claimed the man’s fingerprints were “identical” or “similar” to those of the man wanted by US prosecutors.

Presenting evidence earlier this week, the defendant claimed that the fingerprints on the extradition request (Rossi’s) were doctored and taken by an NHS worker named ‘Patrick’ on behalf of David Leavitt, a county prosecutor. Utah.

He said: “The account that it was a man known only as Patrick who fingerprinted him when he was in a coma at Queen Elizabeth University Hospital, that is not only fanciful but completely outlandish.”

Earlier in the week, Fingerprint Identification Officer (TIO) Lisa Davidson told the court that fingerprints taken by police in July of the man at HMP Saughton prison are “identical” to Rossi’s fingerprints at the Interpol Red Notice and the extradition request. 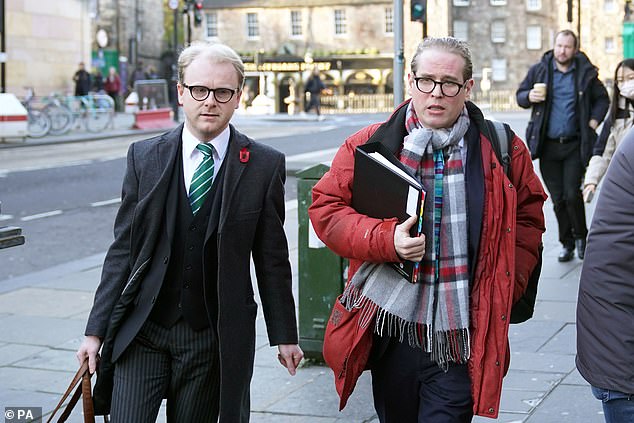 Attorney Paul Harvey, pictured at right with attorney Gareth Reid, called the defendant’s claims that he was not Rossi “totally outlandish.”

On Tuesday, another TIO, Anita Vezza, analyzing the same images, said the fingerprints had “similar characteristics on each one that were unique to that person.”

In his statement on Tuesday, the man claimed he was tattooed while unconscious in hospital and told the court that’s why he has tattoos similar to Rossi’s.

Making his final presentation on Wednesday, the third day of the hearing, Harvey said the sheriff has the information he needs to figure out the man is Rossi.

Your Honor has the fingerprints that alone provide sufficient proof that this man is the person the Americans are looking for. The Lordship of him has photos, tattoos and use of aliases.