President Joe Biden joined the leaders of Canada and Mexico in condemning “attacks” on democracy itself in Brazil after supporters of ousted President Jair Bolsonaro stormed government buildings.

His statement, issued in Mexico City, came after the Brazilian army and police evacuated a camp that Bolsonaro supporters had set up in front of the army headquarters, after emptying seized buildings and making hundreds of arrests. after violent clashes on Sunday.

“Canada, Mexico and the United States condemn the January 8 attacks on Brazil’s democracy and the peaceful transfer of power,” the presidents said.

‘We support Brazil in safeguarding its democratic institutions. Our governments support the free will of the people of Brazil. We look forward to working with President Lula to deliver for our countries, the Western Hemisphere and beyond,” they said. 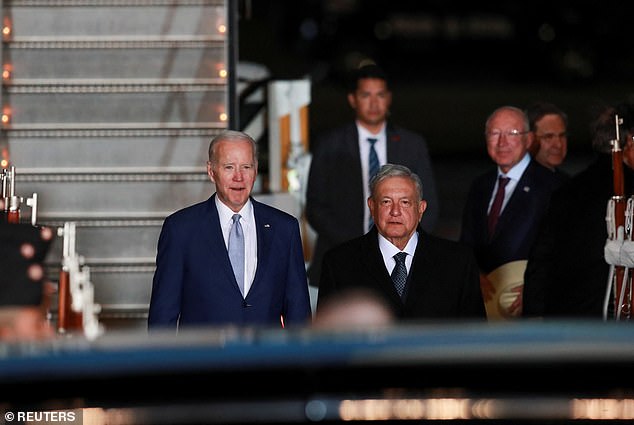 ‘We have expressed confidence because we believe that the democratic institutions of Brazil will be maintained. The will of the people of Brazil will be respected. Brazil’s freely chosen leader will govern Brazil and will not be deterred or misled by the actions of these individuals who have stormed the instruments of government in Brasilia, including Congress, the presidential palace, the Supreme Court. So we believe that Brazilian democracy is resilient, strong and will come out ahead,” he said.

Sullivan said the administration had no direct knowledge of Bolsonaro’s whereabouts or another state, following online postings of his activities in Florida.

“We are not, as far as I know, in direct contact with Bolsonaro. So I can’t speak definitively about his whereabouts,” Sullivan said.

He said the United States had not received any “official requests” and said there were restrictions on discussing visa matters. He also indicated that a Biden call with Lula was in the offing, but did not give an immediate time frame.

The joint statement came after Biden on Sunday condemned the “assault on democracy” in Brazil, calling the situation “outrageous” after supporters of far-right former president Jair Bolsonaro attacked Congress, the presidential palace and the Supreme Court of the country.

The violence represents a disturbing echo of the way supporters of former President Donald Trump attacked the US Capitol on January 6, 2021; an anniversary that Biden has just marked.

Biden made his remarks during a three-hour visit to El Paso, Texas, just before flying to Mexico City for a summit of American leaders.

He later tweeted: ‘I condemn the assault on democracy and the peaceful transfer of power in Brazil. The democratic institutions of Brazil have our full support and the will of the Brazilian people must not be undermined. I hope to continue working with @Lulaoficial’, Lula’s Twitter handle.

His comments came after National Security Adviser Jake Sullivan tweeted: “The United States condemns any effort to undermine democracy in Brazil. President Biden is closely monitoring the situation and our support for Brazil’s democratic institutions is unwavering. Brazil’s democracy will not be shaken by violence.’ 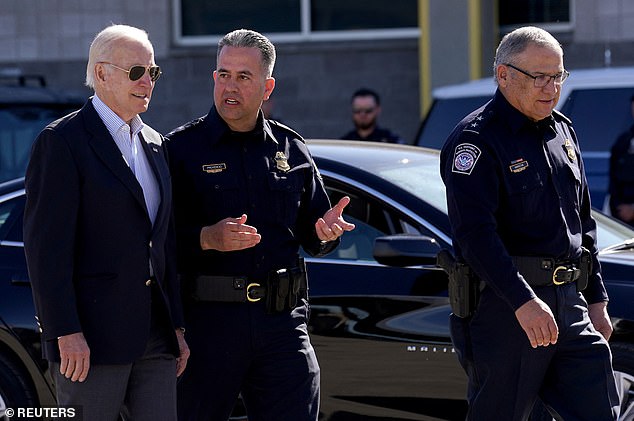 Brazilian President Luiz Inácio da Silva, who was traveling through Sao Paolo when news of the violence broke, called the protesters who stormed Congress “vandals and fascists,” with scenes resembling those of the US takeover. Trump supporters on January 6.

He announced a federal security intervention in the Brazilian capital until the end of the month.

“These vandals, whom we could call fanatical Nazis, fanatical Stalinists… fanatical fascists, did what had never been done in the history of this country,” Lula said, defeating Bolsonaro in an election last year.

‘All these people who did this will be found and will be punished.’

Supporters of the far-right ex-president Jair Bolsonaro have invaded the Congress building, the Supreme Court, the presidential palace and are calling on the military to overthrow the current president Luiz Inacio. 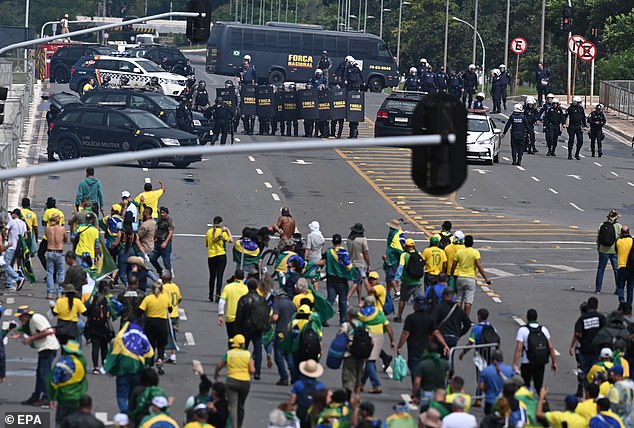 Police and protesters clash in the streets outside government buildings after weeks of anger against the newly inaugurated President da Silva. 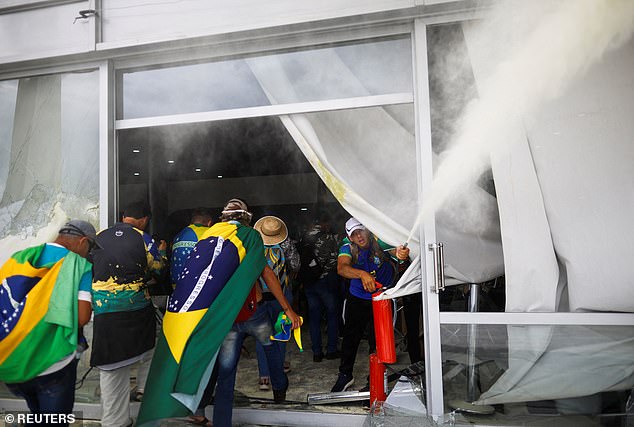 Protesters forced their way into the buildings, breaking windows as they made their way toward the Congress building, the Supreme Court, and the presidential palace. 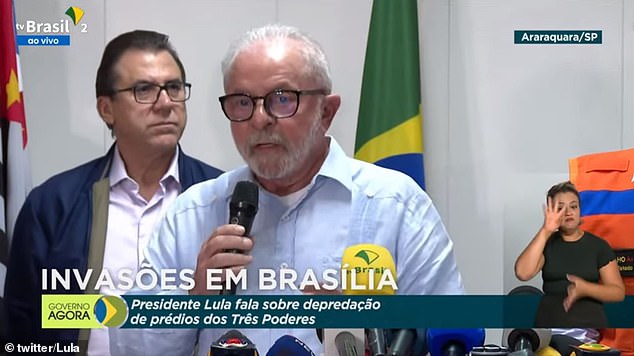 President da Silva said there was “no precedent in the history of our country” and called the violence “acts of vandals and fascists.” He is currently on an official state trip to São Paulo.

The left-wing veteran known as ‘Lula’ has only been in power for a week, having been sworn in a week ago when supporters of the former president claimed the election was stolen.

Footage from the scenes bears an uncanny similarity to those storming the Capitol building on January 6 after former President Trump claimed the election was stolen.

After Lula’s victory, Biden issued a statement calling his victory free and fair, amid Bolsonaro’s repeated attacks on his integrity, though Bolsonaro eventually relented.

‘I send my congratulations to Luiz Inácio Lula da Silva on his election to be the next president of Brazil after free, fair and credible elections. I look forward to working together to continue the cooperation between our two countries in the coming months and years,” Biden said at the time.