President Joe Biden feels vindicated after stemming a Republican red wave Tuesday night, a move that has boosted his prospects heading into the 2024 presidential campaign.

Biden will address the midterm elections at 4 p.m. at the White House, where, in addition to speaking, he will answer questions.

After calling Democrats last night, the president made another round of congratulatory calls Wednesday morning, including to House Speaker Nancy Pelosi and a Republican: Ohio Gov. Mike DeWine.

And he spoke with Democratic senators Mark Kelly and Raphael Warnock, whose races have yet to be called.

Finally, he spoke with Rep. Sean Patrick Maloney and Rep. Val Demings, who both lost their contests.

Republicans are still expected to win control of the House when all the votes are counted, but there was no massive GOP victory, which is what Democrats feared.

Control of Congress has yet to be called as results are still needed in several competitive House districts and key Senate races.

It’s a big change for Biden, whom many Democrats kept at arm’s length ahead of Election Day, spooked by his low approval ratings and voter discontent with the high cost of living.

Concerns about how Democrats would fare in the midterms even prompted some in the party to talk about who should replace Biden as their presidential candidate in two years.

Even with more than 60 House races and four Senate races yet to be called, Biden is expected to defy historic trends of massive losses for a president’s party in midterm elections. 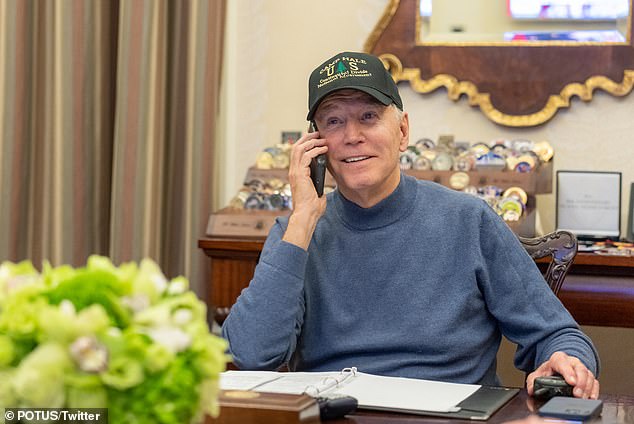 President Joe Biden made a series of congratulatory calls to Democrats Tuesday night, calling more than 30 of them, as seen in this image released by the White House. 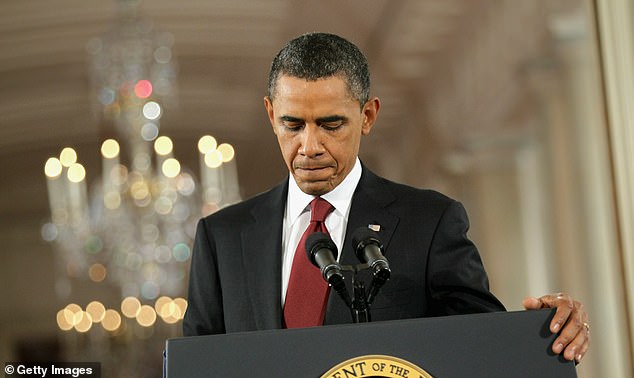 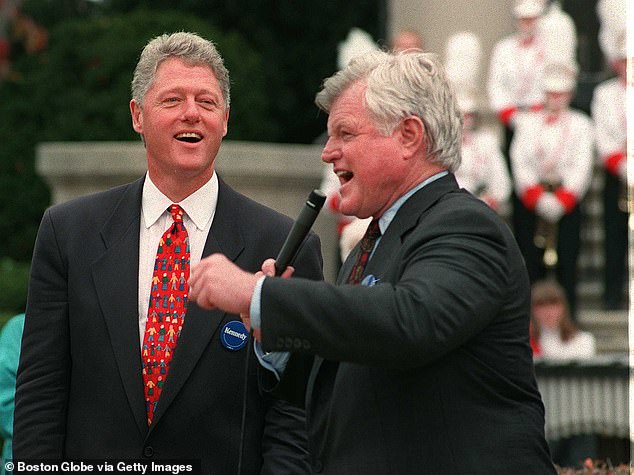 The only modern president who also bucked that trend was George W. Bush after the 9/11 attacks, when his popularity was at an all-time high.

Biden is already doing better than Barack Obama and Bill Clinton in the first midterm elections of his presidency.

President Biden spent election night at the White House, where he called more than 30 Democrats to congratulate them on their victories. He even texted Democratic candidate John Fetterman after Fetterman beat out the famous Dr. Mehmet Oz in the competitive Pennsylvania Senate race.

Even without a red wave, the results of the midterm elections will reshape Biden’s next two years in office. If Republicans take control of the House, as expected, they have vowed to launch a series of investigations into the administration.

Biden, 79, has repeatedly said he plans to run for a second term. But he is expected to discuss the matter at length with his family when they are all together for the holiday season.

In a possible warning sign for 2024, about two-thirds of voters in an AP VoteCast poll said they believe Biden is not a strong leader. More than half said that the president is not honest or trustworthy and that he does not have the mental capacity to serve effectively as president.

But for now, the White House is focused on Tuesday’s results.

Officials point to his successful push for abortion rights and democracy as part of the reason Republicans didn’t make the gains they hoped for.

Multiple states with abortion-related ballot measures appeared headed for victories for abortion-rights advocates, underscoring Democrats’ argument that reproductive rights were a big issue for their base this year after the House decision. Supreme Court to annul Roe vs. Wade.

And it wasn’t just an issue that Democrats supported.

In the red state of Kentucky and the battleground state of Michigan, voters enshrined abortion rights in their state constitution, joining Democrats in California and Vermont in taking that step.

But some observers would argue that Biden better helped his party on Election Night by staying out of it.

The president has held few campaign rallies this election year, focusing on smaller events and fundraisers. He focused primarily on the blue areas, pushing for Democrats to come out and vote.

But his record was on the ballot, even if his name wasn’t. And voters have made it clear that they remain unhappy with the state of the economy under his stewardship. 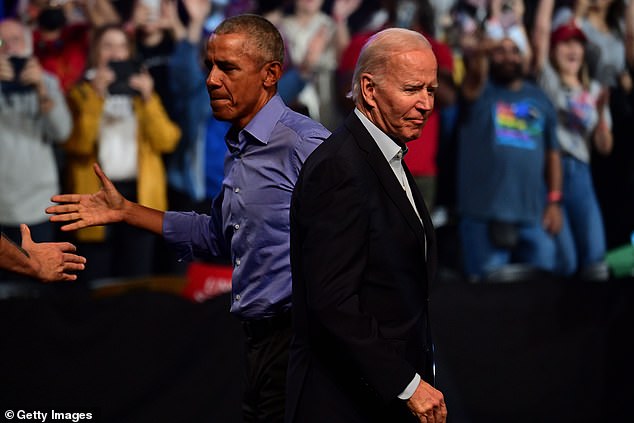 Joe Biden and Barack Obama campaigning together in Philadelphia on Saturday 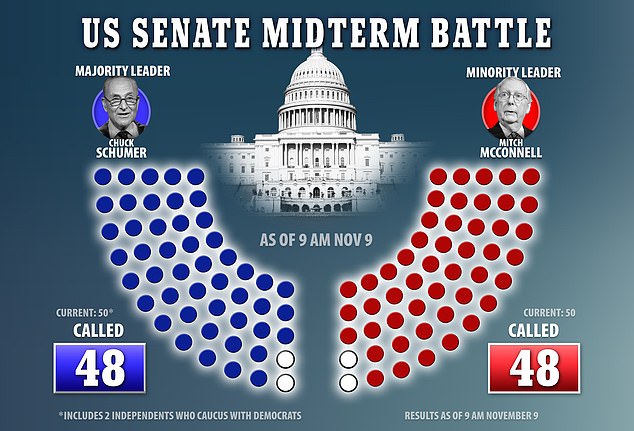 Voters said inflation was their top concern this election year, according to exit polls, closely followed by abortion.

About 33% of voters rated inflation as the most important issue when they cast their ballots, according to exit polls conducted by network television, with about 27% citing abortion.

Other voters cited crime, gun policy and immigration as their top concerns.

In troubling signs for Biden, three-quarters of the electorate who voted Tuesday felt negative about the economy and more than three-quarters said inflation has caused them and their families hardships over the past year, according to polls. exit polls.

They gave the president a 45% approval rating for his time in the Oval Office, citing his discontent with the economy.