In an open letter sent to TwitterAhemWinklevoss, 41, alleged that Silbert, CEO of Digital Currency Group, has delayed for more than a month in returning money he owes to users of the Gemini’s Earn program.

Investors lent Gemini crypto assets in exchange for interest payments of up to eight percent under the Earn program. Gemini, in turn, lent those assets to Genesis Global Capital, one of the companies owned by Digital Currency Group. 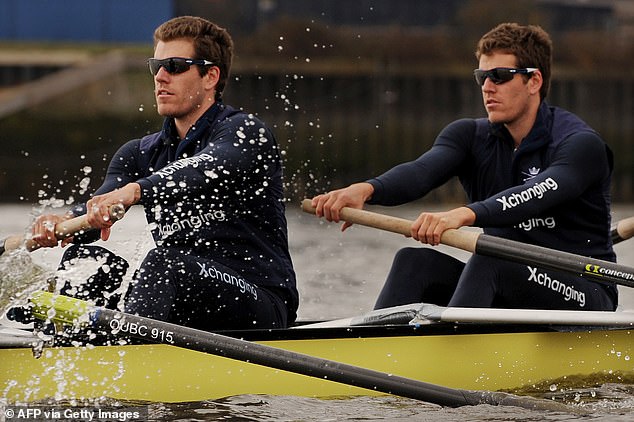 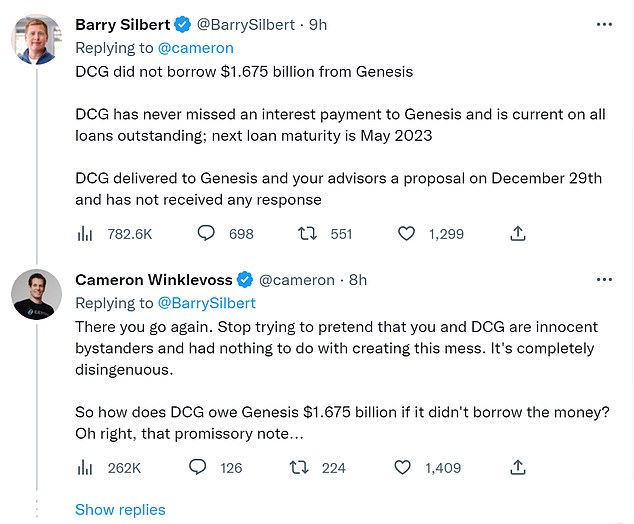 Winklevoss, who runs Gemini Trust Co., a cryptocurrency exchange, has clients who are owed $900 million that the firm lent to Genesis, a DCG subsidiary.

That hiatus has caused a liquidity crisis for Gemini that the Winklevoss twins now appear to be litigating via the real-time Twitter war.

Tyler and Cameron Winklevoss founded Gemini together in 2014 and quickly became cryptocurrency evangelists whose combined net worth skyrocketed to $4 billion at the cryptocurrency peak.

The six-foot-five twins have been in the business world spotlight since their incredibly public legal battle with Mark Zuckerberg over the intellectual property that became Facebook nearly 20 years ago.

The high value hottie couple have previously been linked to various beauties on their social circuit, but neither have settled down, preferring to live next door to each other and more recently have developed a passion for music.

The two are the front men for the band Mars Junction, which even in the midst of the crypto-recession has been touring mainly covering covers of classics by bands like Journey and Rage Against the Machine.

After the so-called Crypto winter and the subsequent implosion of FTX and its ripples in the market, the net worth of each twin has dropped considerably and is currently closer to $1 billion.

Silbert’s net worth, accumulated in large part due to his crypto empire, was estimated at $3.2 billion as of mid-2022, a figure that has likely dropped significantly after the events of the past few months.

In the letter he released Monday, Winklevoss accused Silbert of repeatedly dodging Gemini executives over the past month and a half and refusing to set up a payment plan for the $900 million Gemini loaned to Genesis.

Gemini and Tyler and Cameron Winklevoss were sued last week by investors for fraud and for allegedly selling interest-bearing accounts without registering them as securities.

Winklevoss accused Digital Currency Group of owing $1.675 billion to Genesis, money that could be used to pay off Gemini, as well as other Genesis lenders.

However, in an online response, Silbert said that DCG did not borrow the money from Genesis and has made all outstanding loan payments to Genesis.

In addition, he stated that “DCG delivered a proposal to Génesis and its advisors on December 29 and has not received any response.” 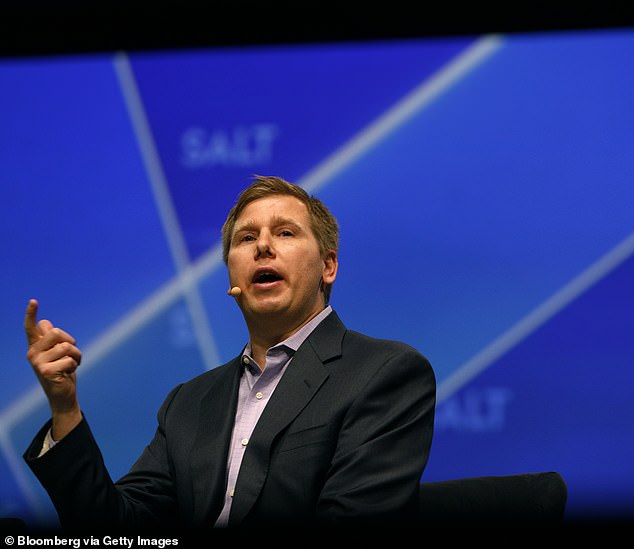 Barry Silbert, founder and CEO of Digital Currency Group, the entity that owns Genesis, says that DCG did not borrow $1,675 from Genesis. 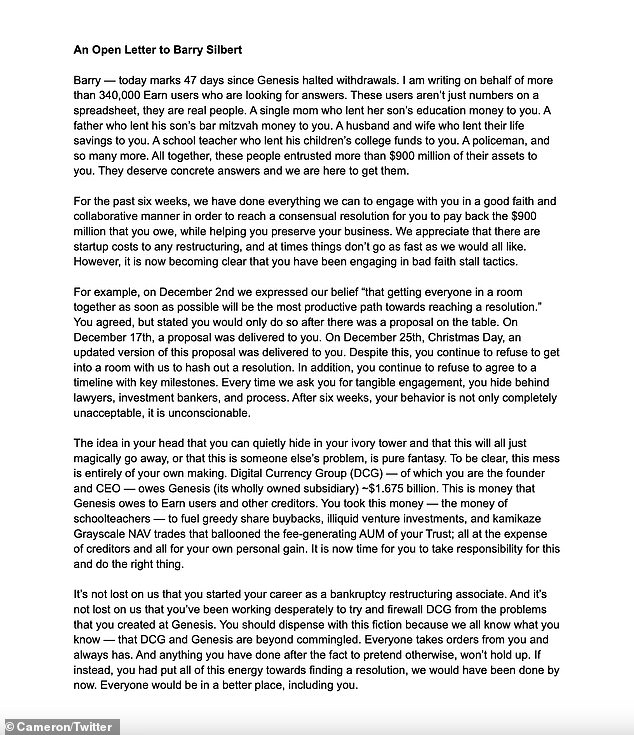 Cameron Winklevoss wrote an open letter to Barry Silbert about the $900 million his Gemini clients are owed.

Cameron was linked to model Natalia Beber for several years in the last decade. 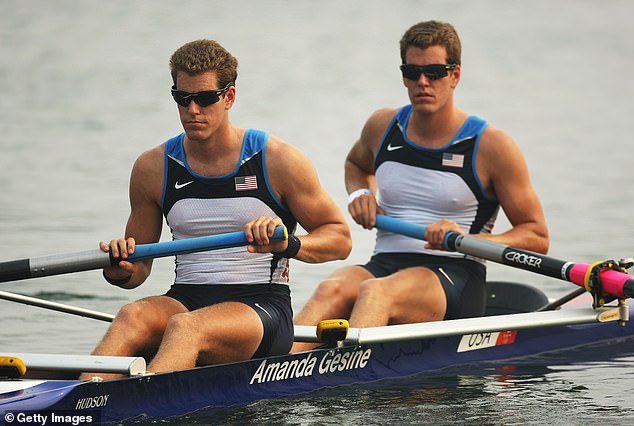 The twins were portrayed as Harvard celebrities who had a bone to pick with Mark Zuckerberg in The Social Network (2010). 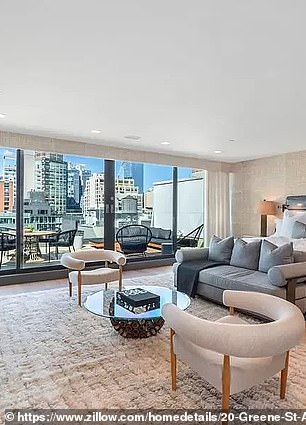 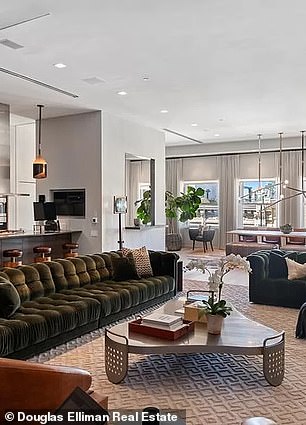 Winklevoss replied: ‘There you go again. Stop trying to pretend that you and DCG are innocent bystanders and had nothing to do with creating this mess.

It is completely false.

‘So how does DCG owe Genesis $1.675 billion if they didn’t borrow the money? Oh right, that IOU…’ Winkelvoss wrote, implying that Genesis lent the funds to DCG.

Genesis previously told clients that due to its exposure to FTX it could take ‘weeks’ to find a potential way forward and that bankruptcy is a distinct possibility.

Winklevoss, facing lawsuit and mounting pressure from his own angry clients, said he had offered Silbert multiple proposals for a way forward, including one recently on Christmas Day.

He claimed that the $1.675 billion “is money that Genesis owes to ‘Gemini customers’ and other creditors.”

“It is not lost on us that you have been working desperately to try and DCG firewall the problems you created in Genesis,” Winklevoss wrote.

“You should get rid of this fiction because we all know what you know: that DCG and Genesis are more than mixed.”

The money in question, Winklevoss wrote, was used for failing DCG ventures, as well as “greedy stock buybacks” and “illiquid venture investments.” 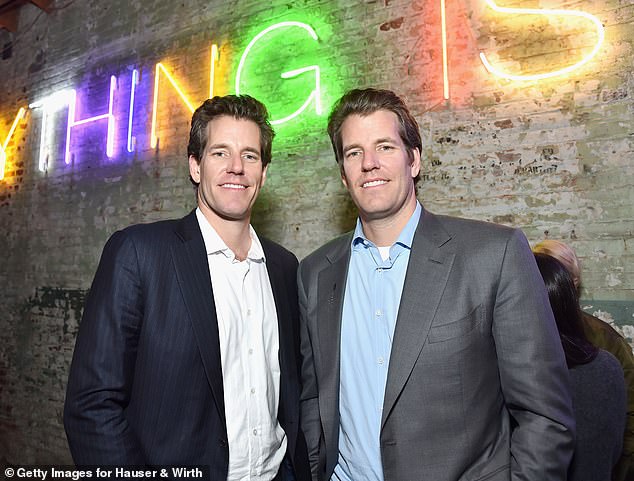 The Winklevoss twins, Cameron (L) and Tyler (R), have been in the business world’s spotlight since their incredibly public legal battle with Mark Zuckerberg over the intellectual property that became Facebook. 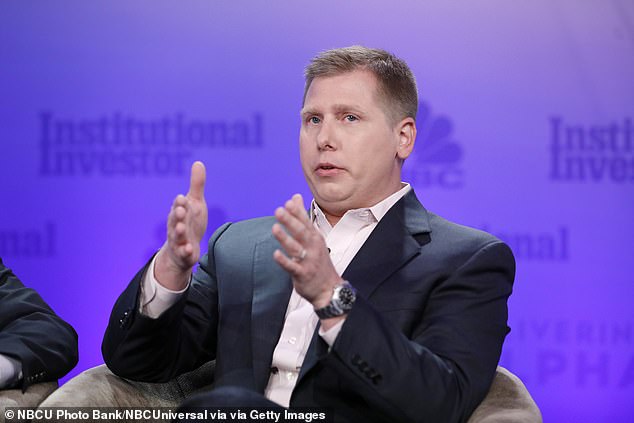 Silbert started DCG in 2015, was previously an investment banker, and created and sold the Second Market stock trading platform to Nasdaq in 2015 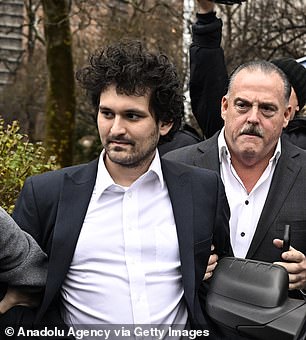 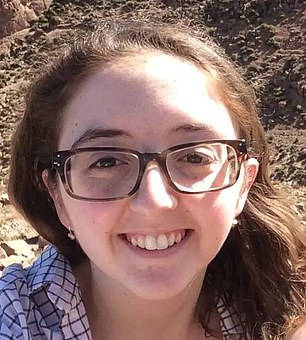 The relationship between DCG and Genesis bears similarities to that between decimated crypto trading firm FTX and its sister trading arm Alameda Research.

The Gemini/Genesis breakup is the most recent result of the FTX/Alameda Research collapse, and the relationship between Genesis and DCG somewhat reflects the troubled mix of FTX and Alameda.

FTX founder and disgraced former CEO Sam Bankman-Fried will appear in Manhattan court on Tuesday to plead guilty to fraud charges by US prosecutors. He has been informed that he will plead not guilty.

While Bankman-Fried may well face a lengthy prison sentence, the consequences for other big cryptocurrency bosses whose client base will likely end up raking in millions of dollars remain unclear.

Billionaire Silbert’s DCG is the parent company of five crypto-focused companies, the largest of which is Grayscale, a digital asset manager that oversees $28 billion worth of Bitcoin, Ether and other assets.