And while the roster of artists is extensive and varied, due in part to the change in criteria, there are a few questionable decisions that have outraged fans, but likely none more galvanizing than having Celine Dion left off the list, according to TMZ.

Known for her powerful and technically skilled vocals, the Canadian singer, 54, has also amassed more 200 million record sales worldwide, all while winning a slew of accolades and awards over her five decades in the limelight. 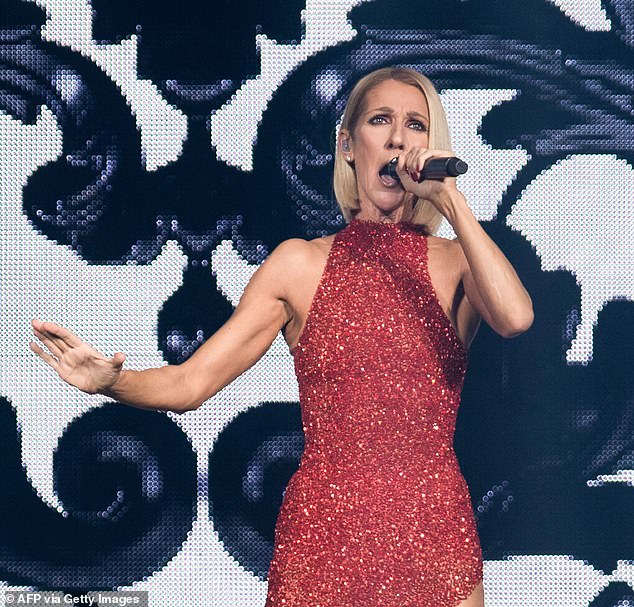 Fan backlash: Despite being known for her powerful and technically skilled voice, Celine Dion, 54, was left off of Rolling Stones’ new 200 Greatest Singers Of All Time, which is an update of its 100 Greatest Singers list from 2008; the Canadian singer is seen in September 2019

There doesn’t appear to be any big surprises in the Top 10 of the RS list, other than Dion being snubbed.

Many would agree that having Aretha Franklin at the number one spot is a no-brainer, which was followed up by Whitney Houston, Sam Cooke, Billie Holiday and Mariah Carey, Ray Charles, Stevie Wonder, Beyonce, Otis Reeding and Al Green.

While soul and R&B artists dominated the Top 10, the number 11-20 was far more varied and eclectic with the addition of rock and pop singers.

Some fans outraged over the Dion snub would like point out some of the questionable names on the updated roster that don’t have what most people would consider a classic voice, but that’s where the new criteria comes into play. 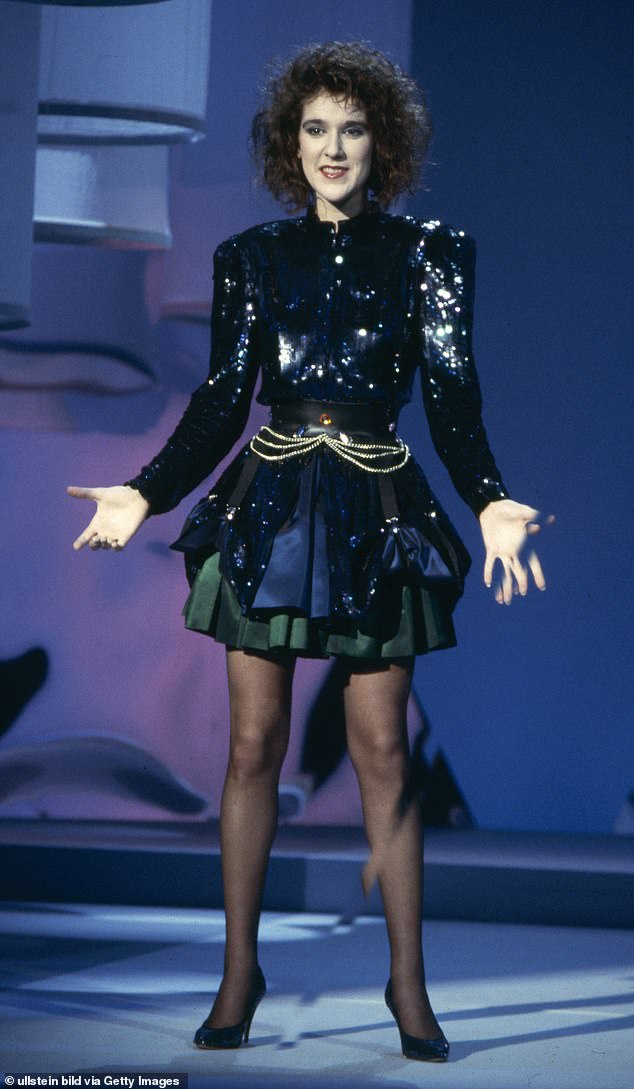 Star shining bright: After breaking out as a star in her native Canada with French-language albums in the 1980s, Dion would cross-over to English and become a global superstar after the release of The Colour Of My Love (1993); she’s pictured performing in 1988 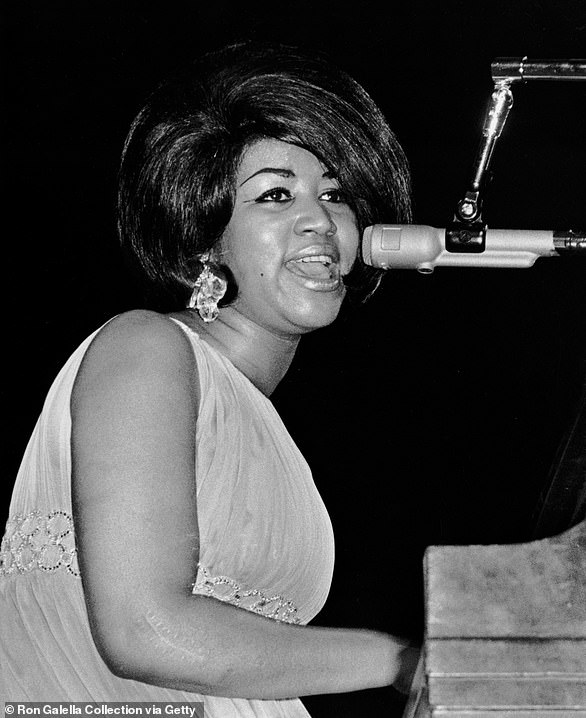 Aretha Franklin topped Rolling Stone’s list of the 200 Greatest Singers of All Time. The magazine described her voice as ‘A force of nature. A work of genius. A gift from the heavens’ 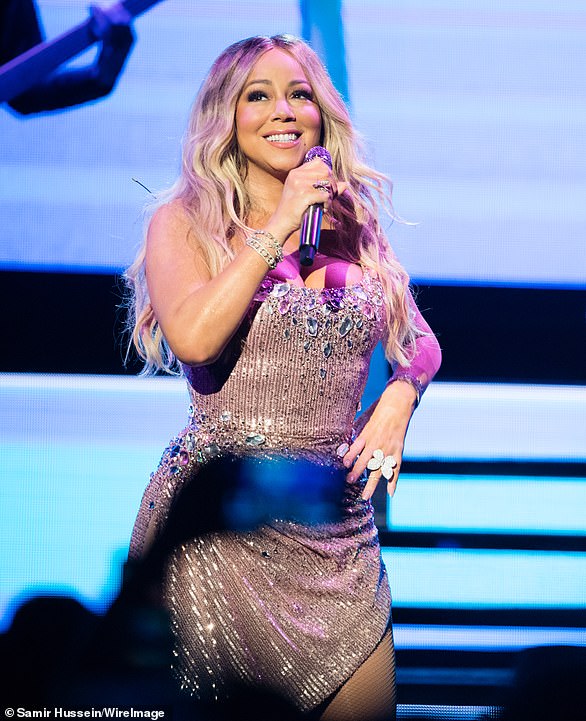 Rolling Stone praised Mariah Carey’s five octave range and gushed ‘Everything from coy, breathy coos to guttural, full-bodied belts can be deployed with equally electrifying results.’ Carey came in at number 5 in the top 200 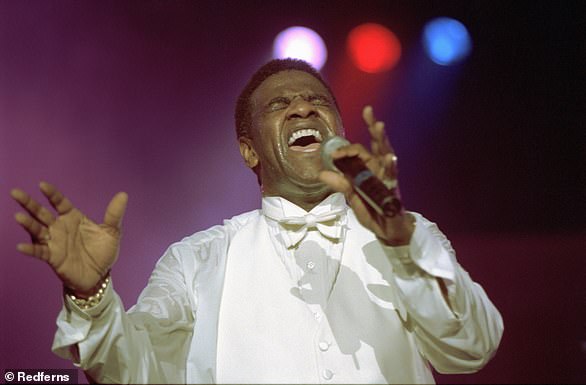 Al Green, at number 10, is described as being able to ‘evoke rapturous transport like it’s effortless.’ Rolling Stone added: ‘Few singers create the illusion of being carried away by the very song they’re singing the way he can’

Plus, it’s obvious that crooners like Leonard Cohen (#103), Bob Dylan (#15), Lou Reed (#107) and Johnny Cash (#85) leaned more on attitude and a unique poetic style in their vocal delivery and lyrics.

But readers need to remember that when Rolling Stone first published its 100 Greatest Singers list in 2008, journalists ‘used an elaborate voting process that included input from well-known musicians’ that skewed toward classic rock and singers from the 1960s and 1970s.

This updated version was complied by the publication’s staff and key contributors, and trended towards the last 100 years of popular music, while asking its readers to ‘keep in mind that this is the Greatest Singers list, not the Greatest Voices List.’

What seemed to matter the most to RS journalists was ‘originality, influence, the depth of an artist’s catalog, and the breadth of their musical legacy. 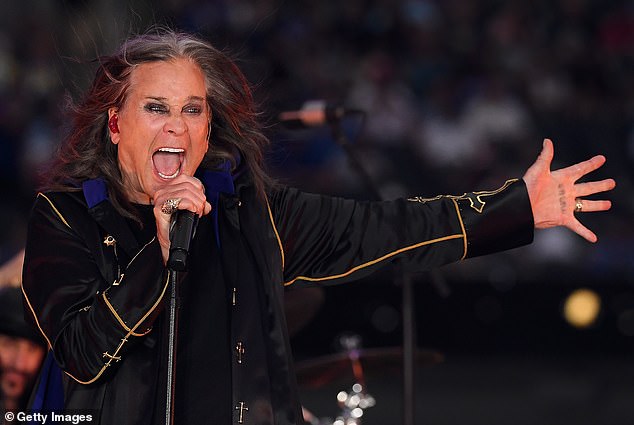 Making the case: Many fans and critics would argue against rocker Ozzy Osbourne (#112) being on the RS list while Dion was left off 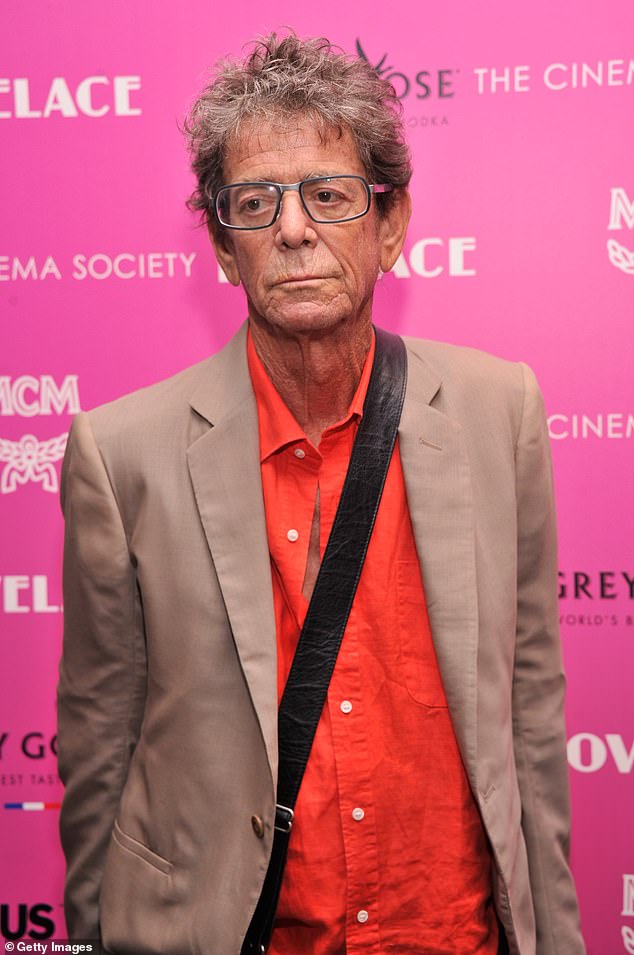 Making the case: Dion fans and singing experts would also argue against the crooners that made the list like Lou Reed, Bob Dylan and Johnny Cash, as well as many of the pop stars: the late Velvet Underground star is seen in June 2013, four months before his death 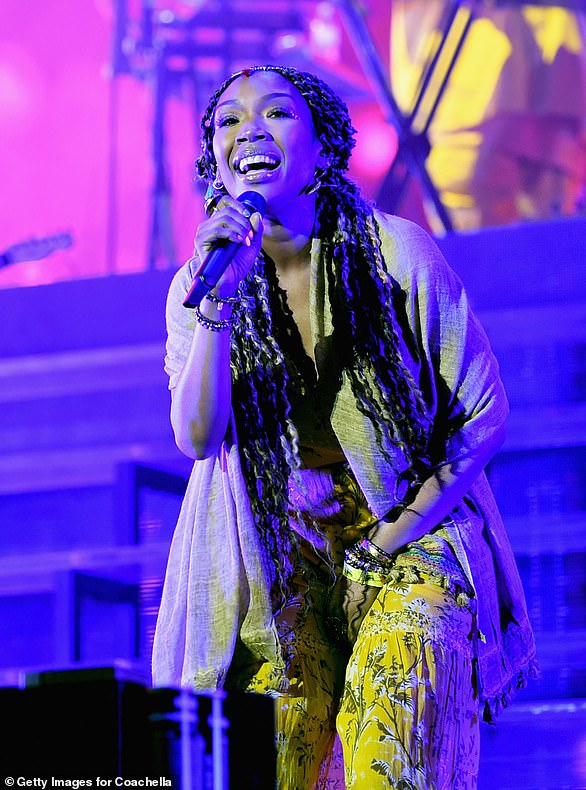 Brandy made the cut, according to Rolling Stone, for her ‘transition from Nineties teen queen — America’s sweetheart on the sitcom Moesha — to sophisticated adult R&B stylist’ 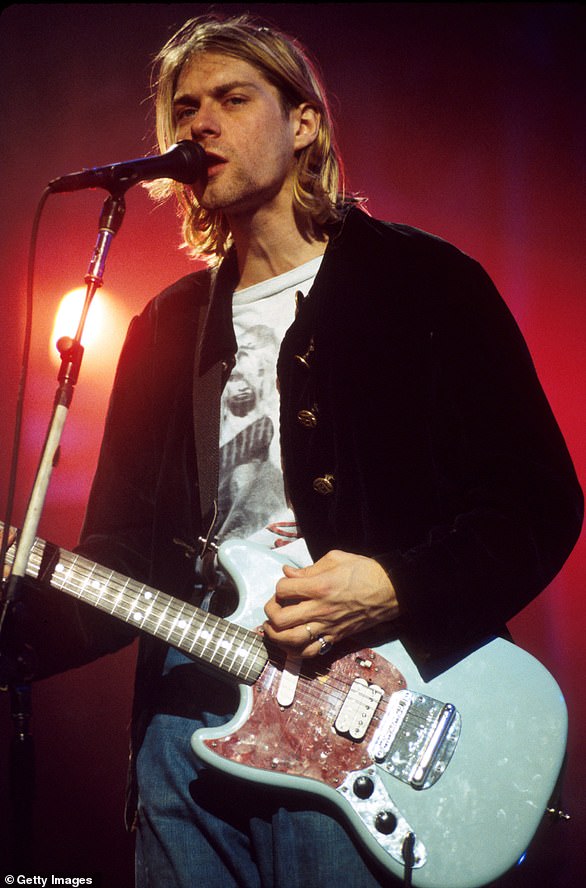 Nirvana frontman Kurt Cobain is included in the list because his voice ‘was a sound at war with itself: often harsh to the point of being grotesque but resolutely melodic even at its ugliest’ 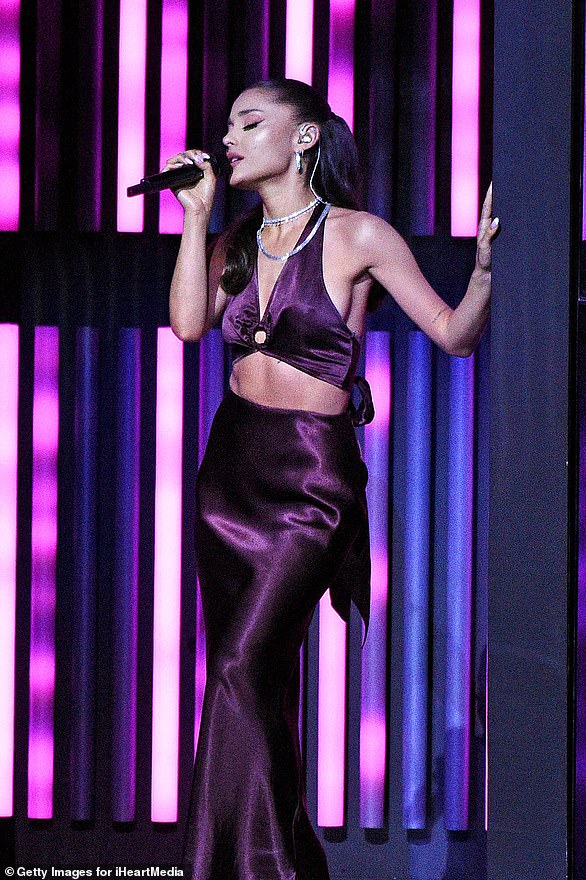 There ‘are layers to her genius,’ said Rolling Stone about putting Ariana Grande on their list of greatest singers. ‘Ariana is such an apt and knowledgeable vocalist that she also recognizes the power of restraint, wielding her gift in both showstopping and simple ways’ 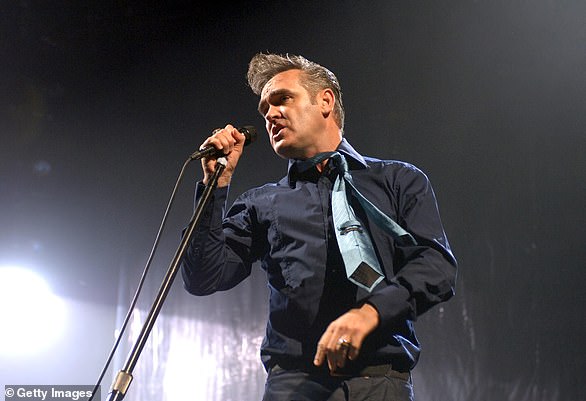 British vocalist Morrissey is described as ‘one of pop’s most emotionally articulate singers.’ Rolling Stone states: ‘Nobody can top Morrissey when it comes to flamboyantly melancholy ballads’

‘These are the vocalists that have shaped history and defined our lives — from smooth operators to raw shouters, from gospel to punk, from Sinatra to Selena to SZA,’ the article read.

Dion is far and away one of the most accomplished and impactful singers in modern history after having first emerged in her native Canada as a teen star with a series of french-language albums in the 1980s.

She would go on to gain international fame by winning the 1988 Eurovision Song Contest.

In the wake of her third English-language album, The Colour Of My Love (1993), the Charlemagne, Quebec, Canada native had become a global superstar.

It appears Dion, herself, doesn’t seem to care that she was left off the Rolling Stone 200 Greatest Singers Of All Time, considering she hasn’t responded publicly 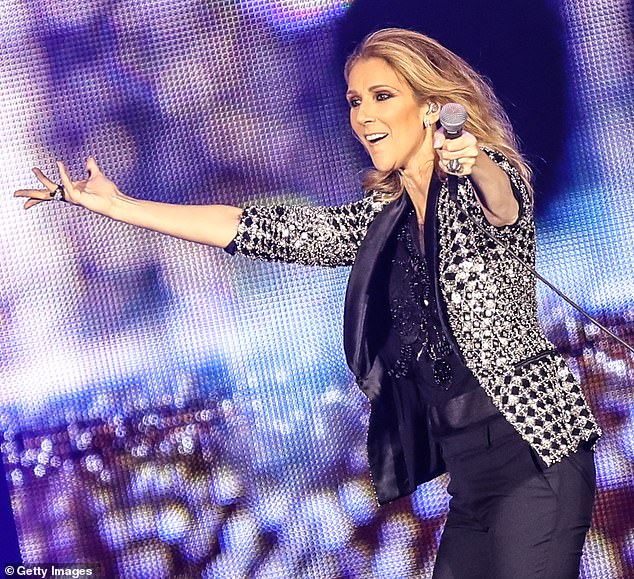 Major credentials: With sales of more 200 million record sales worldwide, Celine Dion is among the best-selling musical artists of all time; she is seen performing in France in July 2017