Stephanie Nash, a Tennessee farmer and agricultural advocate, told FOX News: ‘I definitely think we have a food security threat.

Food prices have already been outpacing the rate of inflation, Labor Department data shows, with food prices rising 10.6 percent in November over the same period in 2021, while headline inflation reached 7.1 percent.

The difference was most pronounced in the price of eggs, which rose more than 30 percent this year due to a devastating bird flu that killed 40 million chickens.

Now, with fertilizer and fuel shortages continuing, extreme weather in the United States, and interest rates rising, Nash says the situation can only get more dire. 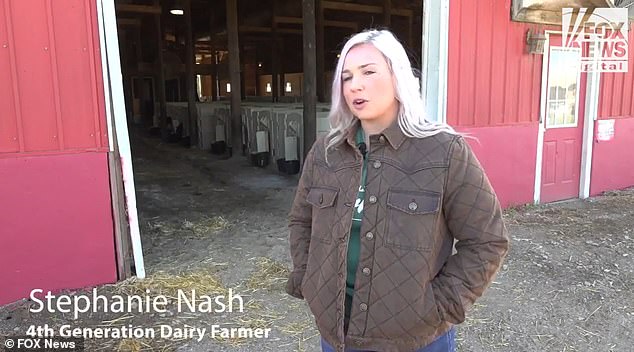 Stephanie Nash, a Tennessee farmer and agricultural advocate, told FOX News, “I definitely think we have a food security threat.” 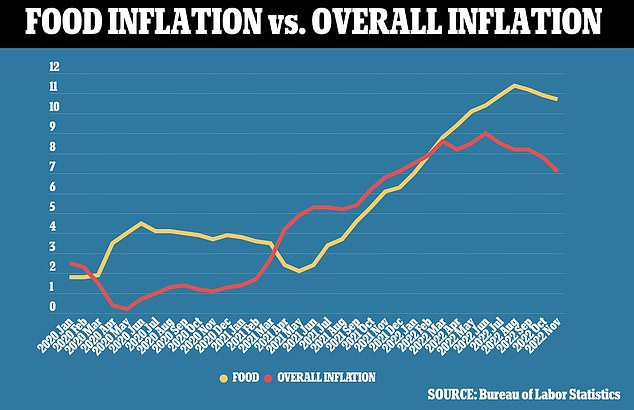 Food prices have outpaced the rate of inflation, data from the Bureau of Labor Statistics shows

“2022 was a really tough year,” said the 29-year-old dairy farmer, though she added: “I think there will be a lot of shortages next year for sure.”

Supply chain issues have already been affecting American consumers during the global pandemic, as the price of exporting and transporting goods has increased.

Farmers faced problems exporting their produce to other countries, forcing them to lose valuable income or pay high prices to ship their produce, such as prices for crop protectors, fertilizers, tires and spare parts for farm equipment, as well as chips. of computers for tractors and the price of gas increased exponentially.

At the same time, these struggling farmers are coming under pressure from rising interest rates as the Federal Reserve looks to avoid a recession.

Most American farmers take out short-term, variable-rate loans each year to pay for everything from seeds and fertilizer to livestock and machinery, according to Reuters.

These loans offer lower rates, but expose borrowers to the risk of higher costs if interest rates rise, which the Federal Reserve has consistently voted for in recent months.

The central bank’s lending rate ranges from 4 to 4.5 percent, the highest in 15 years. 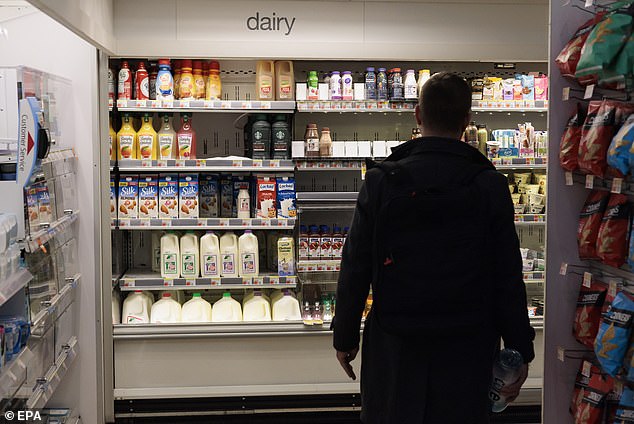 American consumers are already seeing fewer products in the store as farmers struggle to meet demands amid high interest rates. 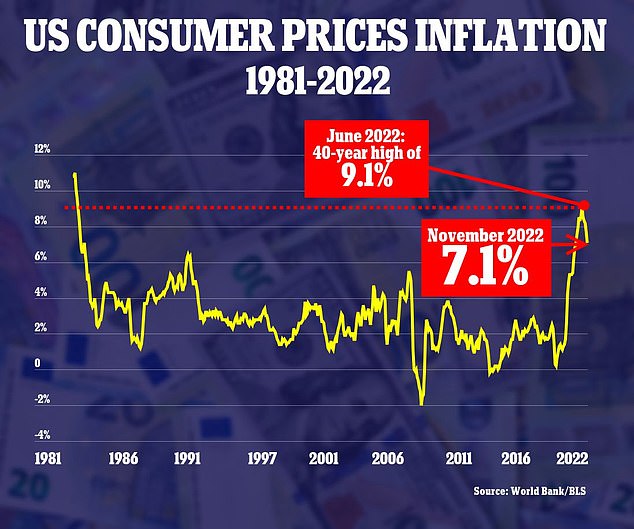 Year-on-year inflation rose to 7.1% in November, after peaking at 9.1% in June 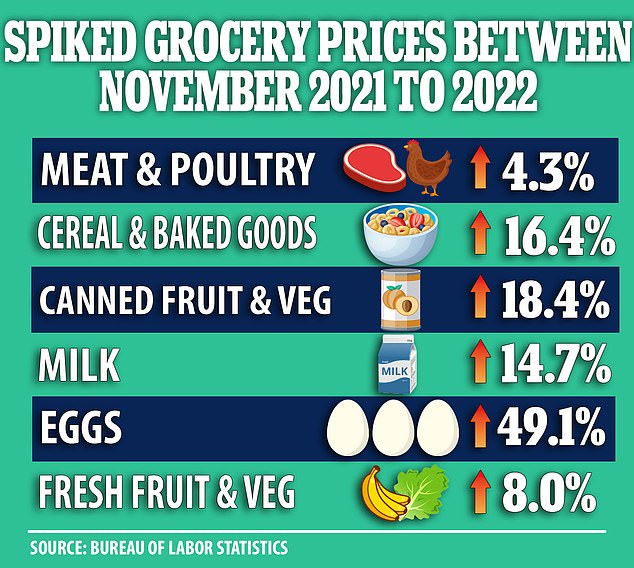 The difference was most pronounced in the price of eggs, which rose more than 30 percent this year due to a devastating bird flu that killed 40 million chickens.

As a result, Reuters reports, the average size of bank loans to operate a farm has risen to a nearly five-decade high, while average interest rates for farmers are at their highest level since 2019.

And with widespread droughts affecting the amount of crops farmers can grow, farmers are struggling to keep up with these debts.

The total interest expense of the agricultural sector, the cost of accumulated debt, is expected to reach $26.5 billion by the end of this year, almost 32 percent more than last year and the highest since 1990 when adjusted for inflation. .

“There are family farmers and ranchers who can’t pay their bills,” Nash said.

‘You talk about loans, that’s a big problem. Food costs are rising, the overall production of our operation is increasing.

“We have to be able to get paid more to do it.”

Farmers must now decide whether to reduce their crops and livestock as they try to pay off these larger loans.

“We see products in the grocery store go up, and I think a lot of people don’t understand that,” Nash said. “We are not the ones who push to increase, we are earning less than ever.” 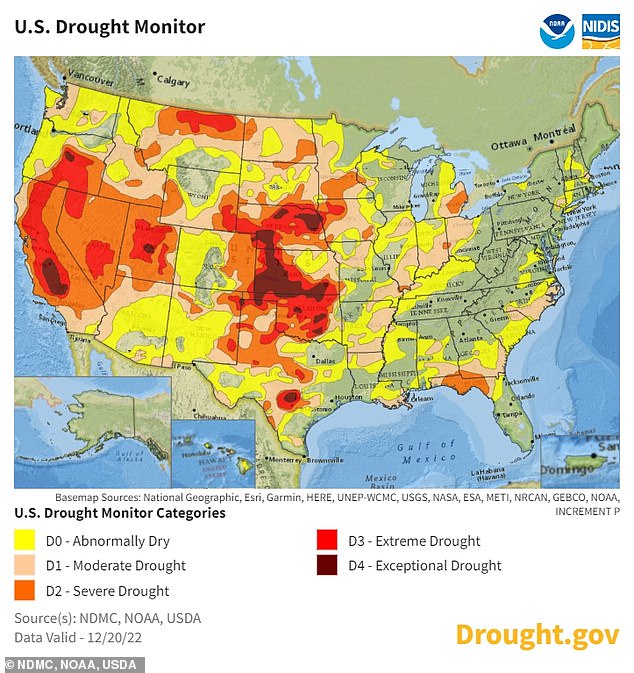 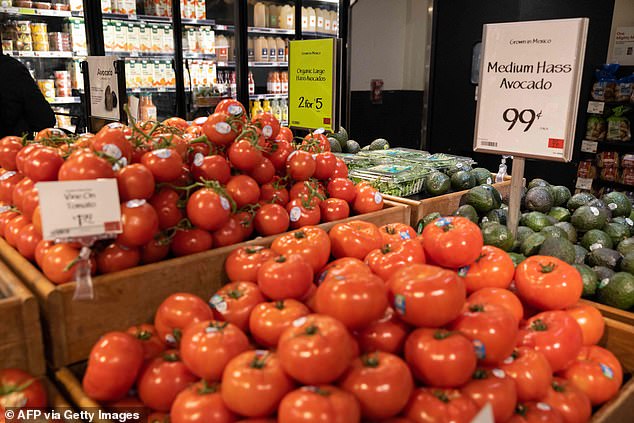 Prices at grocery stores have risen as struggling farmers pass the cost of expensive raw materials on to consumers.

Many farmers have already been forced to sell their livestock and even kill some of their existing crops amid the ongoing drought conditions.

In August, the American Farm Bureau Federation reported that 37 percent of farmers on the Great Plains up to California they were wiping out crops that would not reach maturity, up 13 percent from last year.

A third of farmers also reported destroying or removing multi-year fruit trees and other crops, up from 17 percent the year before, while two-thirds of those surveyed reported selling parts of their herd or herd.

Herds were down 50 percent in Texas, where one rancher said, “We’ve sold half our herd and we may not be able to feed the rest.”

And in New Mexico and Oregon, herds were down 43 and 41 percent, respectively.

Farmers there said they were forced to do so due to ongoing drought conditions, which continue to ravage the United States with 53.2 percent of the lower 48 states still locked in a drought as of Tuesday.

Zippy Duvall, president of the Farm Bureau Federation, told CNN at the time that Americans may feel the effects of this drought “for years to come.”

He explained that American consumers will now have to spend even more on certain meats and crops as they consider “partially relying on foreign supplies or reducing the diversity of items they buy in the store.” 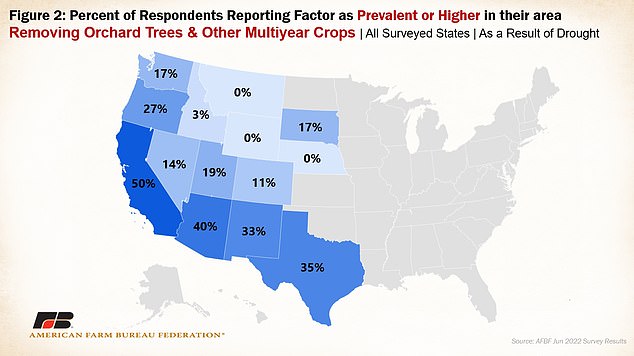 The American Farm Bureau Federation survey found that a third of farmers reported destroying or removing multi-year-old fruit trees and other crops. 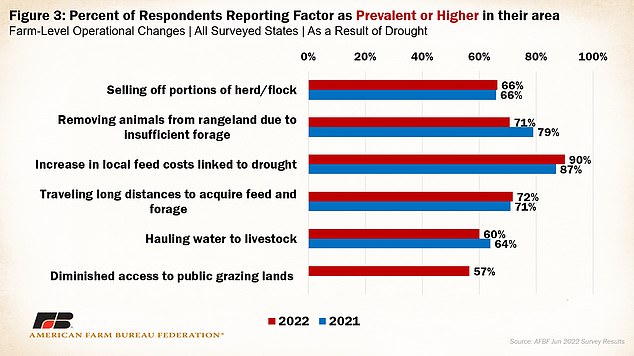 It also found that two-thirds of those surveyed have had to sell part of their herd or herd during the drought.

“I think it’s a big threat to the United States: weather, drought and water,” Nash explained.

Added Nash: “We have to be beer to get paid more to make it and stay in the family farming and ranching community.”