‘This is not about a football player, this is about a human being’: Former Pittsburgh Steelers safety Ryan Clark puts Damar Hamlin’s cardiac arrest into perspective as Bills star fights for his life

By Kate Mcgreavy for Dailymail.Com

Super Bowl champion Ryan Clark said Damar Hamlin’s cardiac arrest was “not about a football player” but “about a human being” as the 24-year-old fights for his life.

The former Pittsburgh Steelers safety, who suffered his own medical emergency in 2007, was on ESPN’s SportsCenter when Hamlin collapsed during the Buffalo Bills’ game against the Cincinnati Bengals.

Hamlin went into cardiac arrest and was rushed to the hospital, where he remains in critical condition hours after he tackled an opposing Bengals receiver. There has been a shower of good wishes for the young player. 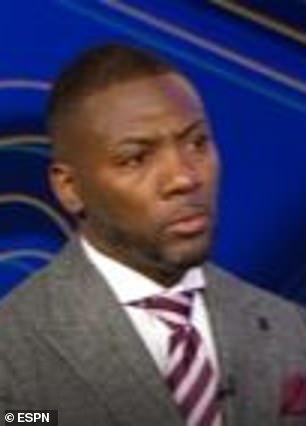 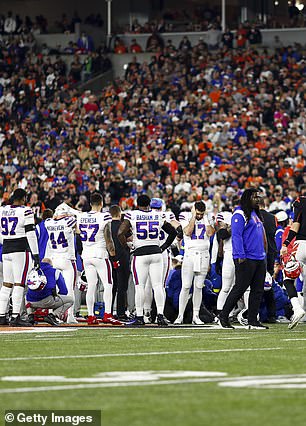 In a chilling scene, 24-year-old Hamlin received CPR on the field while surrounded by teammates, some of them crying, while shielding him from public view.

“This is about Damar Hamlin,” Clark began Monday night.

“This is about a 24-year-old living his dream, who a few hours ago was getting ready to play the biggest game of his NFL career and there was probably nowhere else in the world he wanted to be and now Fight”. for his life 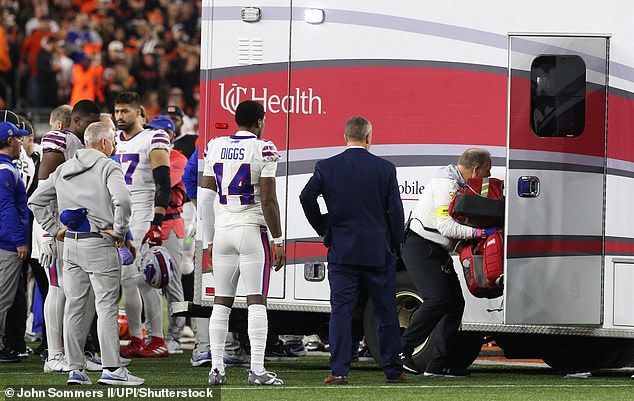 In a chilling scene, Hamlin received CPR on the field while surrounded by teammates.

“When Damar Hamlin falls onto the pitch, you see the medical staff running onto the field and both teams are on the field, you realize this is not normal, this is not just football.

“When you see both teams on the field crying like that, your first thought is for Damar Hamlin, your second thought is for her family. This is not about a football player, this is about a human being, a brother, a son, a friend, someone who is loved by so many that you have to go through this.

“I’ve dealt with this before and watched my teammates for days come to my hospital bed and cry. I had them call me and say they didn’t think I would make it and now this team has to deal with it and they have no answers. .’

Clark was rushed to the hospital during a game with the Steelers against the Denver Broncos 16 years ago. He suffered a splenic infarction related to a sickle cell trait condition that he was diagnosed with as a child. 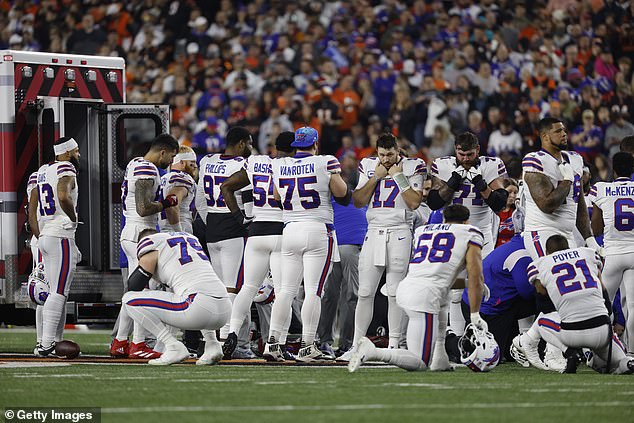 Some of his Buffalo Bills teammates were in tears as they shielded him from public view.

Clark concluded on ESPN: “The next time you think we’re getting mad about our favorite fantasy player or the guy on our team not making the play or saying it’s worthless and saying you can do anything.” This money, we have to remember that they are risking their lives to live his dream and tonight Damar Hamlin’s dream turned into a nightmare, not only for him, but also for his family and the whole team.

Hamlin was surrounded by players from both sides and received treatment for 16 minutes before being pinned and carried off the field.

Players from both teams were visibly stunned by what happened, with many crying on the field. The game was postponed by the NFL.

His teammate Stefon Diggs later joined Hamlin in the hospital. About 100 Bills fans and a few Bengals fans gathered on a corner a block from the ER entrance with some of them holding candles.

As medical personnel gathered around Hamlin, they cut off his game uniform.

Tee Higgins, the man Hamlin was accosting, tweeted: ‘My thoughts and prayers are with @HamlinIsland (and) the Hamlin family. I’m praying you pull through, brother. Love.’