Democrat Mark Kelly WINS re-election in Arizona and defeats Trump-backed Blake Masters, leaving Democrats one seat away from control of the Senate.

By Harriet Alexander for Dailymail.com

Mark Kelly has been re-elected to the Senate in Arizona in a crucial victory for Democrats and yet another blow to Donald Trump.

The news now puts his party one victory away from gaining control of the chamber for the next two years of Joe Biden’s presidency.

With Vice President Kamala Harris’ tiebreaking vote, Democrats can keep control of the Senate if they win the Nevada race, which is still too early to call, or next month’s Georgia runoff.

Republicans must now win both contests to gain a majority. 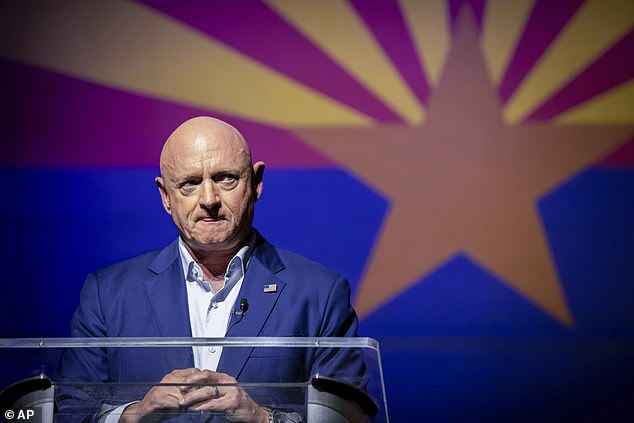 Mark Kelly has been re-elected to the Senate, representing Arizona. His victory means Democrats are just one win away, whether it be Nevada or Georgia, from seizing control of the Senate for the remainder of Joe Biden’s term. 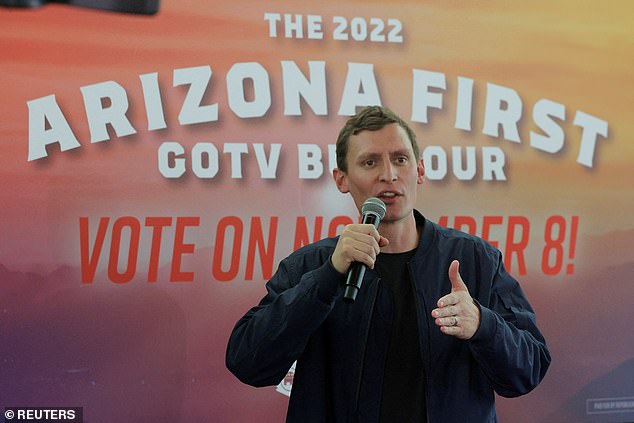 The Arizona race is one of the few races that Republicans have targeted in their bid to seize control of the Senate 50-50.

It was proof of the strides Kelly and other Democrats have made in a state once reliably dominated by the GOP.

Kelly’s victory suggests that Democratic success in Arizona was not an aberration during Donald Trump’s presidency.

Other Arizona contests, including the closely watched gubernatorial race between Democrat Katie Hobbs and Republican Kari Lake, were too early to be announced Friday night.

Kelly, who has flown into space four times, is married to Giffords, who inspired the nation with her recovery from a gunshot wound to the head during a 2011 assassination attempt that killed six people and wounded 13.

Kelly’s victory in a 2020 special election fueled by the death of Republican Sen. John McCain gave Democrats both Arizona Senate seats for the first time in 70 years.

The change was prompted by the state’s changing demographics and Trump’s unpopularity.