A chilling discovery has been made that could finally reveal the identity of notorious serial killer Jack the Ripper.

The serial killer terrorized the streets of Whitechapel in 1888 and the truth about his identity has long intrigued people in Britain and around the world.

Now, investigators have rediscovered a cane, carved with the face of the man believed to have maimed and killed five women in the capital’s East End.

The cane bears the face of a haggard, gaunt older man, whose eyes dart menacingly beneath a long brown hood, believed to be the only Jack the Ripper facial composition in existence today. 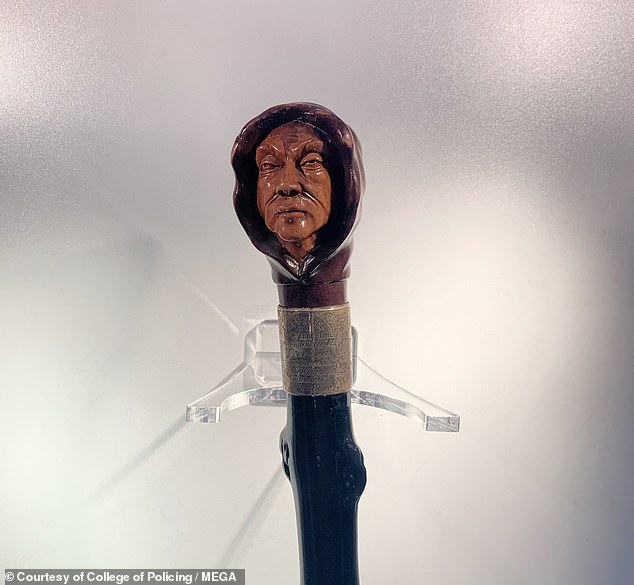 The suspicious face of Jack the Ripper has been revealed after police rediscovered a baton given to Chief Inspector Frederick Abberline, one of the officers working on the notorious murder case.

The baton, previously thought to have been lost, is believed to have been given to Chief Inspector Frederick Abberline after his team of seven officers removed it from the case in 1889.

It is believed that other murders in the area that took place both before and after 1888 could also be attributed to the Ripper.

The women, who worked as prostitutes, had their throats slit and three of them had their organs removed. 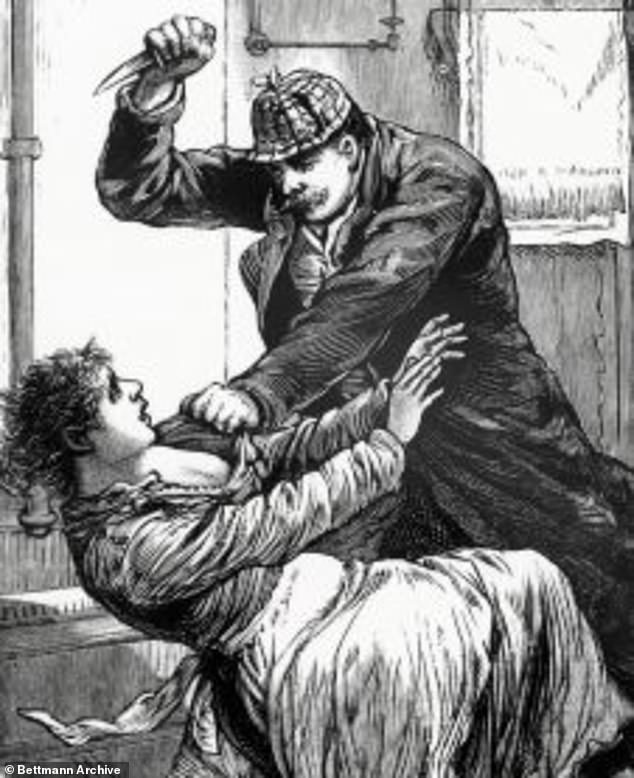 From one of the victims, half a kidney was removed and sent to police officers along with a series of notes signed by Jack the Ripper.

Police investigators believe the etched features on the stick were inspired by Mr Abberline’s favored suspect, a Russian “lunatic” named Dr Alexander Pedachenko who was living in London during the massacre, the Telegraph reports.

His name was written on a sign next to the baton while it was on display at the Bramshill Police College.

When the university closed in 2015, it was feared the baton had been lost, but buried in archives in Ryton-on-Dunsmore, Warickshire, Police College staff found it once again.

The university said the cane is “believed to be the only facial composition of notorious serial killer Jack the Ripper” and will now go on display with original news clippings about the murders. 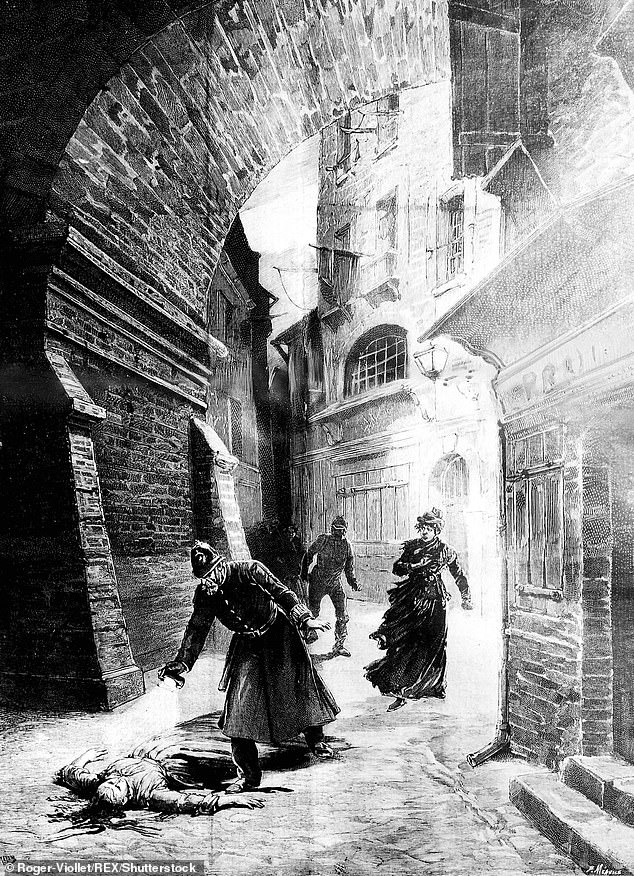 There are many theories as to who the infamous serial killer was, from Queen Victoria’s surgeon Sir John Williams, who underwent surgery in Whitechapel at the time, to her grandson, Prince Albert Victor, who was taken to a mental hospital.

Antony Cash, from the College of Police, said: ‘Finding this baton was an exciting moment for us. Jack the Ripper is one of the biggest and most infamous murder cases in our history and his crimes were important in paving the way for modern police and forensic science as it caused the police to start experimenting and developing new techniques while trying to solve these problems. murders, such as crime scene preservation, profiling, and photography.

“This baton is such a fascinating artifact, representing a historically significant moment in policing, and it’s amazing that we’re able to put it on display here in Ryton, alongside the original newspaper clippings, so our officers can see first-hand how far we’ve come. on surveillance ever since.

However, the claim that the cane contains the face of the cold-blooded killer is controversial among historians interested in the Ripper case.

Some suggest the baton was from many cash-hungry vendors sold to crowds who turned up at the scenes of the murders, and others say that every officer who worked on the murder investigation was issued the same baton, meaning they didn’t it was a tailor-made item for Lord Abberline.

Other research, documented in The Curse Upon Miter Square, claims it was the face of a mad monk.

Mr. Aberline had risen through the ranks at Scotland Yard, becoming chief detective in the criminal investigation department.

But mistakes were made during the initial investigations into the murders, as no fingerprints could tell the difference even between human and animal blood, let alone the differences between people.

This means that Jack the Ripper’s true identity could never be revealed, leaving him as one of the world’s cold cases.

There are many theories as to who the infamous serial killer was, from Queen Victoria’s surgeon Sir John Williams, who underwent surgery in Whitechapel at the time, to her grandson, Prince Albert Victor, who was taken to a mental hospital.

From Hell: The infamous serial killer who terrorized Victorian London… but who was he (or she)? 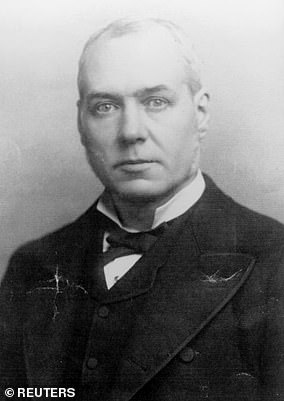 One book named Queen Victoria’s surgeon Sir John Williams (above), who underwent surgery in Whitechapel at the time, as Jack the Ripper.

Jack the Ripper is believed to have killed at least five young women in Whitechapel, east London, between September and November 1888, but was never caught.

Numerous people have been accused of being the serial killer.

At the time, the police suspected that the Ripper must have been a butcher, due to the way his victims were killed and the fact that they were discovered near the shipyards, where the meat was brought to the city.

There are several alleged links between the killer and royalty. First there is Sir William Gull, the royal physician. Many have accused him of helping to dispose of the bodies of alleged prostitutes, while others claim that he himself was the Ripper.

One book named Queen Victoria’s surgeon, Sir John Williams, as the infamous murderer. He had surgery in Whitechapel at the time.

Another theory links the murders to Queen Victoria’s grandson, Prince Albert Victor, the Duke of Clarence.

At one point, cotton merchant James Maybrick was the number one suspect, following the publication of part of his diary that seemed to suggest that he was the murderer.

Some believe the diary is a forgery, although no one has been able to suggest who forged it.

Other suspects include Montague John Druitt, a Dorset-born lawyer. He committed suicide in the Thames seven weeks after the last murder. 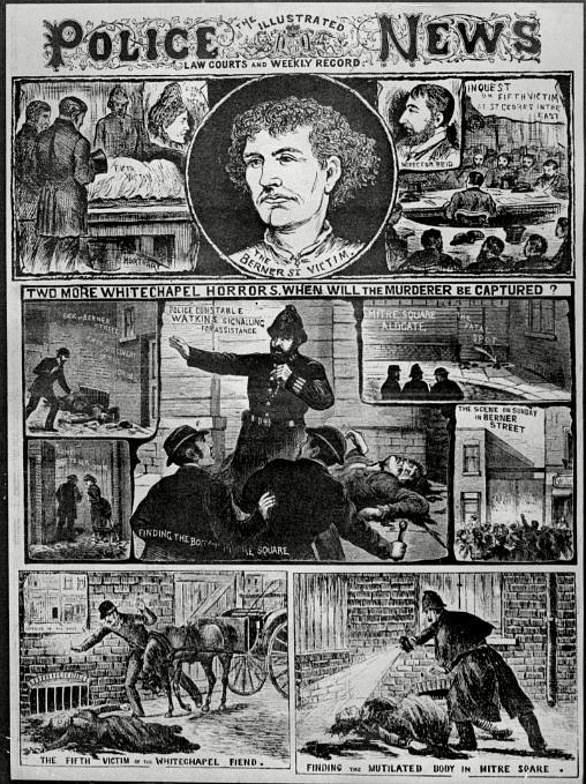 George Chapman, also known as Severyn Kłosowski, is also a suspect after he poisoned three of his wives and was hanged in 1903.

Another police suspect was Aaron Kosminski. He was admitted to Colney Hatch Lunatic Asylum and died there. 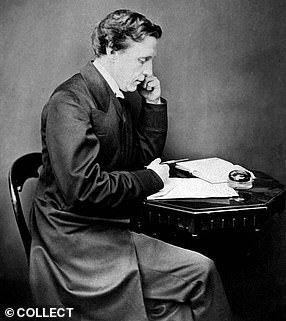 Some of the strangest links include Lewis Carroll, author of the Alice in Wonderland books, who taught at Christ Church until 1881, who was at the forefront of the Ripper murder scene.

Crime writer Patricia Cornwell believes she has “solved” the case by unearthing evidence confirming Walter Sickert, an influential artist, as the prime suspect. Her theories have not been generally accepted.

Author William J. Perring raised the possibility that Jack the Ripper might actually be ‘Julia’, a Salvation Army soldier.

In The Seduction of Mary Kelly, his novel about the life and times of the last victim, he suggests that Jack the Ripper was actually a woman.

In February 2019, it was suggested that Jack the Ripper may have been a sinister Dutch sailor who murdered two ex-wives in his homeland and beat two other women to death in Belgium.

At the time of the Whitechapel murders, de Jong is believed to have been working as a butler aboard a ship that made frequent voyages from Rotterdam to London, providing him the perfect conduit for leaving the country after his heinous crimes.

He later murdered two of his ex-wives in his native Netherlands in 1893 and bludgeoned two women to death above a pub before attempting to set their bodies on fire in Belgium in 1898. 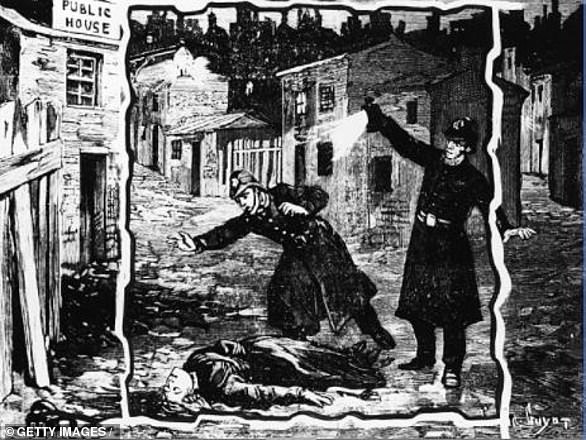 Police discover the body of one of Jack the Ripper’s victims, probably Catherine Eddowes