She didn’t know her name or the color of her hair, but when a monk accidentally touched her sleeve, a nun who had dedicated decades of her life to God decided the spark was enough to leave her strict religious order.

Sister Mary Elizabeth, 50, born Lisa Tinkler, led a quiet life in a convent in Preston, Lancashire, which belonged to the Roman Catholic Carmelite religious order, from the age of 19.

In 2015, she met Friar Robert, a visiting Carmelite monk from Oxford, and they inadvertently brushed their sleeves, a small, chemistry-laden gesture that made them leave their lives behind and pursue love.

Seven years later, the couple, who are now married and living in North Yorkshire, shared their story with BBC Radio 4’s Beyond Belief, revealing that although they struggled with their decision to leave the Carmelites, they have no regrets. 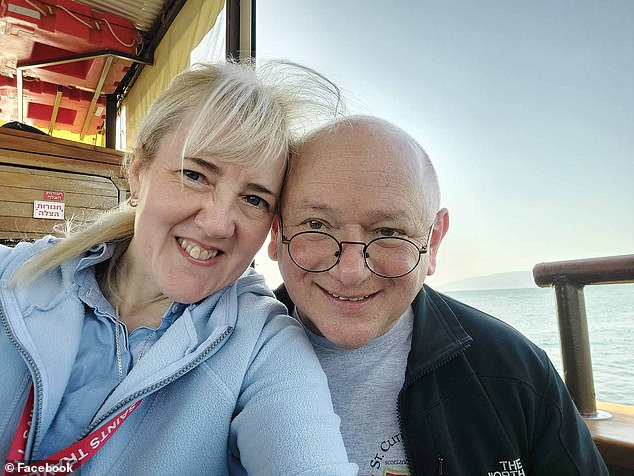 Sister Mary Elizabeth, 50, born Lisa Tinkler, left the Roman Catholic Carmelite religious order, which she joined at the age of 19 to become a nun at its convent in Preston, Lancashire, and to marry Friar Robert, who had been a monk of the order in 2013. (pictured last year)

Lisa revealed that the couple met by chance in the fall of 2015 during Robert’s visit to her convent when the prioress took her to meet the visiting monk to see if he wanted something to eat.

They were left alone when the prioress went to take a phone call in another room, but she did not speak.

Until that moment, Robert and Lisa had never interacted, and she had simply listened to him preach mass during her occasional visits to the priory.

As Robert moved to leave the room, Lisa’s sleeve brushed against his, which she claimed unleashed a shock of energy. 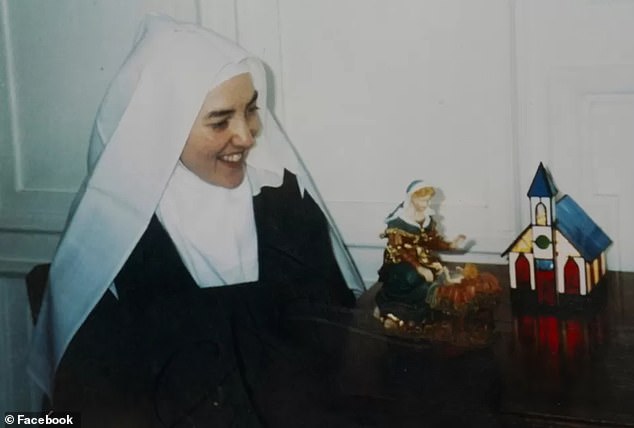 Lisa joined the order at age 19 and spent 24 years in service, only allowed to speak for two half hours a day.

The couple are now married and live in North Yorkshire, where Lisa is hospital chaplain and Robert is vicar. 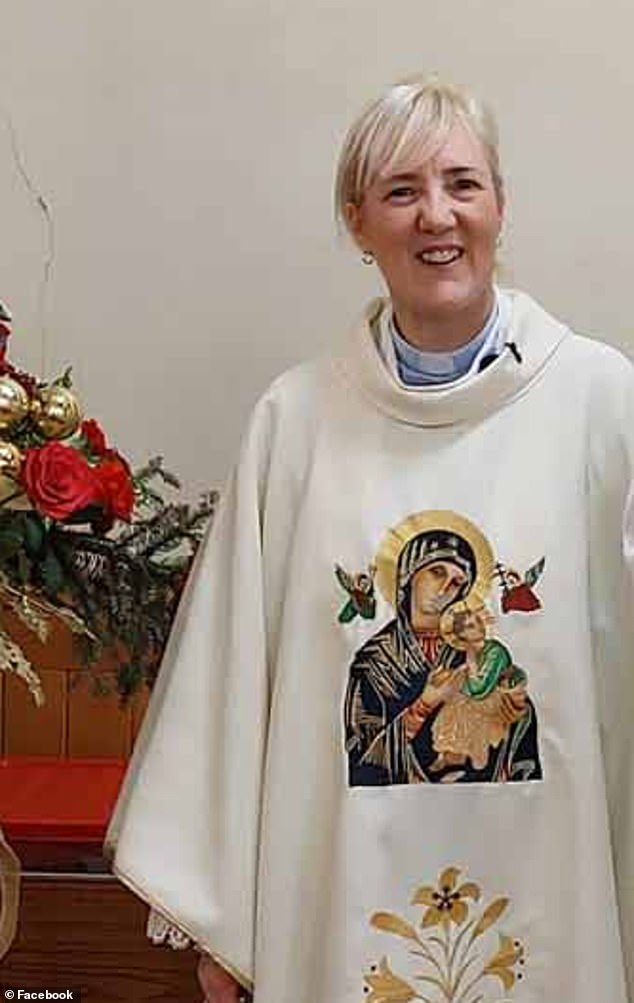 Although she is no longer a Carmelite nun, Lisa remains involved in her town’s religious community and works as a chaplain.

‘I just felt a chemistry there, something, and I was a little embarrassed. And I thought, my God, he felt that too. And when I let him out the door, he was pretty awkward,” he said.

After Robert also felt a spark, the couple began to think of each other more and more and developed romantic feelings.

A week later, Robert sent Lisa a note asking if she would leave the order to marry him.

Looking back, Lisa recalled the confusion she felt when she tried to understand her feelings for Robert, not to mention the surprise of receiving Robert’s message despite not knowing his birth name, nor the color of his hair when he asked for her hand. in marriage.

Until then, she had led a solitary life as a nun at the convent for 24 years, after joining the order in her teens.

The strict order, which dates back to the 12th century, sees its nuns lead solitary lives. 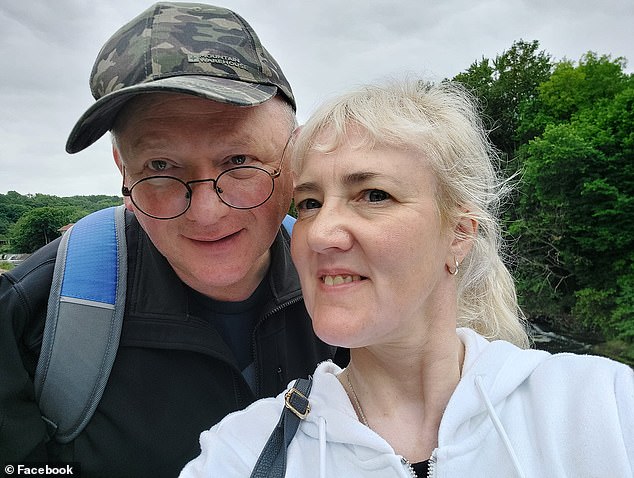 Robert and Lisa have been together for seven years after meeting by chance at his priory during a one-off visit. 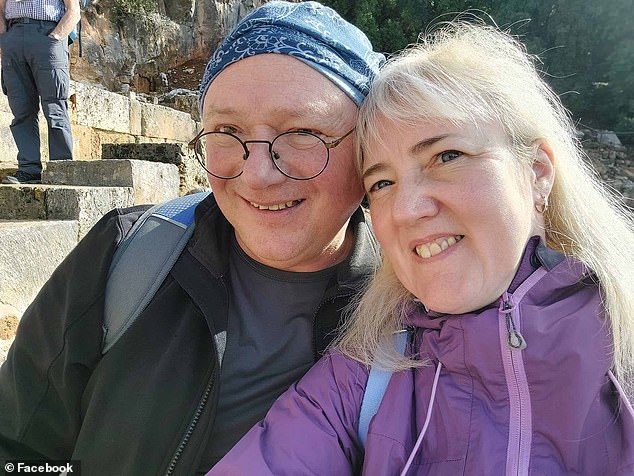 The vicar asked Lisa to drop her order to marry him within a week or their sleeves touched by accident.

Lisa, whose interest in religion was born when she was six years old after a relative’s trip to Lourdes, said she only spoke two and a half hours a day when she lived in the convent.

The rest of the time she spent alone in her cell, in contemplative silence, which made her vocabulary shrink over the years.

Although she was content with her life at the convent, after her encounter with Robert, Lisa struggled with her feelings.

‘I didn’t know what it felt like to be in love and I thought the sisters could see it in my face. So I got pretty nervous. I could feel the change in me and it scared me,” she said.

Eventually, she confessed her feelings for Robert to her prioress, who couldn’t understand how she could have fallen in love with the monk in just a week and without any interaction.

Lisa wondered how her bishop, the rest of her religious order, and her own family would react to her decision to leave the church. She also worried about how it would affect her relationship with God. 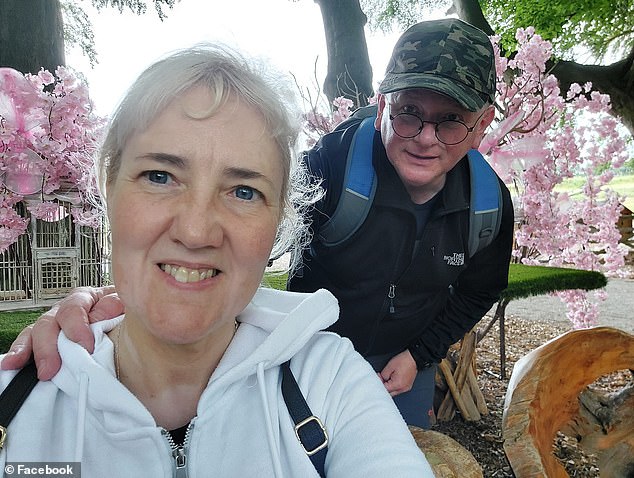 While the couple made the decision to leave their religious order to be together, they admitted that they initially struggled with life outside of the monastery. 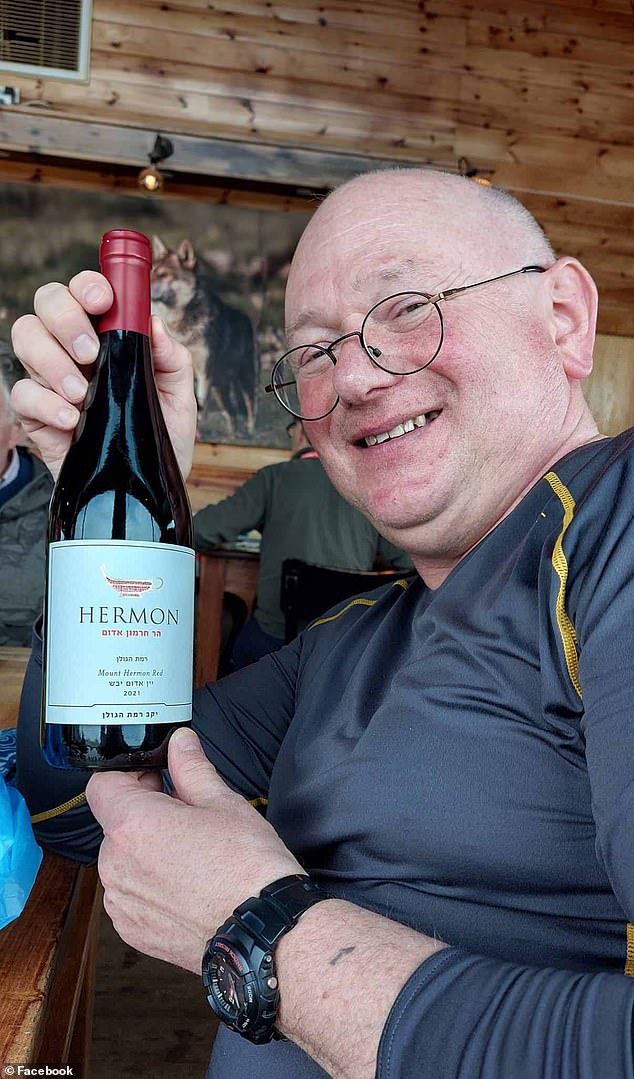 Polish-born Robert, who was a monk for 13 years, was accepted into the Church of England after he was kicked out by the Carmelites for marrying Lisa.

However, the prioress’s brief reaction to the news convinced her to pack up what few belongings she had and leave the convent to meet Robert at a pub called the Black Bull.

She said she instantly began to struggle with her faith when she left the convent, admitting that she even thought about taking her own life, but got the courage to go through with her decision when she saw Robert through the pub window.

Robert, who was born and raised in Poland but came to London and joined the Carmelite order in 2002, admitted he shared her fears about starting a marriage in her fifties, but the couple went ahead with their decision. 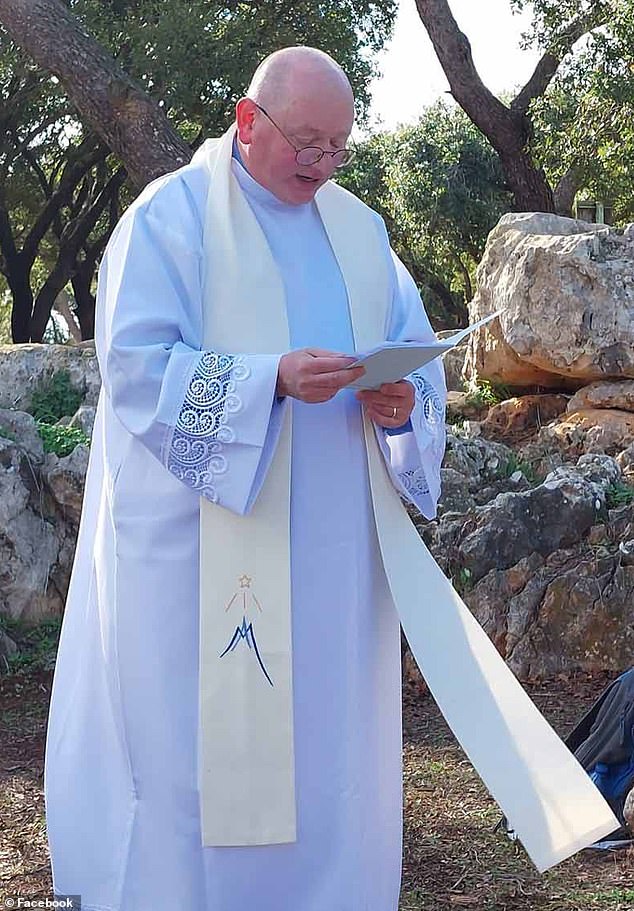 Robert in his garments. The couple emphasized that their faith is at the center of everything they do and that they are both devoted to God. 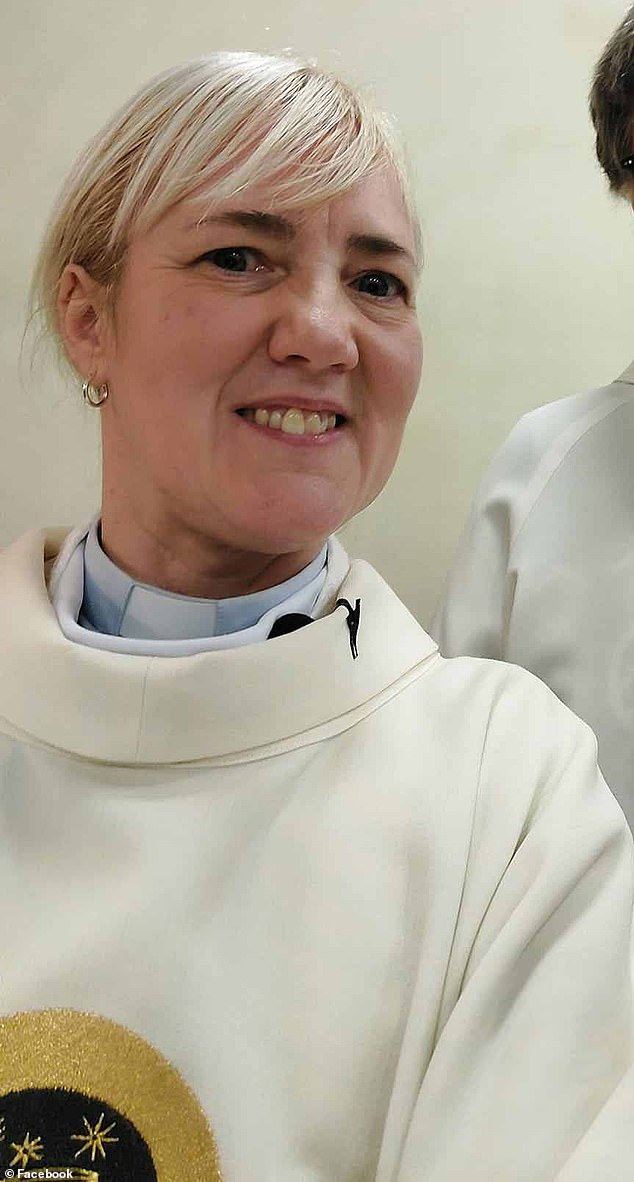 Lisa, out of habit, admitted that she turns to her faith in order to feel rooted in the modern world, having got used to the silence of monastic life.

Yet despite the connection they felt, they still struggled with life outside of the priory.

Lisa admitted that the couple felt particularly depressed during their first Christmas away from monastic life in 2015.

He added that the couple felt like star-crossed Shakespearean lovers and thought about breaking up because the out-of-order start to their relationship was too much to bear.

She recounted a time when they both cried in the workplace when asked if they had any transferable skills.

They had another emotional moment when Robert bought and translated a book written in Polish about the nuns who left his order.

The couple stopped at the side of the M62 to cry together as they read the stories they found so relevant to their own situation.

However, they managed to find balance in their new lives by reconnecting with their faith outside of the priory.

‘Throughout your religious life, you are told that your heart must be undivided and given to God. Suddenly I felt my heart expand to contain Robert, but realized that it also contained everything else I had. And I didn’t feel anything different about God, and that calmed me down,” Lisa said.

Robert was told he could no longer be a member of the Carmelite order, but he soon joined the Church of England and is now vicar in the North Yorkshire village of Hutton Rudby, where the couple live.

Lisa worked at a funeral home before becoming a hospital chaplain and admitted that she is now getting used to trying on different clothes and hairstyles after spending 24 years in the religious habit.

She admitted that if it weren’t for Robert, she would return to her convent life in a heartbeat, for she has grown accustomed to the silence of monastic life and struggles to stay grounded in the modern world.

The former nun said she sees her life with Robert as two Carmelites living together and dedicating their lives to God.

Sarah Ferguson shares an emotional New Year’s poem to the late Queen, saying her ‘dearest friend’ is now ‘free’ but ‘stuck in our hearts’

Generous teacher creates toy monsters for her students based on their Christmas drawings, touching the hearts of thousands

High-flying lawyer whose burnout led to weight loss, chronic anxiety and hair loss reveals how she finally got her health back after spending a fortune searching for answers