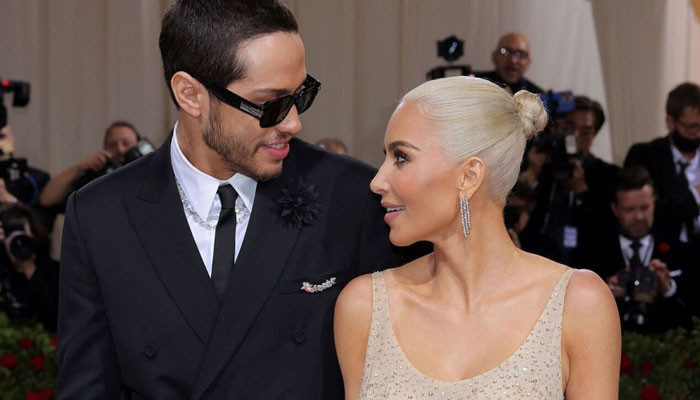 Kim Kardashian says she paid tribute to her grandmother MJ with Pete Davidson.

Kim, who has spoken publicly about the love life of her ex-boyfriend Pete

On the latest episode of The Kardashians, Kim told Grandma Mary Jo “MJ” Shannon: “You know what’s so crazy?”

“I know it’s really scary,” she added with a laugh.

She continued: “How scary is it to think about your grandmother before having sex?”

After dating for nine months, Kim and Pete broke up this August.