Heartwarming moment King Charles and the Queen consort gave a visually impaired boy a special audience on his visit to York, after he wrote a letter saying he was afraid he wouldn’t be able to see them.

By Tom Scotson for Mailonline

King Charles and the Queen Consort took a break during their visit to York yesterday to spend time with a young royal fan.

Jason Tweedie-Long, 5, from York, is severely visually impaired and was desperate to see the monarch, but worried she wouldn’t see them with her poor eyesight.

The young man wrote a letter to the York Council, who passed his message to Buckingham palace.

The staff arranged for Jason to spend time with Their Majesties, and he can be seen in a photo standing in front of the Queen Consort in his colorful coat.

Another image showed the boy holding hands with the King and Queen Consort, with all three smiling for the camera. 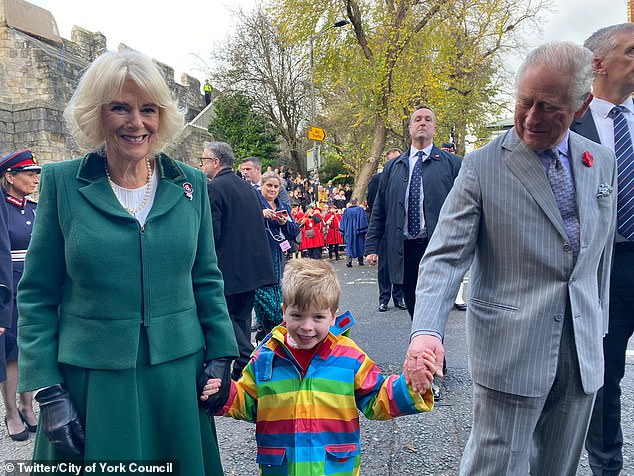 Jason Tweedie-Long (centre), 5, from York, is severely visually impaired and was desperate to see the monarch, but worried she wouldn’t see them with her poor eyesight.

The main reason for the couple’s visit was to unveil a seven-foot-tall statue of Queen Elizabeth II, designed and carved by cathedral stonemason Richard Bossons, which was originally commissioned to commemorate her Platinum Jubilee.

The statue, which has been kept strictly secret until the unveiling ceremony, depicts a “mature” queen dressed in her Order of the Garter Robes and wearing the George IV diadem traditionally worn for the State Opening of Parliament.

The statue stands 25 feet high on the west front of the Minster, hidden by a screen and today had a purple silk curtain over it. 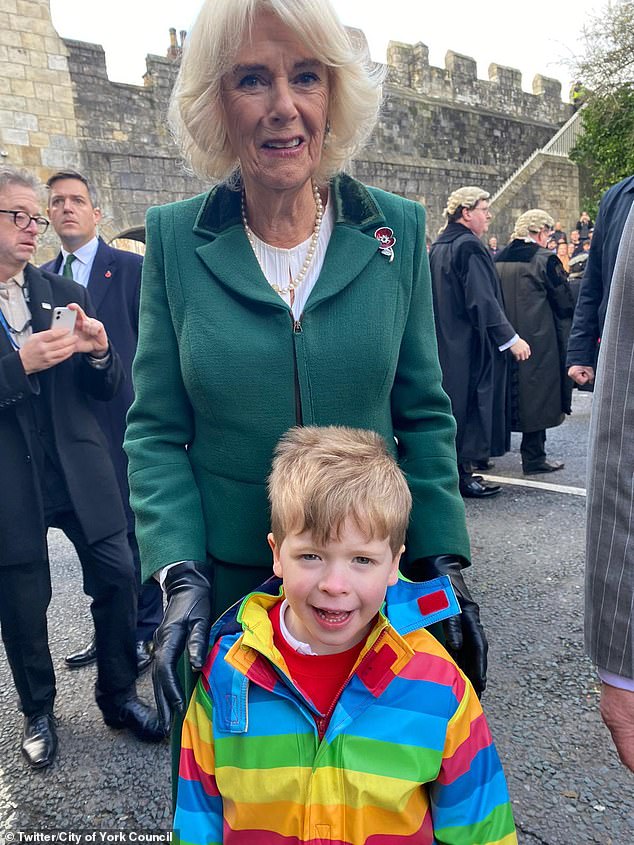 The staff arranged for Jason to spend time with Their Majesties, where he can be seen in a photo standing in front of the Queen Consort in his colorful coat (pictured)

Despite the heavens opening, Their Majesties continued with the ceremony, with Charles telling the crowd that he and his wife were “deeply moved” to have been asked to reveal the statue.

He said: “When this statue was first planned five years ago, during a reign of unprecedented length and achievement, it was intended as a celebration of the late Queen’s Platinum Jubilee.” Now, as we have witnessed, with great sadness, the passage of that reign, it is revealed in her memory, as a tribute to a life of extraordinary service and devotion.

“The creation of this statue is also, if I may say so, a tribute to the support, affection and prayers that the community of this cathedral and this great city always gave to the late Queen, and all that she stood for.” “. the life of the nation and the Commonwealth. 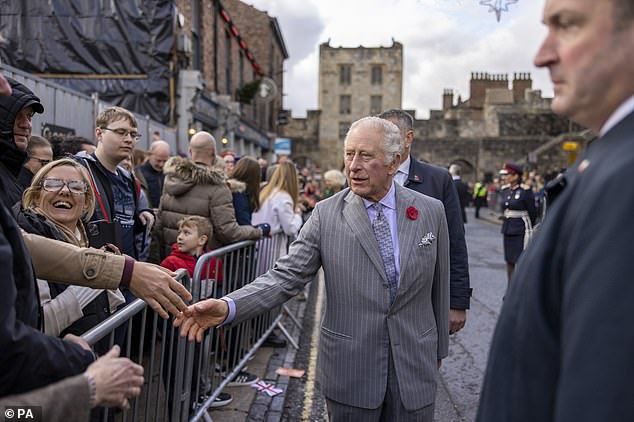 Charles and Camilla seemed unperturbed after the eggs as they continued their walk and waved to the crowd. 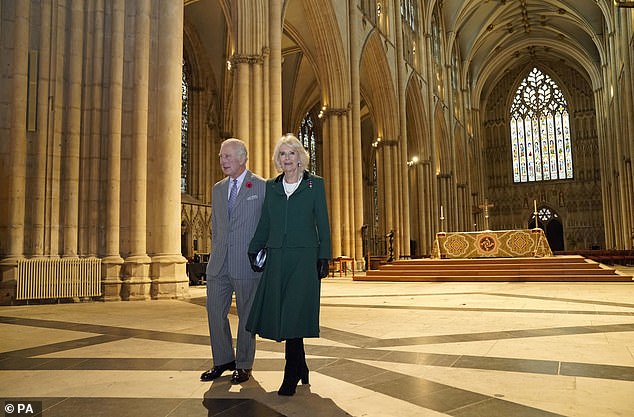 The royal couple walk through the magnificent nave of York Minster before this morning’s service. 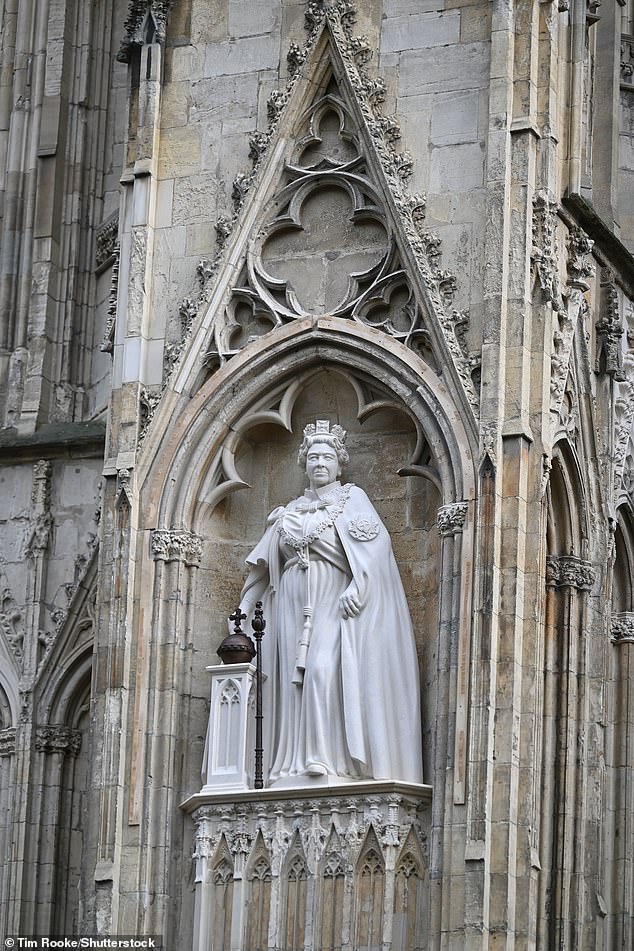 The day was nearly clouded when an Extinction Rebellion activist attempted to throw eggs at the King.

‘The late queen was always attentive to the welfare of her people during her lifetime. Now her image will watch over what will become Queen Elizabeth Square for centuries to come – a constant example of duty and care for one another and for our community, which is the calling and duty we all share.”

The day was nearly clouded when an Extinction Rebellion activist attempted to throw eggs at the King.

Patrick Thelwell was thrown to the ground by four police officers while shouting “this country was built on the blood of slaves”. Meanwhile, spectators shouted ‘God save the king’ and ‘shame’.

The footage shows four eggs flying past His Majesty and breaking on the ground next to him as the city leaders greeted him. Charles glanced around briefly to see the broken eggs, but otherwise barely reacted.