Jay Leno’s wife was seen arriving at a California hospital to visit her husband following an accident that left him with severe burns to his face.

Mavis Leno, 76, looked somber when she arrived at the Peter Grossman Burn Unit in West Hills, California. She is said to have suffered third degree burns and may need skin grafts.

Leno was seen in the hospital parking lot with a friend, and the two carried a load of luggage from their car to the hospital.

Her husband confirmed he suffered “serious burns” and was rushed to hospital for a gasoline fire after a car in his upscale Los Angeles garage caught fire on Saturday.

The 72-year-old former Tonight Show host was at his Los Angeles mansion when one of the vehicles “burst into flames without warning,” and sources told TMZ that the left side of his face was burned.

In a statement, Leno said: “I have some bad burns from a gasoline fire. I’m fine. I just need a week or two to recover. 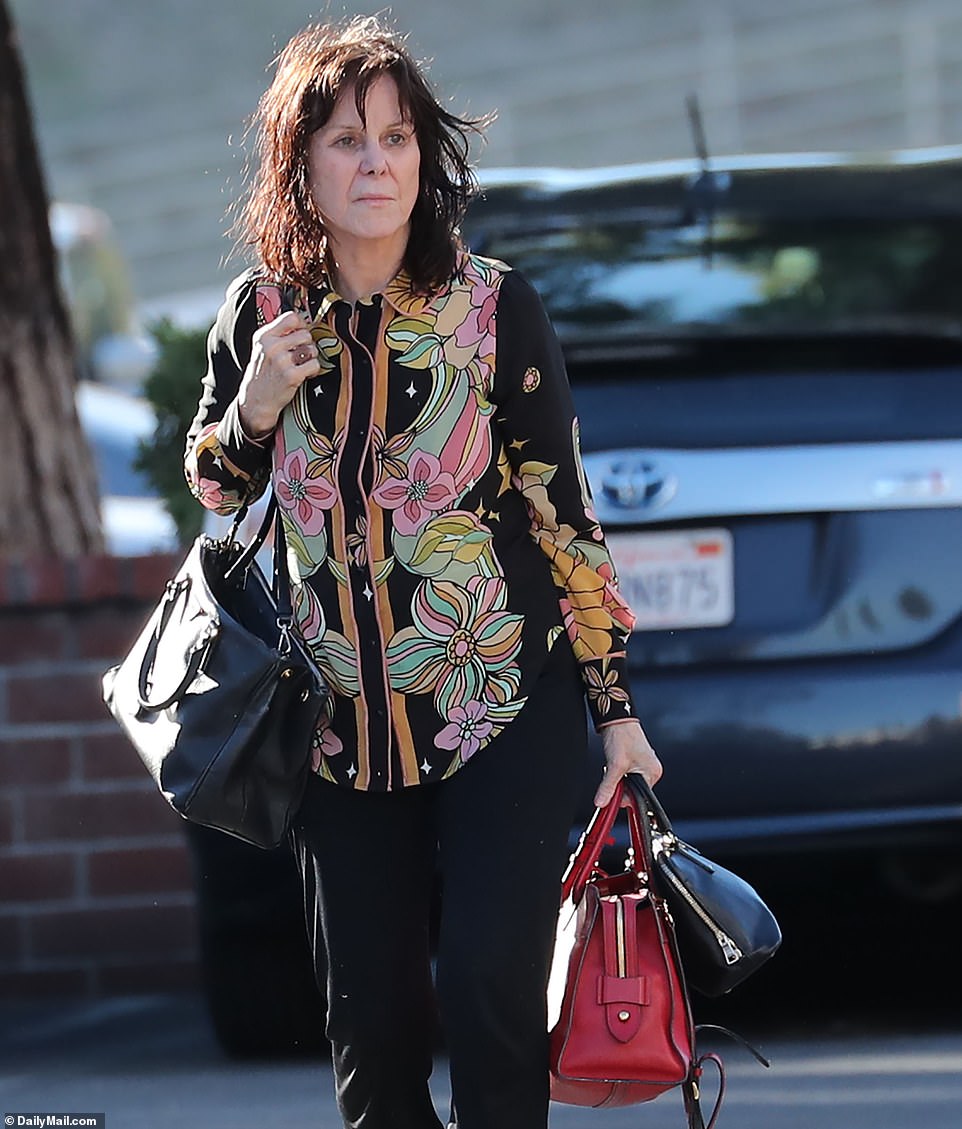 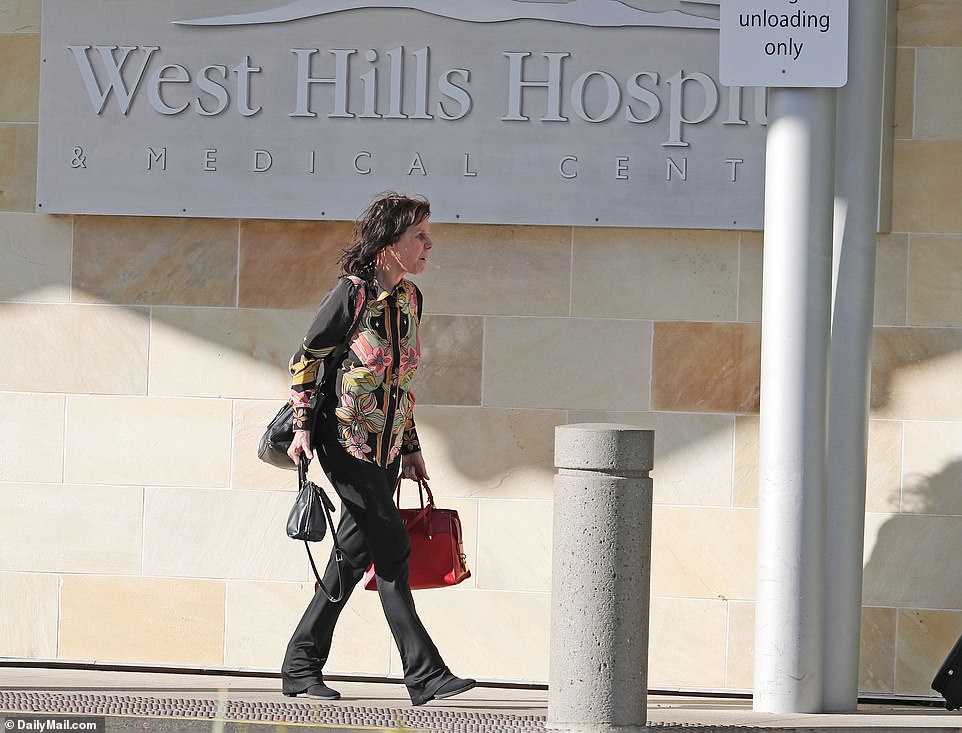 Leno was seen in the hospital parking lot with a friend, and the two carried a load of luggage from their car to the hospital. 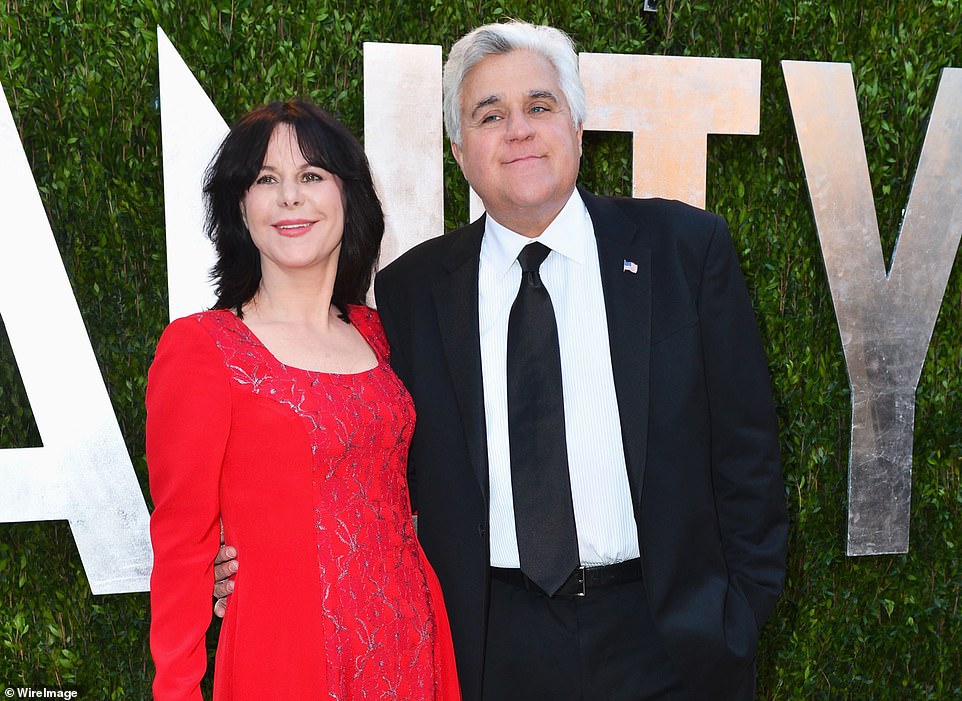 The Jay Leno’s Garage host was taken to the burn room at the Grossman Burn Center according to TMZ, without the fire affecting his eye or hearing.

George Swift, an employee of the comedian, told ET that it was a steam carriage that sent Leno to the hospital.

It was a steam car. This vapor was made by gas. They sprayed it like a gas,” said Swift, a mechanic who works at the garage.

“He called me and told me there was a fire and the fire department was coming,” the employee continued. 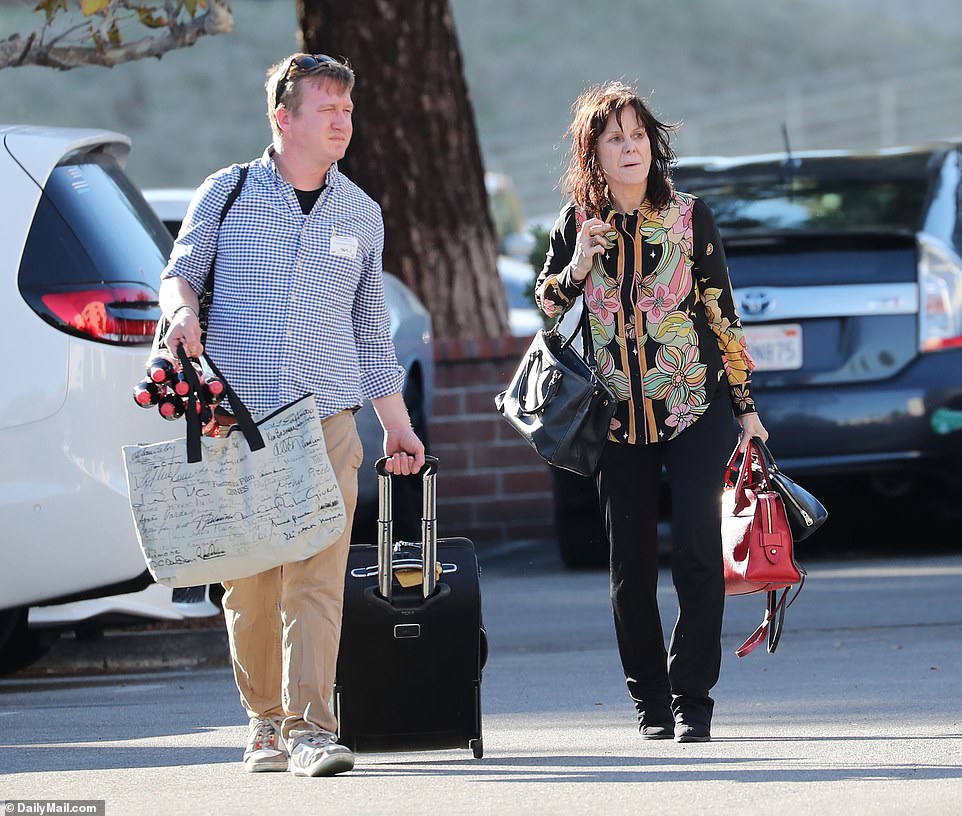 Mavis was seen with a friend lugging handfuls of luggage to the hospital. 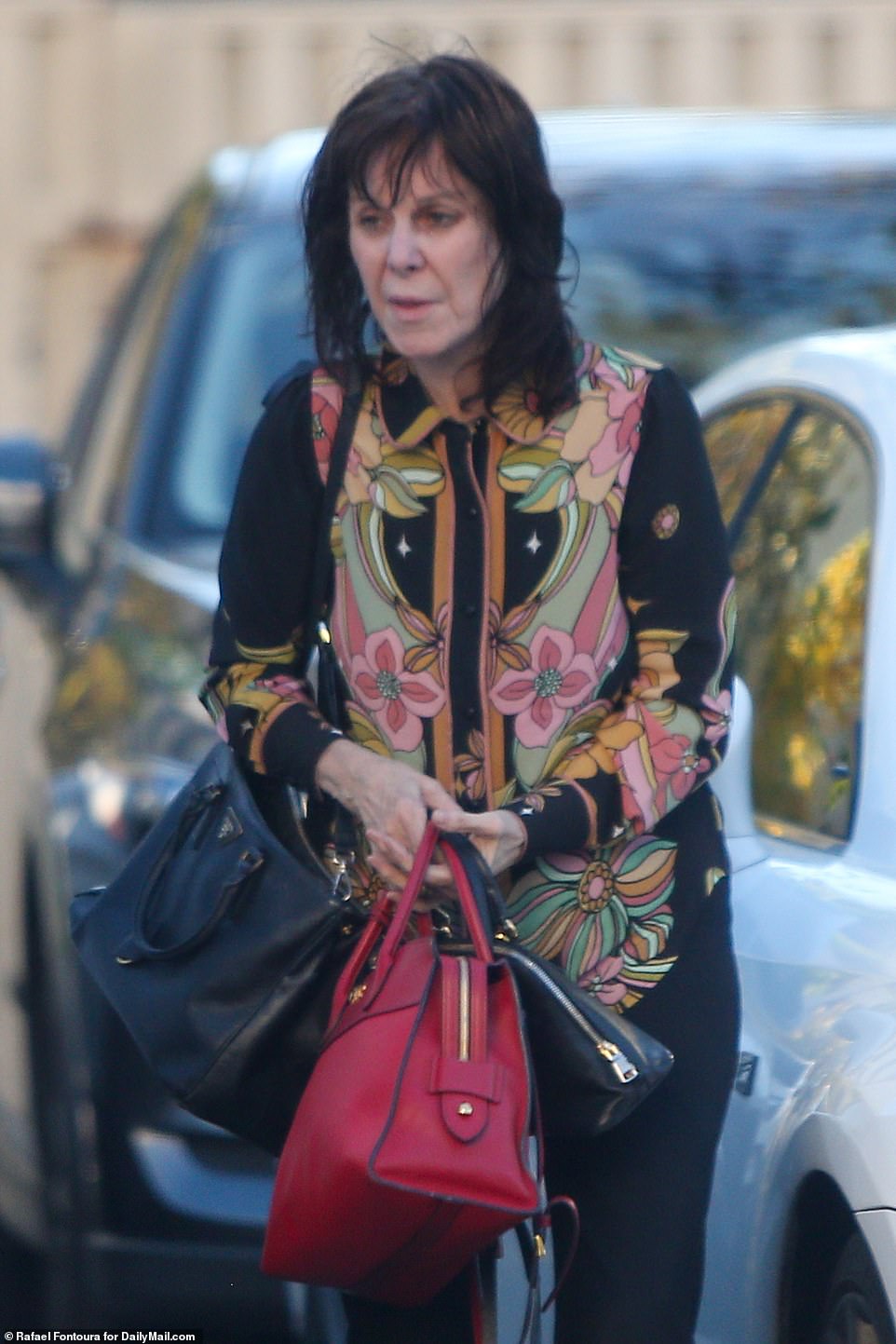 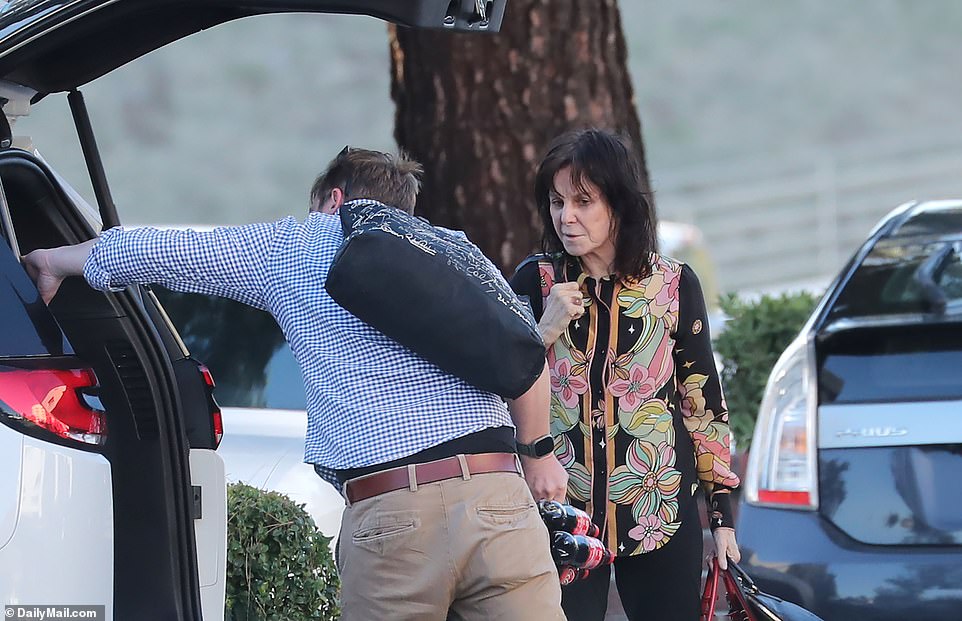 Swift also said Leno’s injuries are serious but not life-threatening.

“He’s a tough guy, he’s going to be fine. It’s nothing life-threatening,” the Leno employee confirmed. “He’s in a very good mood, but you know, he’s going to take a while.”

The Burbank Fire Department also spoke to ET and confirmed that they were dispatched to Leno’s luxury garage around 12:30 p.m. Saturday for reports of a fire.

Upon arrival on scene in the 3100 block of North Damon Way, ‘an adult male’ was assessed and treated.

Leno was transported to a local emergency room and then taken to the Grossman Burn Center for further care. 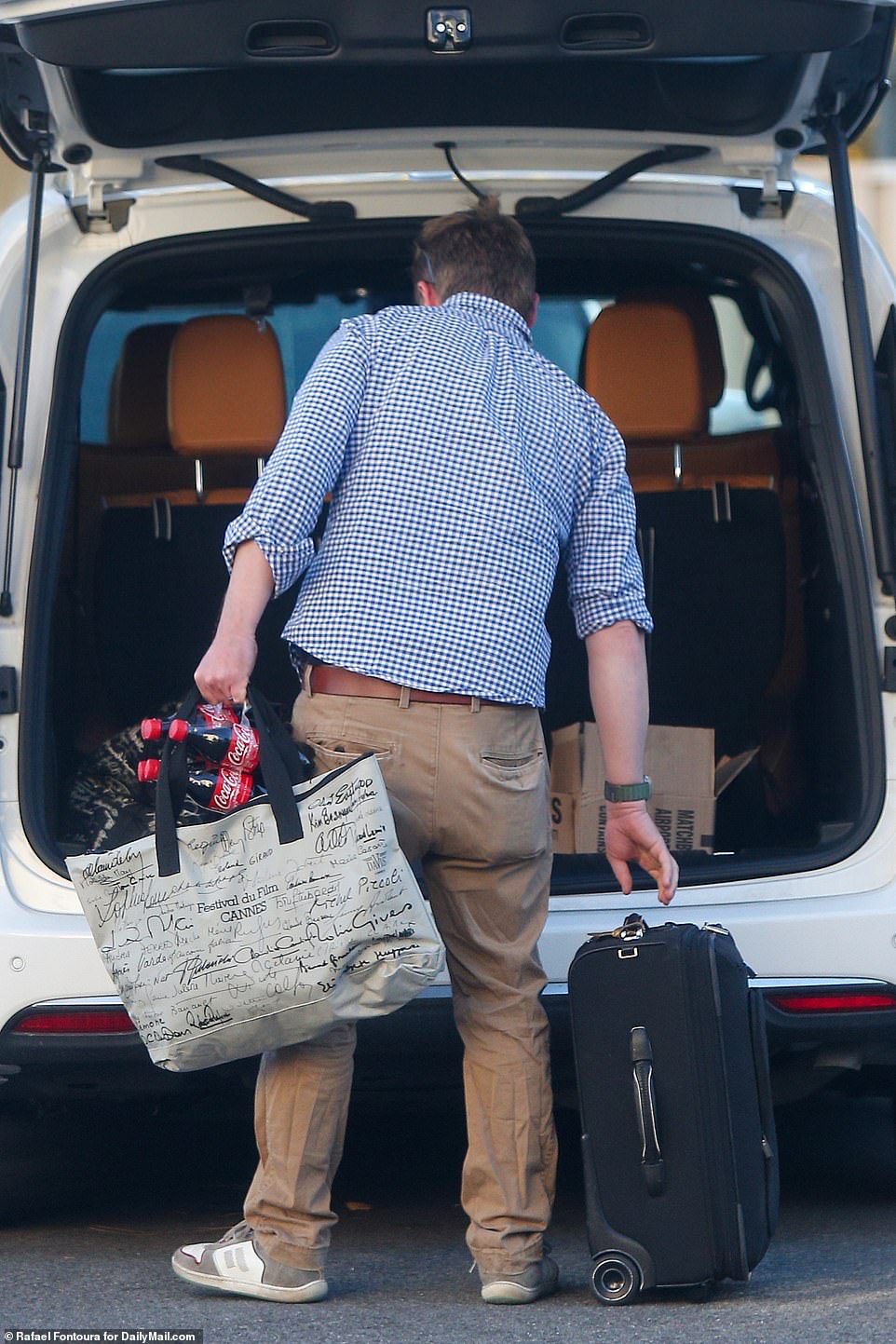 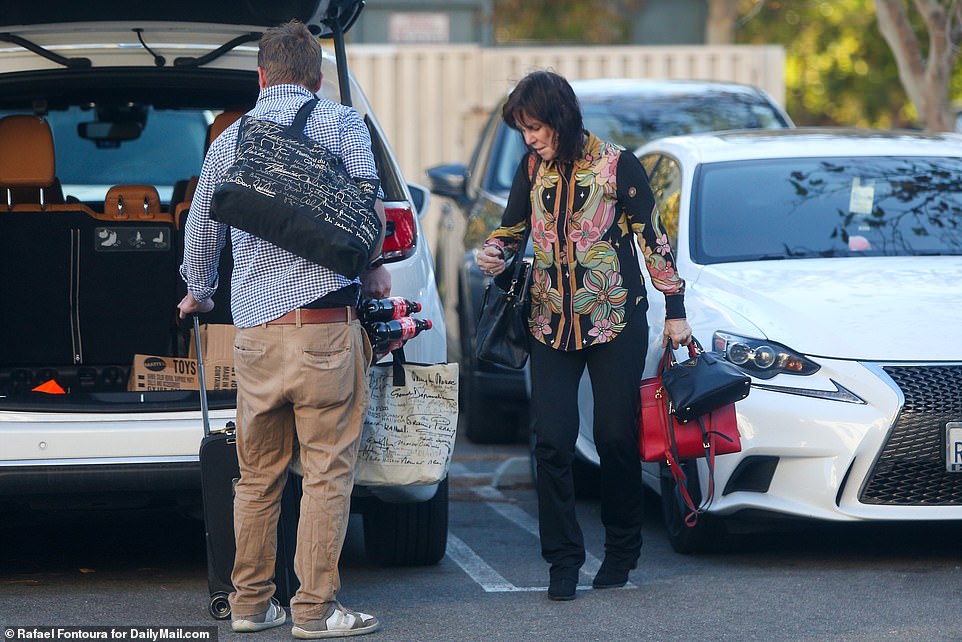 Mavis Leno and a friend outside the Peter Grossman Burn Unit in West Hills, California 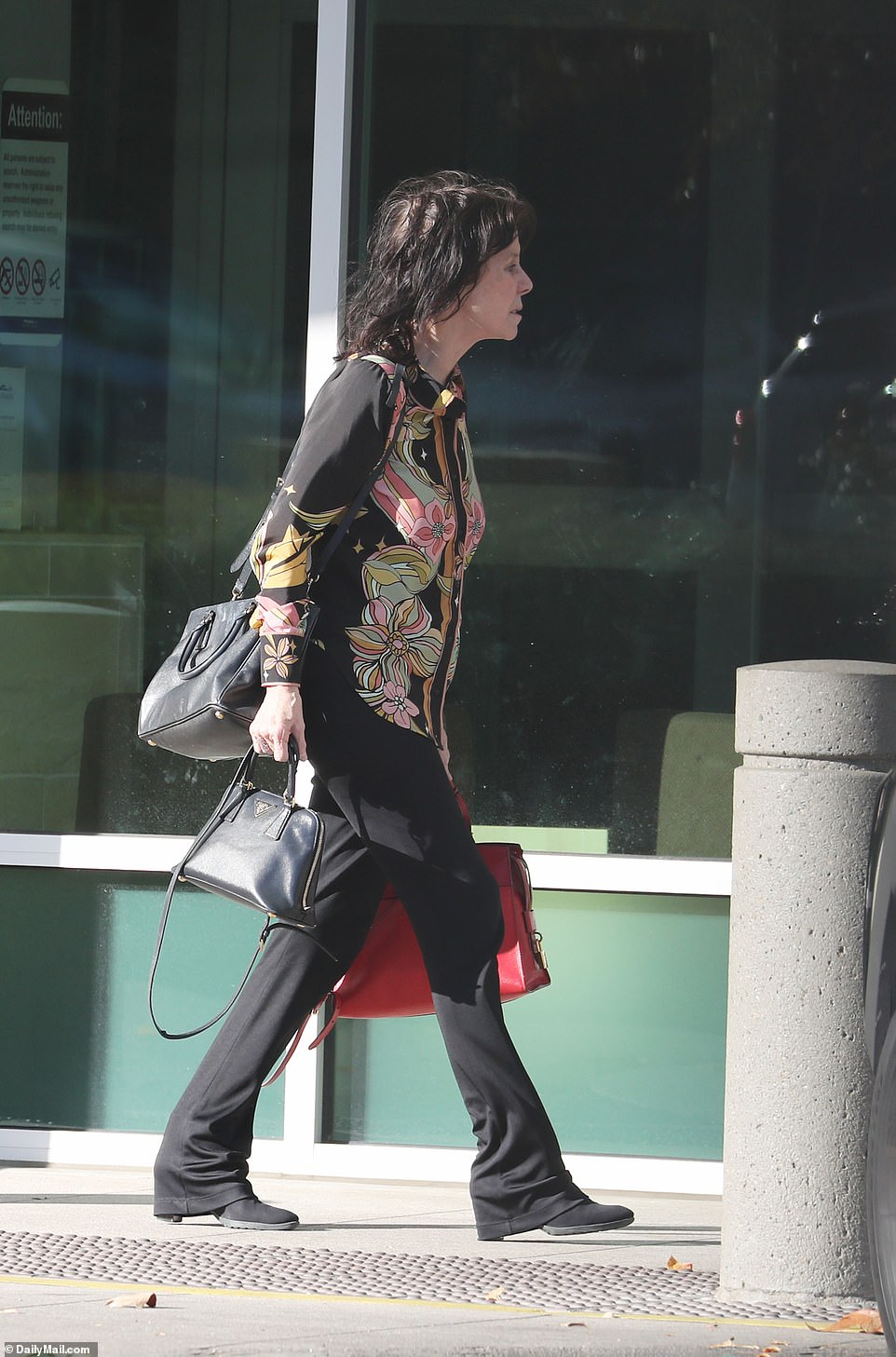 Leno had previously shared details about his extensive collection on Barrons.com, sharing more details about how he acquired the myriad of old-school cars.

The steam carriages, which he said are “reliable and dependable,” require a boiler to heat water into steam which is then used to drive a piston that turns the vehicle’s wheels.

In 2021, the ‘Tonight Show’ veteran was pulled over in his 1906 Stanley Steamer for speeding on Interstate 405 in California.

Leno’s steam collection includes “cars, stationary engines, and even a massive Advance steam tractor,” according to the 2021 story published by Barrons. 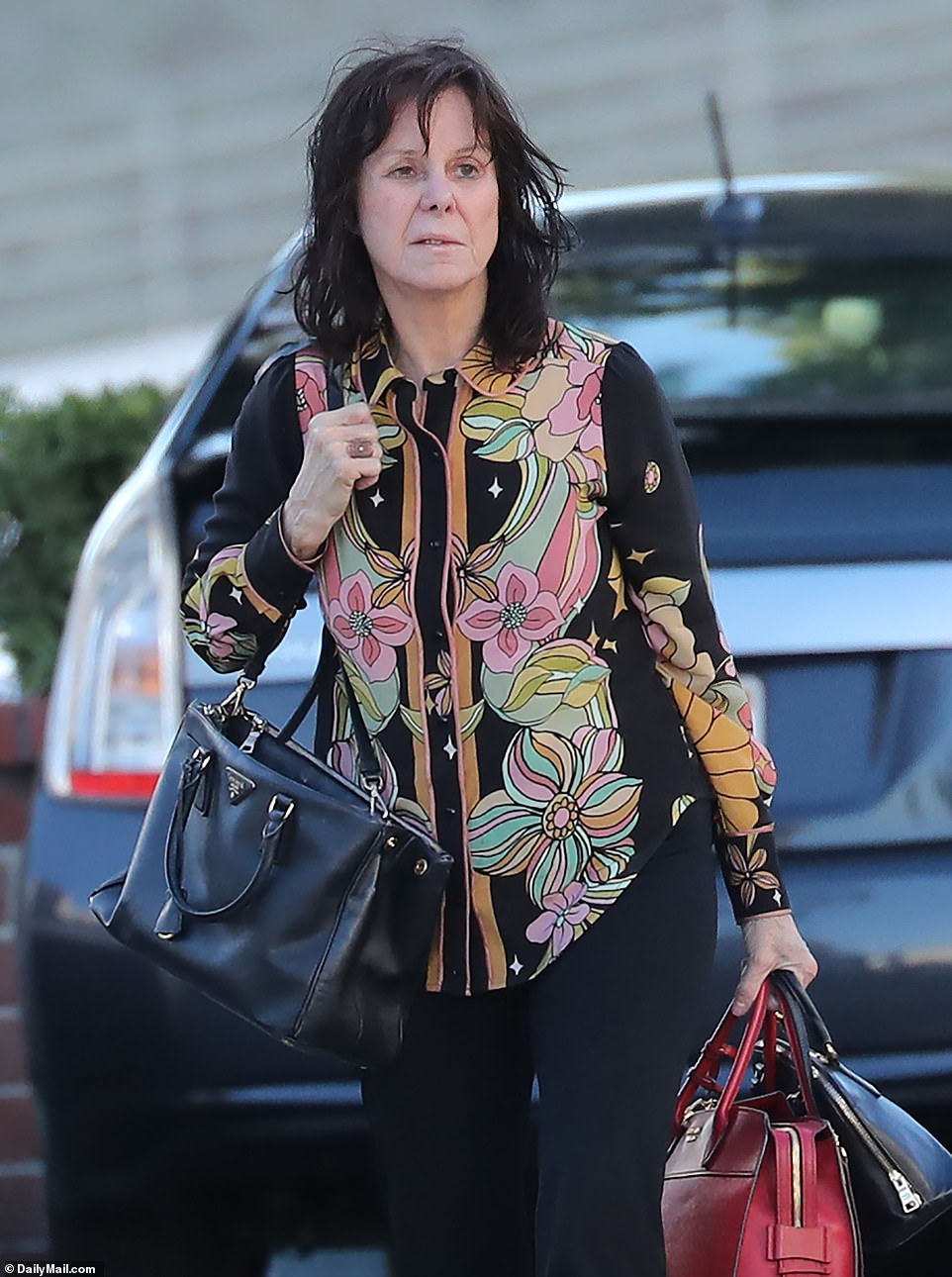 Mavis Leno with her arms full of bags outside the Peter Grossman Burn Unit in West Hills, California 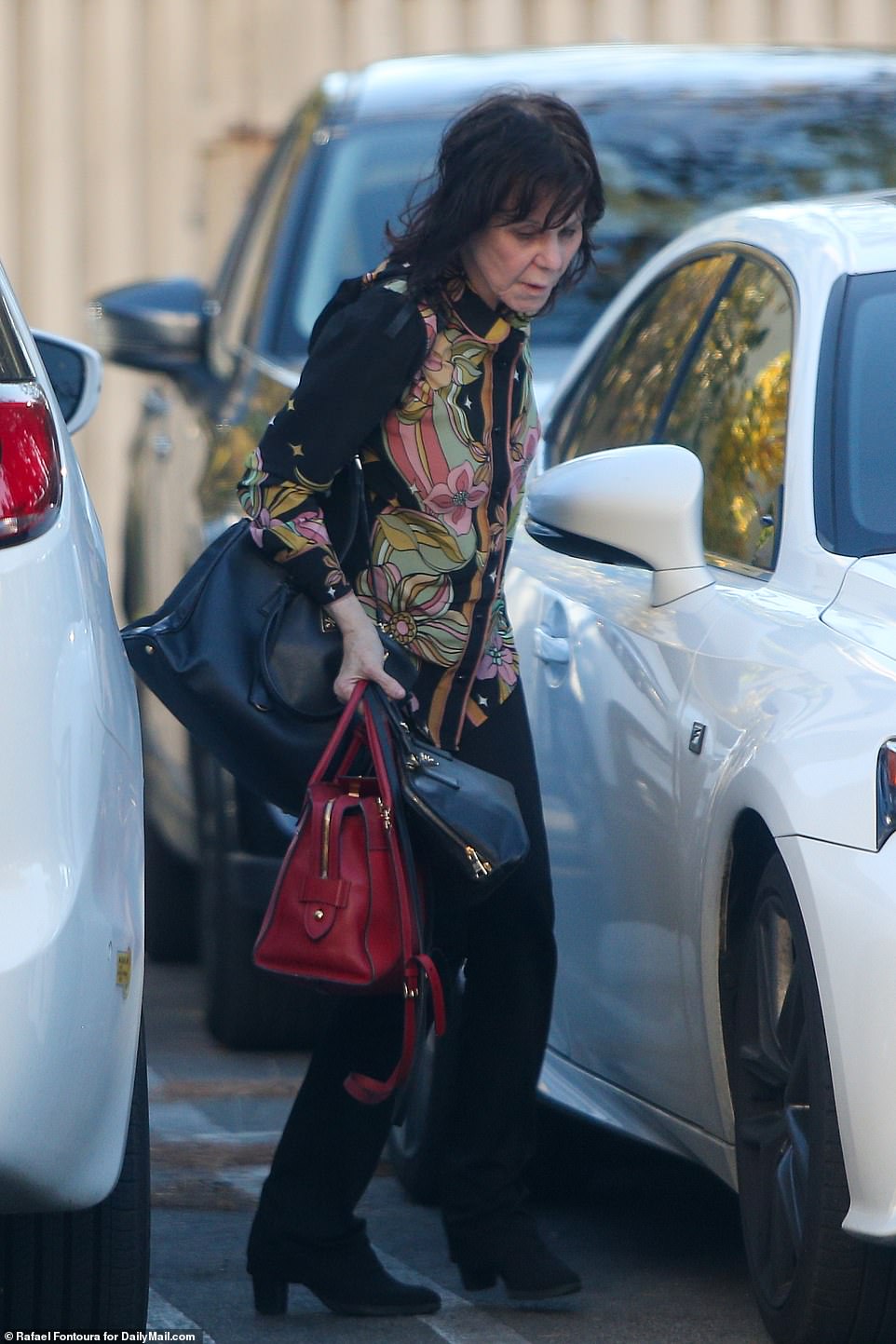 Mavie Leno in the parking lot of the Peter Grossman Burn Unit, in West Hills, California 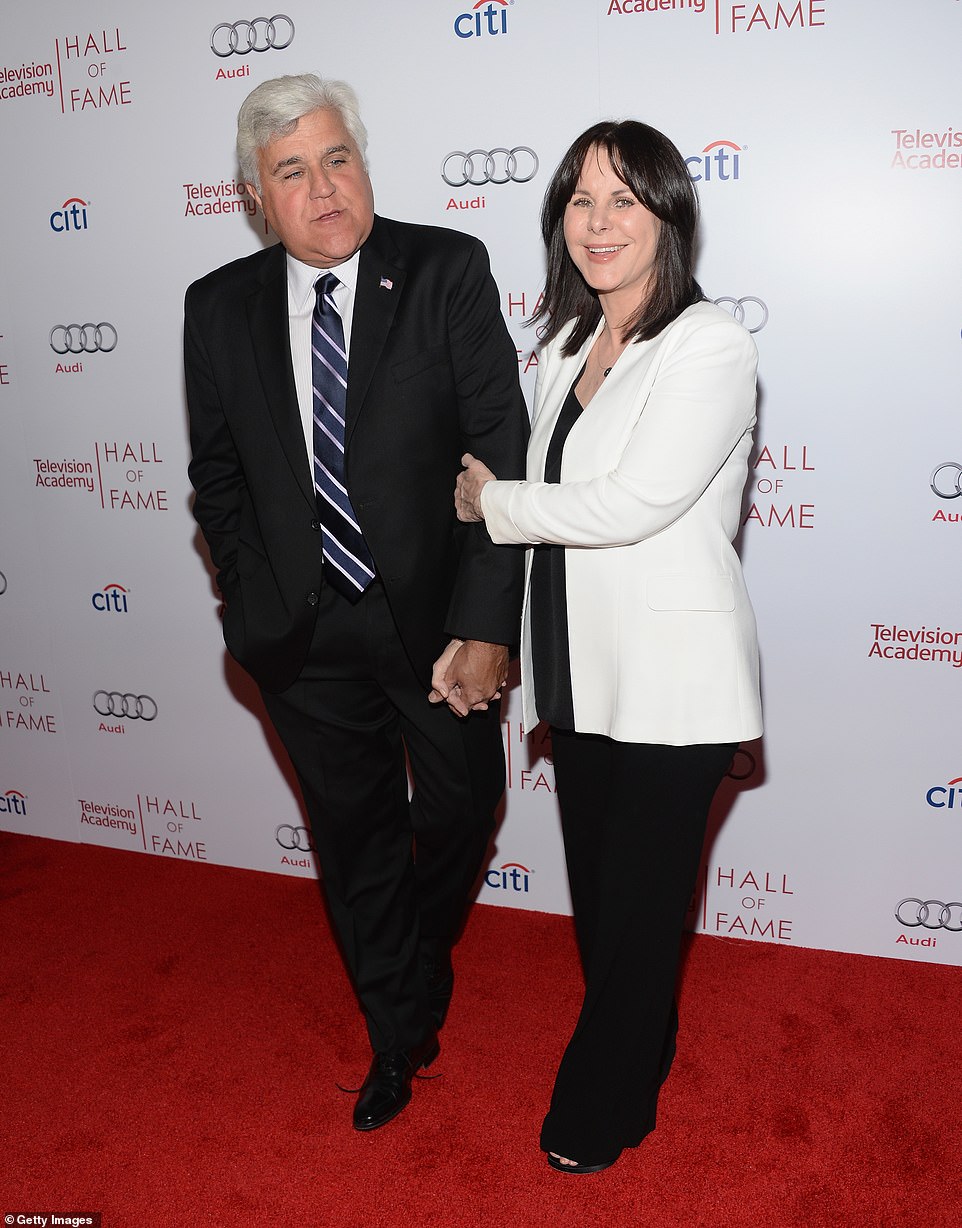 Following the incident inside his garage on Saturday, he canceled a Las Vegas performance scheduled for the next day after event organizers revealed he suffered a “serious medical emergency.”

An email to The Financial Brand Forum 2022 attendees obtained by People said: ‘Her family couldn’t provide us with many details, but there was a very serious medical emergency preventing Jay from traveling.

“All we know is that he is alive, so our prayers are with him and his family tonight.” Leno is understood to have called off his engagement for the week as a precaution, after being rushed to the hospital.

Jay Leno’s Garage posted on Instagram yesterday a photo of the host posing inside his garage with three of his extensive collection of cars.

The star has more than 180 vehicles, including exotic cars, hypercars and museum artifacts, according to US News & World Report.

His collection includes affordable and attainable vehicles, and Jay Leno’s Garage host has an affinity for motorized vehicles.

It’s not the first time the star has put himself at risk with his beloved vehicles, as he was visibly shaken after being in a car accident while filming the CNBC show in 2016 with legendary stuntman Bob Riggle.

Both ended up face down after Riggle lost control and the car flipped over, though neither was injured.