‘The ball is in his court’: Emotional Prince Harry refuses to say if he will go to his father’s coronation in new ITV trailer as he denies invading William and Charles’ privacy by revealing intimate details with his book ‘Spare ‘

Prince Harry has dodged whether he will attend his father’s coronation and attacked Prince William again in the latest trailer for his ITV interview.

The Duke of Sussex told Tom Bradby that “a lot can happen between now and then” when asked if he will go to Westminster to see King Charles III’s coronation in June.

The new clip, released this morning, shows Bradby questioning his friend Prince Harry about his decision to speak about his relationships with family members in his autobiography, Spare, which is set to be released two days after Sunday’s broadcast. evening.

Excerpts leaked to the left-wing Guardian newspaper today reveal Harry claims he was attacked by his brother in the kitchen of their London home in a fight over Meghan Markle, whom William said was difficult and rude.

When asked about talking about family business, Prince Harry said: “I don’t know how staying silent will make things better.” And in a scathing comment about William, he declared: “I’d probably say all kinds of different things.”

He also denied invading the privacy of his brother and father by sharing private conversations and fights in his new book and television interviews to promote it, insisting that critics “don’t understand.” 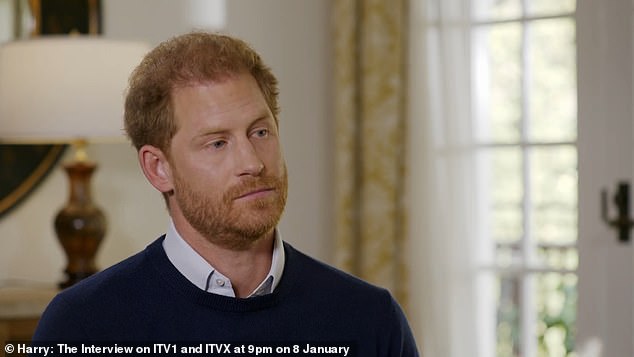 Harry has slept with his family again in the latest trailer for his ITV interview, which will air on Sunday night. 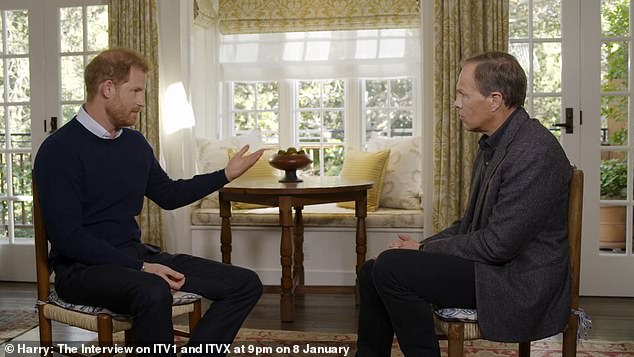 Harry evaded whether he would attend his father’s coronation, telling Tom Bradby that “a lot can happen between now and then.”

Tom Bradby replied: ‘Wouldn’t your brother say to you, ‘Harry, how could you do this to me after all? After everything we’ve been through? Wouldn’t that be what he would say?

In the clip, the interviewer also asks Prince Harry about plans for the coronation of his father, HRH King Charles, scheduled for later this year, as well as his vision for and role in the monarchy.

Tom: ‘If they invite you to the coronation, will you come?’

Prince Harry refuses to say yes: “There are a lot of things that can happen between now and then.” But, the door is always open. The ball is in his court. There’s a lot to discuss and I really hope you’ll be willing to sit down and talk about it.’

Amid claims that Harry wants to overthrow the Royal Family, Tom asks him, “Do you still believe in the monarchy?” Prince Harry replies: ‘Yes.’

Mr Bradby asks: ‘Do you think it will play a role in your future?’ and Prince Harry says, ‘I don’t know.’

The Duke of Sussex said those who accuse him of invading his family’s privacy by publishing his tell-all book “don’t understand or don’t want to believe” the press was being briefed by them. 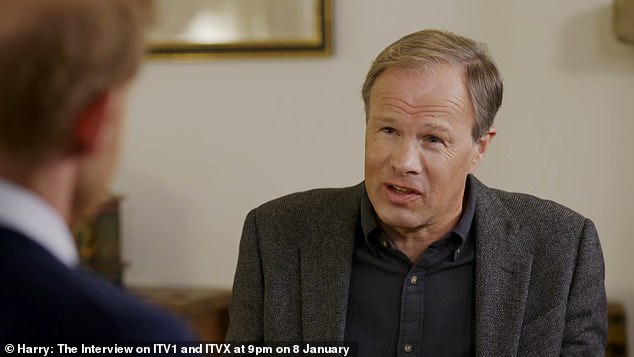 Tom Bradby asked if Harry was invading his own privacy and the privacy of his relatives. He responded that those who say that ‘don’t understand’, accusing his family of reporting against him. 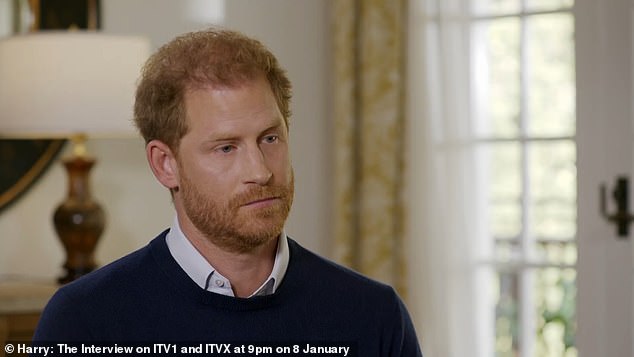 Harry looked emotional throughout the video, part of a 90-minute 9pm Sunday night show on ITV1 to promote his book.

Bradby continues: “Some people will say that you have criticized invasions of your privacy your whole life and the prosecution will be here if you are invading the privacy of your nearest and dearest without permission, now that will be the prosecution.”

To which the duke replies: ‘That would be the accusation of people who do not understand or do not want to believe that my family has been informing the press.’