By Jessica Taylor for Mailonline

Princess Beatrice bundled up for the cold spell as she left a private members’ club in Mayfair last night.

The ninth-in-line to the throne clutched the lapels of her black coat and kept her head down as she left Annabel’s, appearing to be accompanied by security guards, who were also bundled up.

Beatrice, 34 and a mother of one, wore her brown locks loose and slightly cropped as she left the club, opting for neutral makeup with lightly tanned eyes to enhance her natural beauty. 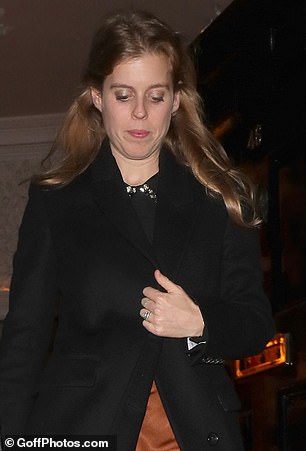 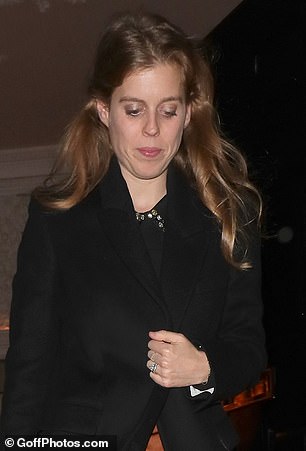 The princess clutched at the lapels of her structured black coat to keep out the chill as she stepped out into the frigid November temperature.

Beneath her coat, the princess, who is the daughter of Prince Andrew and Sarah Ferguson, wore a terracotta satin skirt with a black knit top.

Barely visible under the coat were ornate details on the collar of the top. She combined her outfit with black suede shoes.

Annabel’s is an exclusive private members club in the heart of Mayfair with a long waiting list to be accepted as a member.

The 34-year-old mother-of-one opted for a terracotta satin skirt and a neck-embellished black knit top.

The princess wore understated makeup with a touch of bronze on her eyelids for her night at Annabel’s. 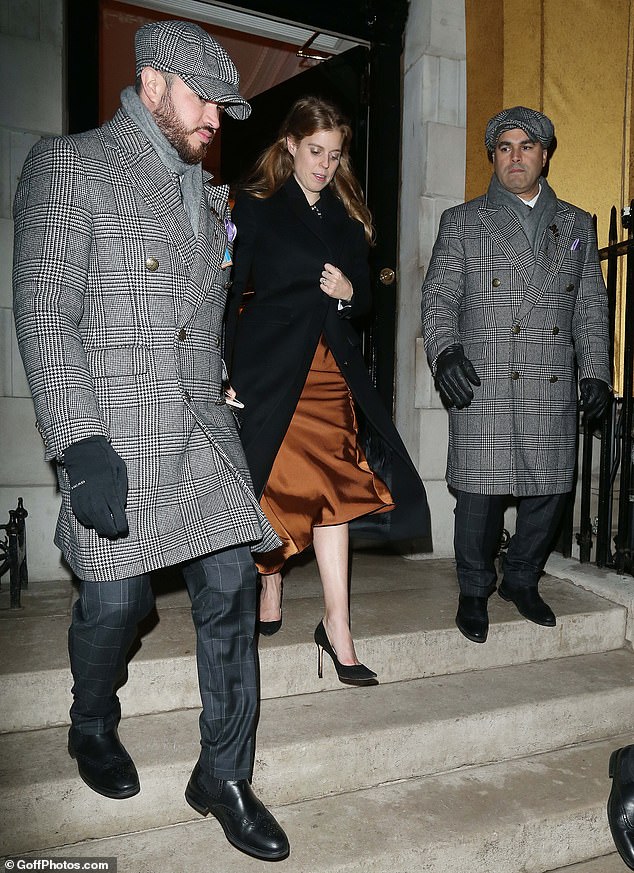 The princess was led down the steps of the private members’ club in Mayfair as she called it a night. 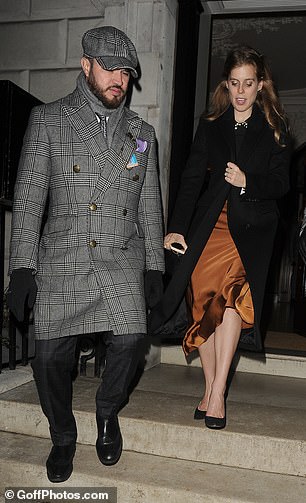 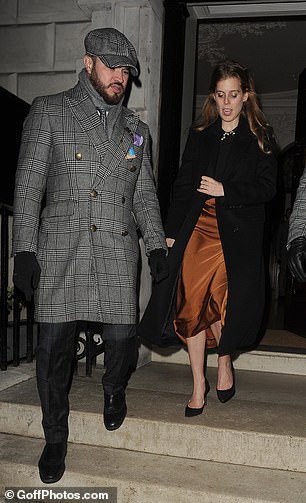 Beatrice had spent the night at the private members’ club, where membership costs at least £3,000 a year and has a long waiting list.

Of course, as a member of the royal family, Princess Beatrice probably didn’t have to wait long for her membership in the exclusive club to be approved.

Beatrice’s choice of evening look was more low-key than her recent appearances: She rocked a bottle green shirtdress to attend the Variety Club Showbusiness Awards on Monday night.

The princess accessorized the button-down, belted gown with a full skirt with diamond earrings while attending the award ceremony to present opera singer Katherine Jenkins with a Heart of Gold award from the Duke of Edinburgh.

She tucked her auburn hair behind her ears in loose curls, showing off a stunning pair of diamond earrings.

Coinciding with the BBC’s 100th anniversary, Variety celebrated the station’s place within UK culture, as well as its long association with the charity.

When Beatrice presented the award to the opera singer, Jenkins became the only person to receive a charity award approved by Queen Elizabeth II following the death of Prince Philip.