At least three people, including a teenage girl, were killed and 11 others wounded on Friday when a 16-year-old shooter opened fire at two schools in southeastern Brazil.

Authorities in the city of Aracruz, in the state of Espirito Santo, said the shooter opened fire on a group of teachers at their former school on Friday morning, killing two people and wounding nine others.

He then left the public elementary and secondary school and headed to a nearby private school, where he killed a teenage girl and wounded two others, authorities said.

‘I was a student at (the first) school until June, under the age of 16. Later, his family transferred him to another school. We have information that he was under psychiatric treatment,’ Casagrande said at a press conference.

He said some of the survivors’ lives were still at risk due to their injuries.

“We are cheering and praying for their recovery,” he said.

Security camera footage released by Brazilian media showed the attacker running towards the school, dressed in military-style camouflage and brandishing a weapon. He then ran through the hallways, causing staff to flee in terror when he started shooting.

Investigators said he had a swastika on his uniform. According to a survey by anthropologist Adriana Dias, there are currently around 530 active neo-Nazi cells in the country. 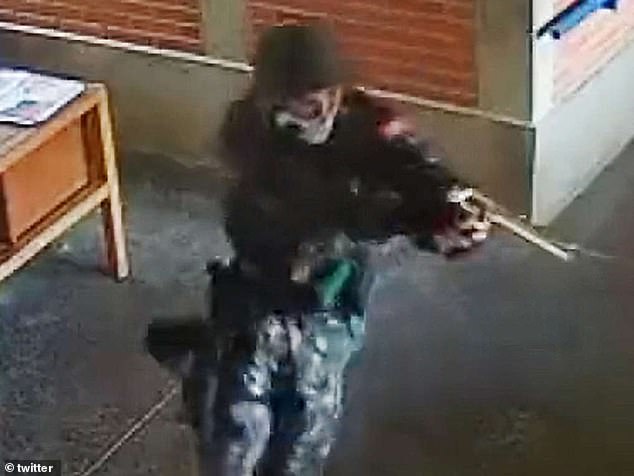 Two teachers and a student are killed after a gunman opened fire at a Brazilian school. At least three people, including a teenage girl, were killed and 11 others injured. 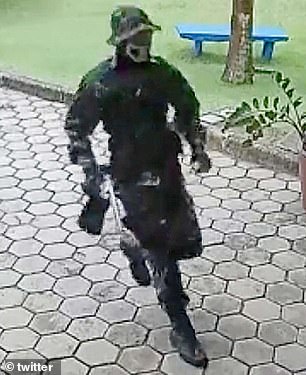 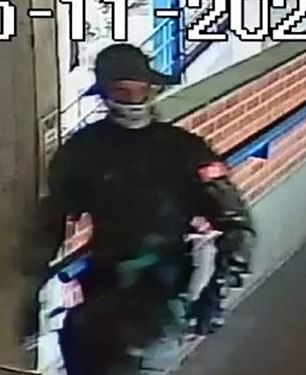 Authorities in the city of Aracruz, in the state of Espirito Santo, said the shooter (pictured) had opened fire on a group of teachers at his former school on Friday. 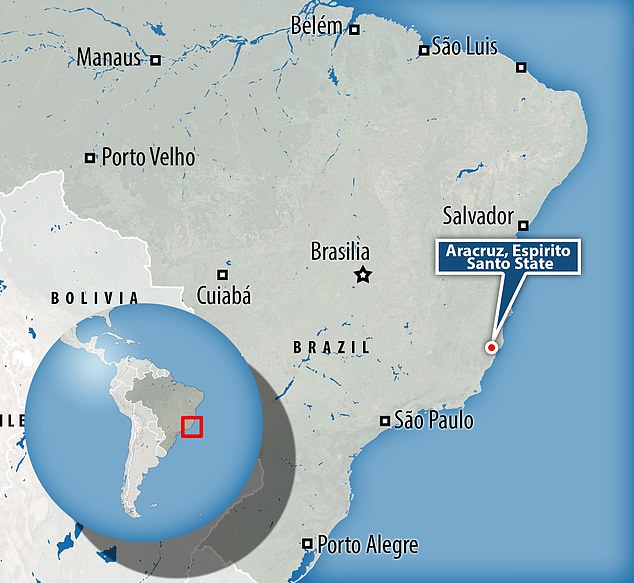 In the image, the town of Aracruz, in the state of Espirito Santo. Governor Renato Casagrande, who declared three days of mourning in the state

Most of the victims were teachers, according to Folha Vitória, a Brazilian news website.

‘It is the greatest tragedy our city has ever seen; the whole city is shocked. In the state school, all the victims are teachers. It’s sad,’ said the mayor of Aracruz, Dr. Coutinho, as quoted in the newspaper. “We are already receiving security reinforcements, classes are suspended until Monday.”

Authorities said the shooter, the son of a police officer, used two handguns in the attack, both registered to his father: one is his service firearm and the other is a private registration gun.

Casagrande said the boy appeared to have planned the attack carefully, breaking through a locked door and dodging the school’s security guard.

He then entered the staff lounge, the first room he came to, and opened fire, the governor said.

‘I was looking to shoot people. He opened fire on the first people he came across,” he said.

Investigators could be seen loading the victims’ bodies into coffins and loading them into police trucks outside the school, which was cordoned off with crime scene tape, an AFP photographer said.

The city has a population of around 100,000 people. School shootings are relatively rare in Brazil, but have increased in recent years.

Brazil’s deadliest school shooting left 12 children dead in 2011, when a man opened fire at their former elementary school in the Rio de Janeiro suburb of Realengo, then killed himself.

In 2019, two former students shot and killed eight people at a high school in Suzano, on the outskirts of Sao Paulo, and then took their own lives as well.

“Saddened to learn of the attacks,” he wrote on Twitter. 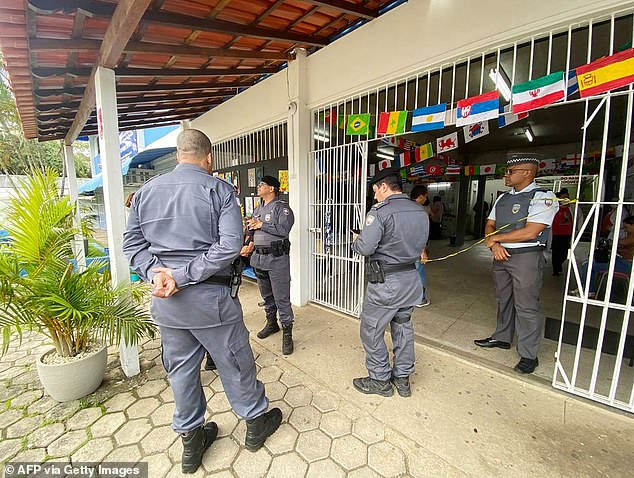 Police officers stand at the entrance to the Primo Bitti State School, one of two schools where a shooting took place. 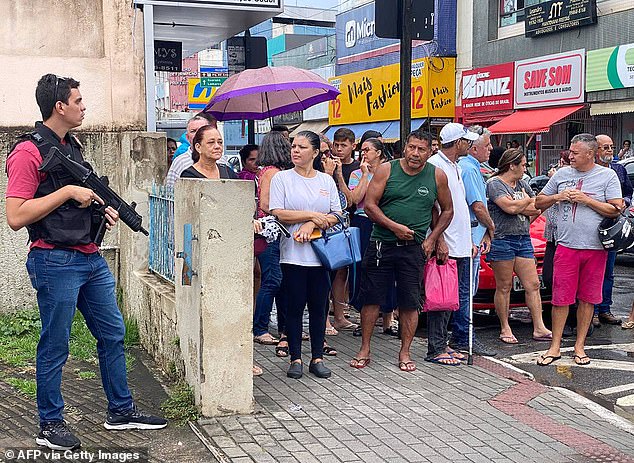 A police officer stands guard as locals gather outside the police station where the perpetrator of two school shootings in Aracruz is being held.

‘All my solidarity to the families of the victims… and my support to Governor Casagrande for the investigation and assistance to the two school communities.’

Lula, who was previously Brazil’s president from 2003 to 2010, will take office on January 1 after defeating far-right President Jair Bolsonaro in last month’s election.

He has been highly critical of Bolsonaro’s drastic restrictions on gun control laws.

Since former army captain Bolsonaro became president in 2019, the number of registered gun owners in Brazil has more than quintupled, from 117,000 to 673,000, boosted by a series of presidential decrees easing regulations on firearms and ammunition. .

Public security expert Bruno Langeani, from the Sou da Paz research institute, told AFP that the policies of the outgoing administration had made such attacks more likely.

“The increase in the availability of firearms in recent years promoted by the Bolsonaro government facilitates this type of episodes,” he said. 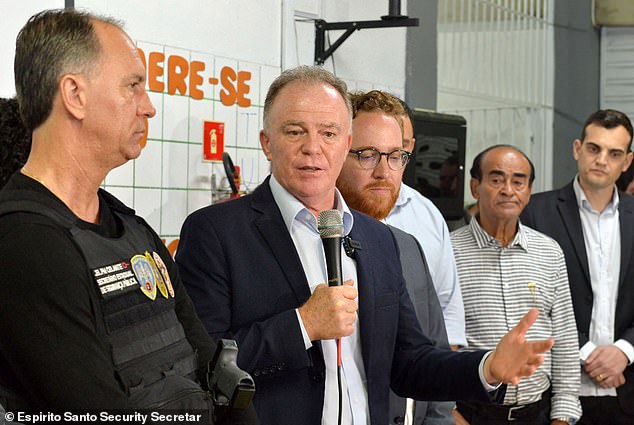 The Governor of the State of Espirito Santo, Renato Casagrande, speaks to the press after shooting in two schools in Aracruz