It was revealed that a renowned New York City Catholic priest had a secret son that he raised while amassing a $7 million fortune.

Known both for his civic work and as the brother of mob boss Vincent ‘The Chin’ Gigante, the Reverend Louis R. Gigante led a double life in which he vowed celibacy but also returned home each night to live with the son he fathered in 1990.

Gigante lived with his son, Luigino, and the boy’s mother in the leafy New York area of ​​Westchester, commuting an hour to the city where he was a priest at St. Athanasius Roman Catholic Church in the Bronx.

In addition to his priesthood work, Gigante ran a development company that built affordable housing and helped him raise millions. He left his fortune to Luigino after his death last month.

The 32-year-old opened an internet cafe and coffee shop, Waypoint Cafe, on Manhattan’s Lower East Side in 2017. 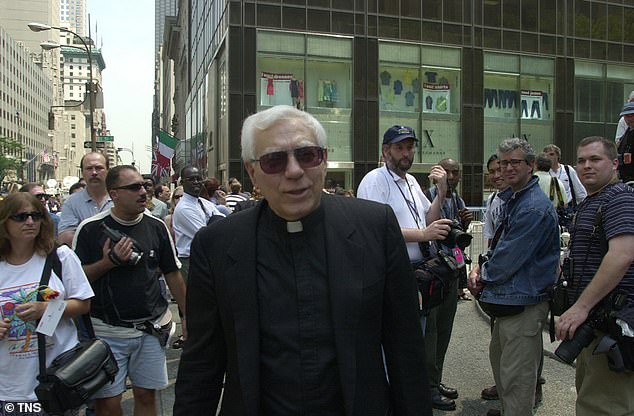 It was recently revealed that the Reverend Louis R. Gigante had a secret child 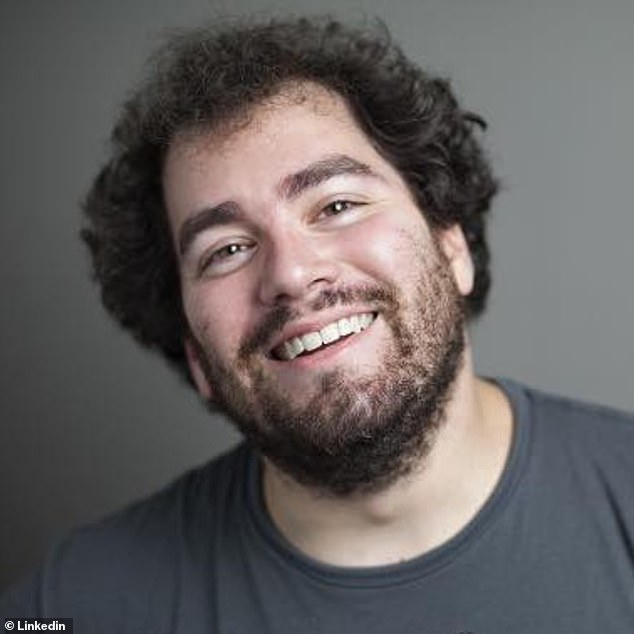 Luigino told the New York Times that his parentage was an open secret in the church and community, but that his father was never ousted from the priesthood due to his larger-than-life personality.

“We had a quiet life,” Luigino said. He was proud of me. We did it all together.’

He said his father’s paradoxical career “was like another peculiar thing.”

A representative for the Archdiocese of New York told the Times that nothing “beyond the rumors” was known about Gigante’s son. 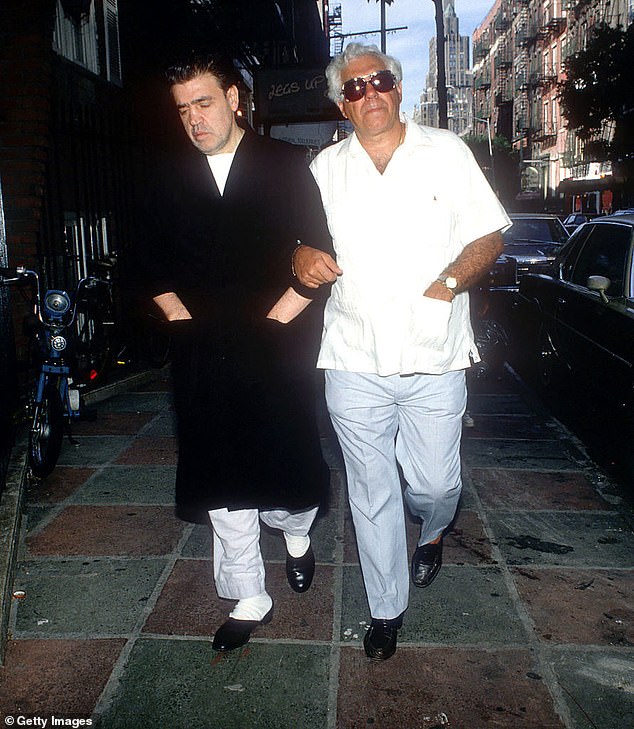 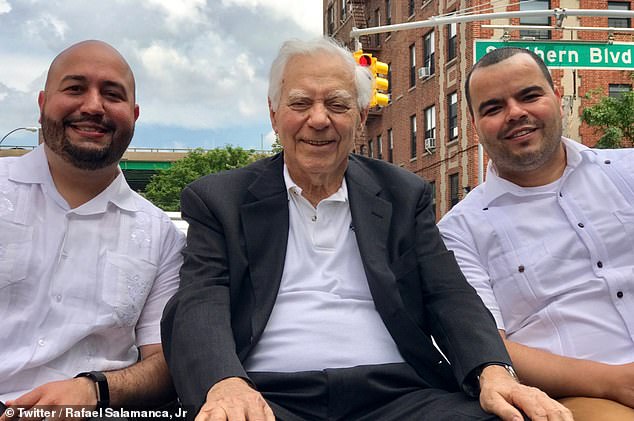 Father Louis Gigante (center) was a prominent figure in the Bronx during his lifetime.

The spokesman said that in cases where priests break their vows of celibacy and father children, they typically leave the church of their own free will.

“While each case would be assessed and addressed on its own merits, a priest who fathers a child would be expected to provide support to the child and the mother,” the spokesperson said. “However, in general, priests who have children leave the priesthood, usually voluntarily.”

Despite claims that the church knew nothing about Gigante’s son, Luigino said a friend of his father told him the church confronted him after the birth.

‘After you were born, they called your father,’ Luigino said, the friend reminded him, ‘They asked me if I had a son, and I said, ‘Yes,’ and I left. And that’s that.’ 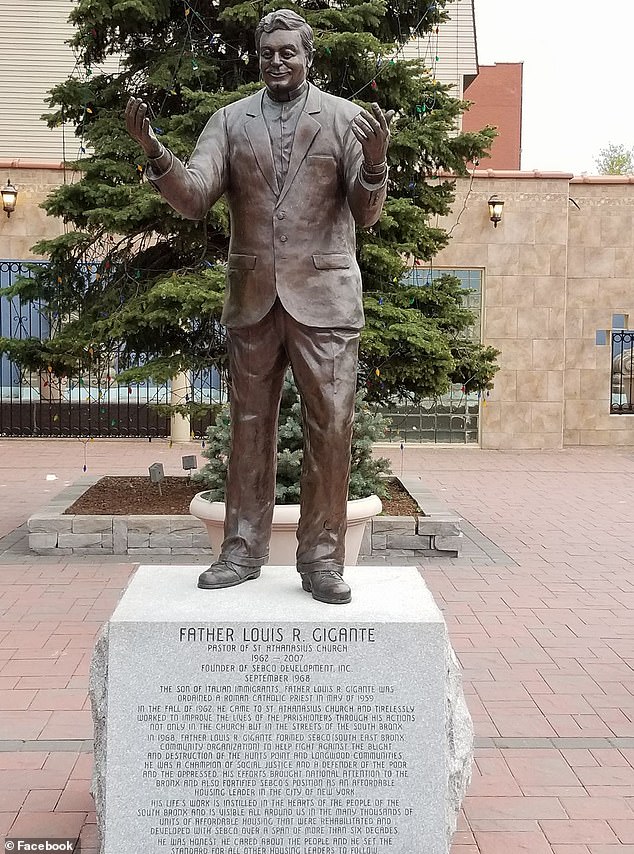 Gigante’s friends speculated that the church turned a blind eye to the infraction because of its prominence in the community.

“People felt he was a great guy, he did a lot for the community,” said former colleague Peter Cantillo.

The priest founded the Southeast Bronx Community Organization in 1968, known as SEBCO, which revitalized blighted parts of the Bronx with affordable housing buildings.

“It was common knowledge, no one really blinked about it,” Cantillo added.

Luigino said that his father made no effort to hide it and would often openly introduce him to his friends.

“This is my son, in whom I am well pleased,” Luigino told the Times what his father would say. 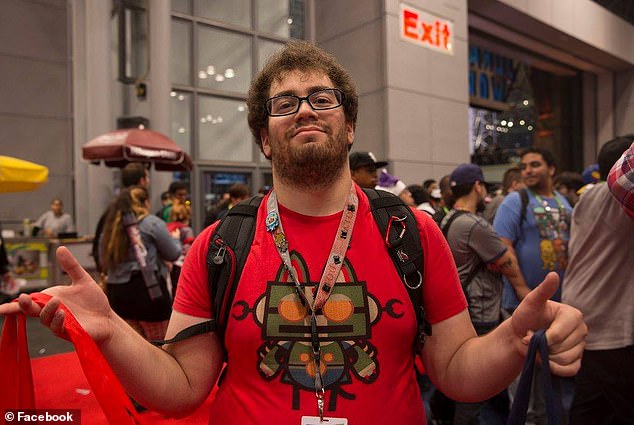 Luigino told the New York Times that his parentage was an open secret in the church and community, but that his father was never ousted from the priesthood due to his larger-than-life personality. 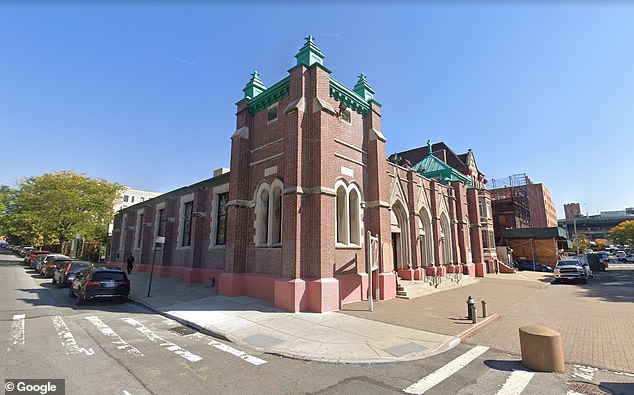 St. Athanasius Roman Catholic Church in the Bronx, where Louis Gigante was a priest

Gigante was paid a salary of $100,000 while serving as president of SEBCO, which over the years added up to a multi-million dollar fortune.

He also ran a number of associated development companies that served SEBCO buildings and brought him large profits.

“I did not take a vow of poverty,” Gigante said in a 1981 profile in the Times. ‘People think I don’t get paid and that I’m a saint for doing it. That’s his problem.

In addition to his prominence in the Bronx community, Gigante became known for his relationship with his brother Vincent Gigante, who was a convicted boss of the Genovese crime family.

Father Giant used to take his mobster brother for walks around Greenwich Village dressed in a robe and slippers as part of what was believed to be a ruse to make him appear mentally disabled. He always insisted on the innocence of his brother.

In 2021, Father Gigante was accused of sexually abusing a 10-year-old boy and girl in the 1960s and 1970s. He said he was innocent, but died before the case progressed.