A man is suspected of stabbing his wife, four-year-old and six-year-old daughters and a relative before killing himself Wednesday inside a million-dollar home in suburban Chicago Buffalo Grove.

The Buffalo Grove Police Department announced the names and causes of death for the five people Thursday.

Just hours after the names were confirmed, sources told the Lake McHenry Scanner that they believe Andrei stabbed all four women before killing himself.

Inside the home, officers also discovered a deceased animal.

The deaths come less than two months after Vera filed a protection order against her husband, court records show.

Andrei had been arrested two weeks later for violating the order, but was released on bail. 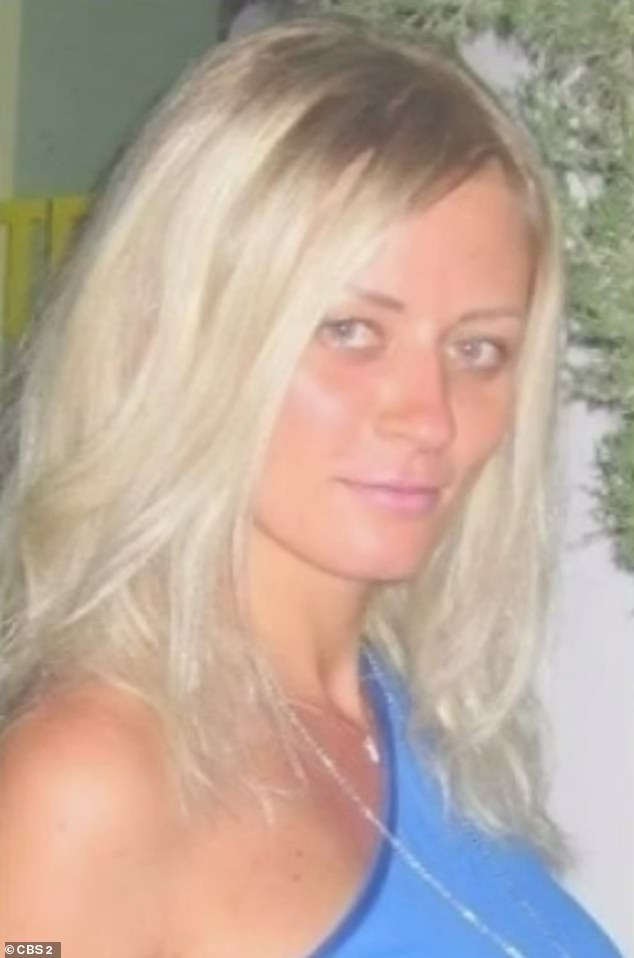 Vera Kisliak, 36, the wife of Andrei Kisliak, was found dead at the million-dollar property on Wednesday. 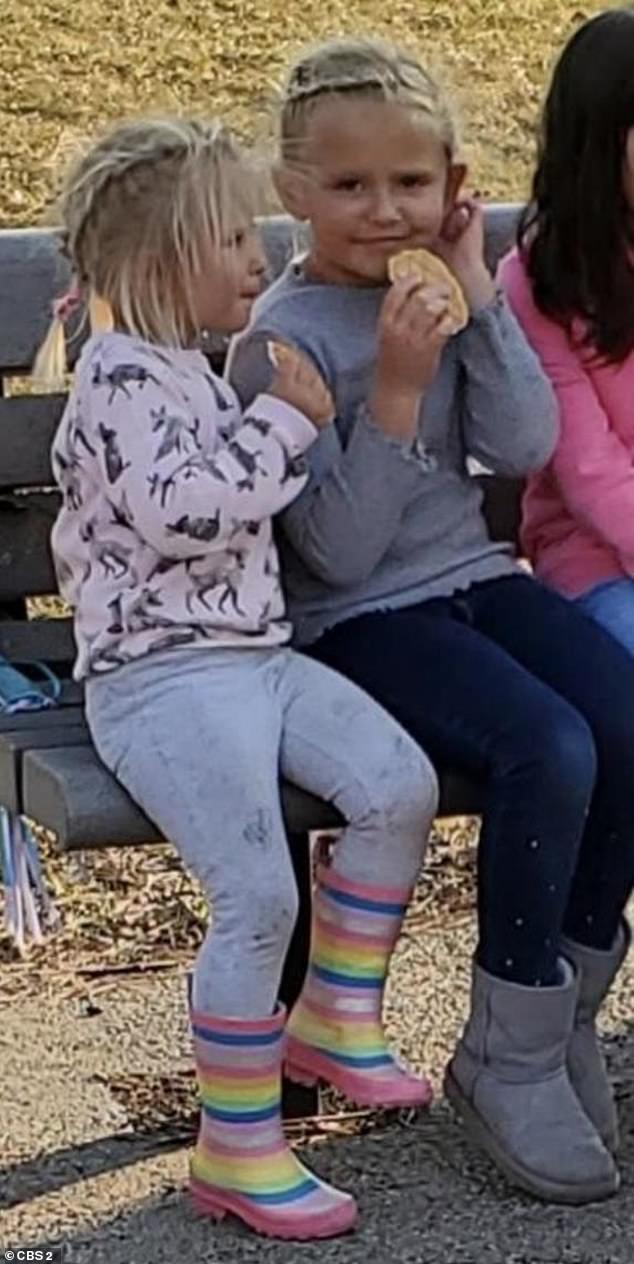 The couple’s daughters, Vivian Kisliak, 6, (right) and Amilia Kisliak, 4, were also found stabbed to death in their Chicago home. 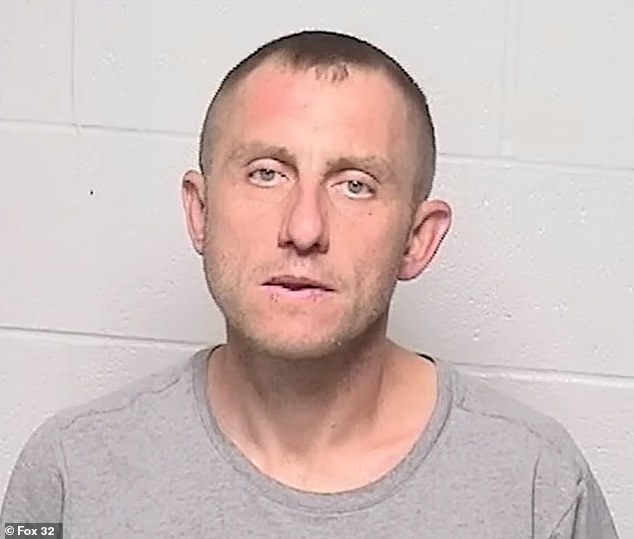 A report indicates that Andrei Kisliak, 39, is suspected of stabbing his wife, two daughters and a relative before committing suicide inside the family’s Buffalo Grove.

Police officers were first called to the property in the suburban town, located about 30 miles north of Chicago, around 11:10 a.m. Wednesday to conduct a welfare check on a woman who had not shown up. to work for a scheduled shift.

Upon arrival, officers were ‘unable to establish contact’ with anyone inside the home.

“Forcible entry was deemed necessary and a sweep of the home was conducted,” the Town of Buffalo Grove announced. Twitter Wednesday. During the raid, the five deceased relatives were found.

In At a press conference Thursday morning, Buffalo Grove Police Department Chief Brian Budds shared the latest details about the case that has rocked the exclusive village.

“Today is a very sad day for our community as we continue to process this unthinkable event,” the police chief said. 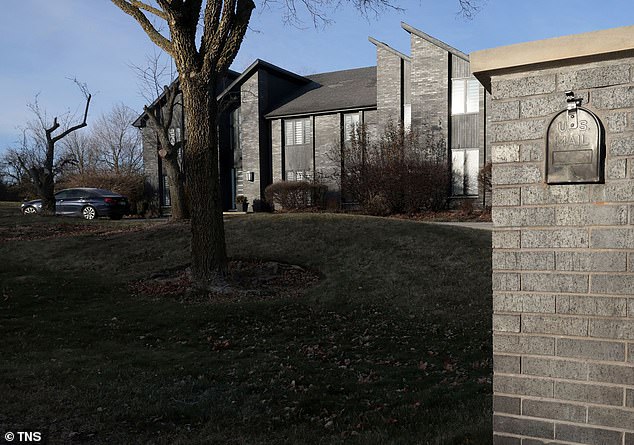 This is the house where the five family members were found dead by law enforcement officers Wednesday morning in a suburb outside of Chicago. 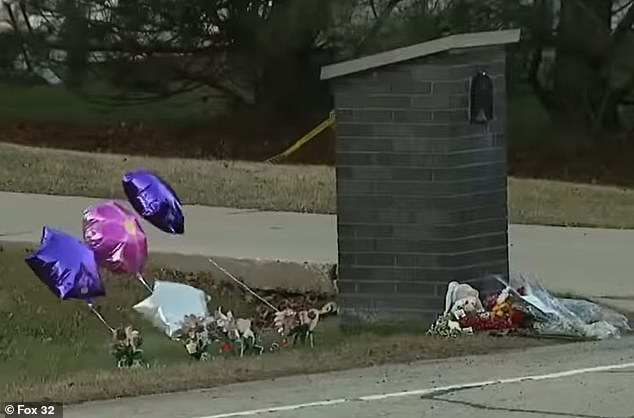 Hours after the bodies were found, a small memorial with flowers and balloons was set up at the end of the driveway.

Autopsies performed on the victims by Lake County Coroner Jennifer Banek determined “sharp force injuries” to be the causes of death for all five victims.

‘Acute force injuries’ are defined as ‘injuries caused by pointed or sharp-edged objects’, traditionally stab wounds or cuts, according to Medscape. 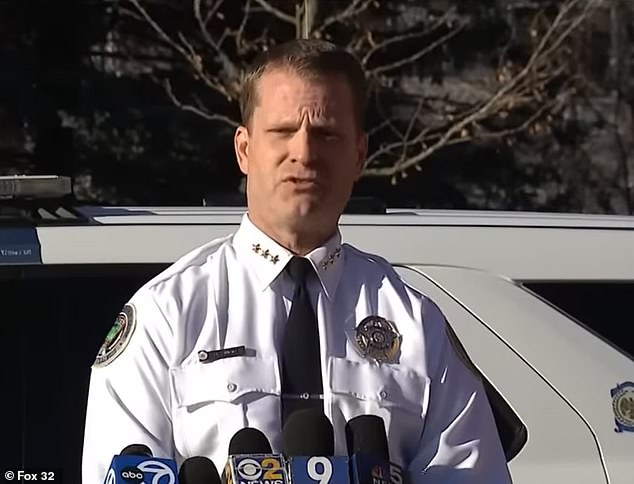 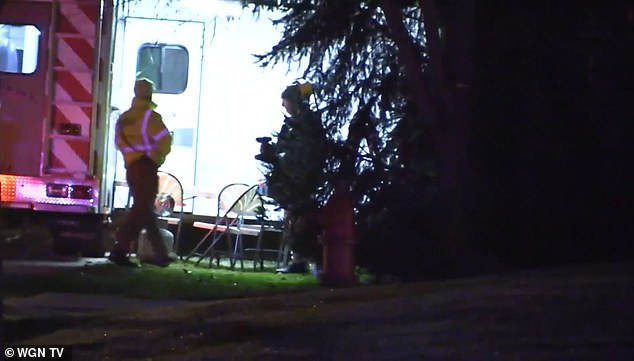 The bodies of five people were found inside a home in Buffalo Grove, Illinois on Wednesday morning. 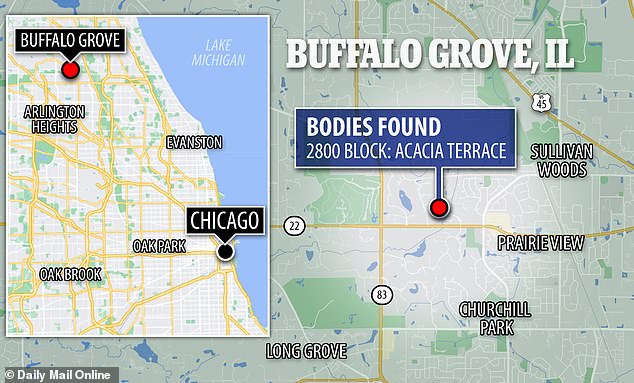 Buffalo Grove is a small town located about 30 miles north of Chicago. 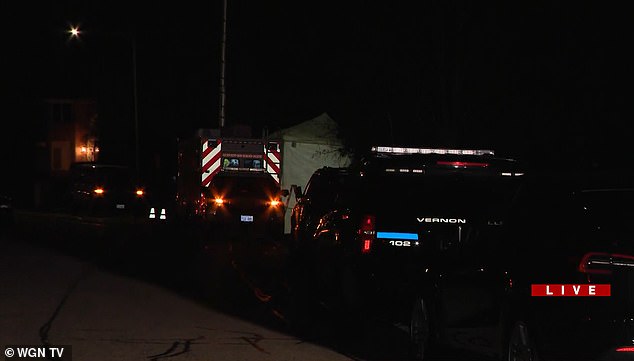 Officers were first called to the scene around 11 a.m. to conduct a welfare check at a home in the 2800 block of Acacia Terrace. 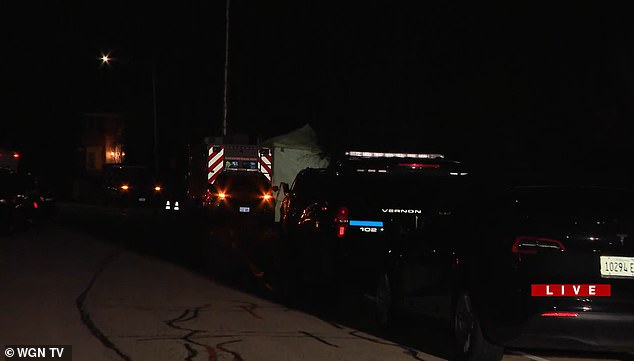 The neighbors, however, were quick to point out the protection order that Vera had filed against her husband two months earlier.

On the same day the wife filed the order, Andrei was also charged with contempt of court, according to records obtained by the Chicago Tribune.

He was scheduled to appear before a judge on December 12.

In addition to the judicial protection order filed in September, Andrei and Vera were in the midst of a divorce, which the couple filed for in July.

The last divorce proceedings were on Tuesday, held in Lake County, less than 24 hours before their bodies were discovered.

A representative for the Lake County Circuit Court Clerk told the Tribune that some records related to Andrei were currently unavailable and that he had several cases closed. 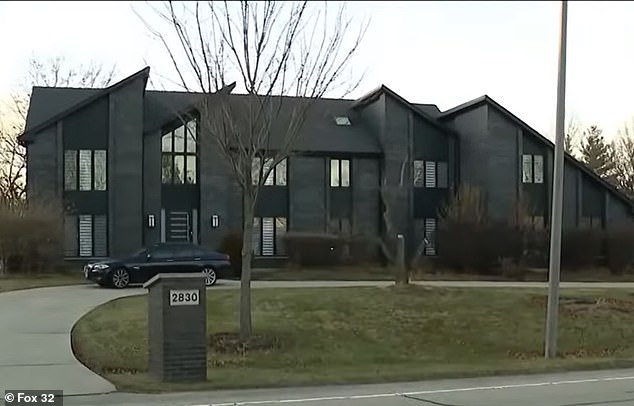 According to court records, the Kisliak family was facing foreclosure on their home, which is estimated to be worth $1.05 million.

A mortgage lender linked to the family also opened a foreclosure case on the Acacia Terrace home on November 9, claiming it had not received payments since July 2020.

The first record of the Kisliak family living on the Buffalo Grove property dates back to 2015, but neighbors said they believe the family moved about four years ago.

The nearly 6,000-square-foot home has an estimated value of $1.05 million and has six beds and six baths, according to RedFin. 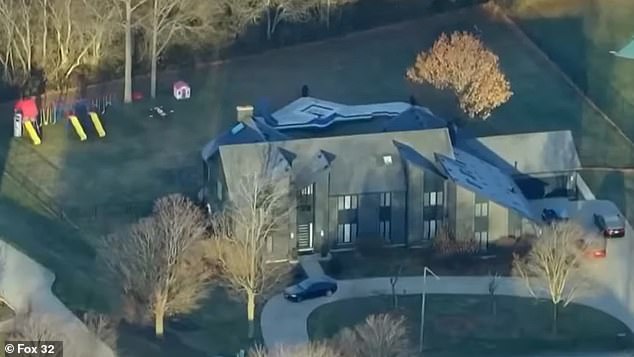 The nearly 6,000-square-foot property has six bedrooms and six bathrooms.

A neighbor, hoping to contribute to the small memorial installed at the end of the driveway, told the Chicago Tribune that she had called the police about Andrei’s behavior in the past.

The woman, who asked not to be named, said she called police after seeing the man yell at his young children before dropping them off at a local cafe.

She told the local outlet that he was going to and from the cafe, acting “hostile” towards the young women.

Officers arrived and spoke with the father, who then left with his children, he claimed.

Another neighbor who spoke to FOX 32 described the girls as “so sweet” and “so innocent.”

‘The older sister had a great personality. Very high. The younger sister was very shy but very sweet,” the neighbor told the FOX affiliate. ‘You drink. You drink. Babies only. How could someone do this to his family?

Michelle, a neighbor who spoke to WGN on Wednesday night after the bodies were found, described the situation as a shock to the small “quiet zone.”

“We would see the children playing,” Michelle said. ‘They had friends and family gatherings. Nothing too out of the ordinary, so it’s a huge shock that all of this is happening, especially during this time of year.”

The neighbor also said she had noticed police activity at the house in recent months: “It’s never something you want to delve into, but things like that you notice,” she said.

Another resident of the area, Falguni Patel, said he too is shocked by the news.

The matter is still under investigation by police officers at this time.

A police tent was seen outside the house at night as officers kept the street blocked off for pedestrian traffic.

“Even a USPS mail truck with a post office employee couldn’t deliver mail in that area of ​​the block,” the Arlington Cardinal reported.

The matter is still under investigation by the area police.

“I want to thank the responding officers of the Buffalo Grove Police and Fire Departments for their service and dedication in handling this traumatic investigation,” Chief Budds said Thursday.

“I would also like to thank the Lake County Major Crimes Task Force in conjunction with the Lake County Coroner’s Office for their invaluable assistance with this investigation which remains active and ongoing,” Budds continued. 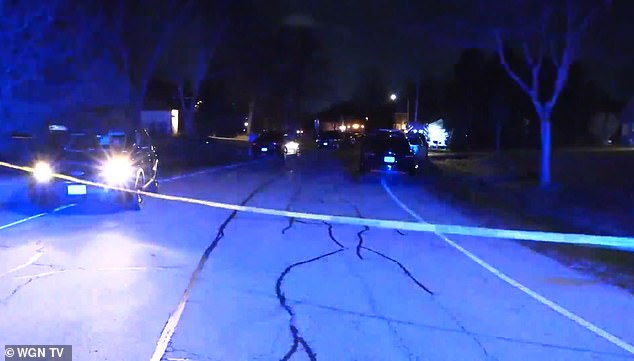 The street was blocked for several hours as officers and detectives investigated.