The tsunami of water images swept across channels as broadcasters grappled with the unexpected after voters failed to deliver the promised outpouring of support for Republicans. “The big red wave of the explosion from the beginning, it’s not happening,” said political pundit Guy Benson on Fox News.

Hosts Martha MacCallum and Bret Baier managed to turn the inevitable tedium of hourly calls into results with a spirited studio debate and the hilarious Bill Hemmer-turned-comedian having fun with his electronic map.

Everyone loved the map, with its alternating slices of blue and red states as Bill kept us posted. Such was the merriment in the studio, at one point Bret had to calm his guests down, who had descended into children’s party mode, joining in on the ‘What if…?’ scenarios.

And there were many of them. In the slow pace of results and, in some cases, the absence of, yes, it’s still happening, speculation abounded. You knew how long the night was when, just hours after his first appearance, Democratic strategist Mo Elleithee returned sporting new facial hair. If he had stayed in the studio any longer, you would have been forgiven for thinking that Santa was early this year.

He said one message was clear: Voters don’t want Biden or Trump.

His was the voice of calm Democrats in discussions that were, for the most part, however, well-informed and very well chaired by the presenters. It’s not always the tone everyone associates with Fox News and primetime maestro Tucker Carlson, who has nonetheless weighed in from elsewhere to demand an end to electronic voting machines. 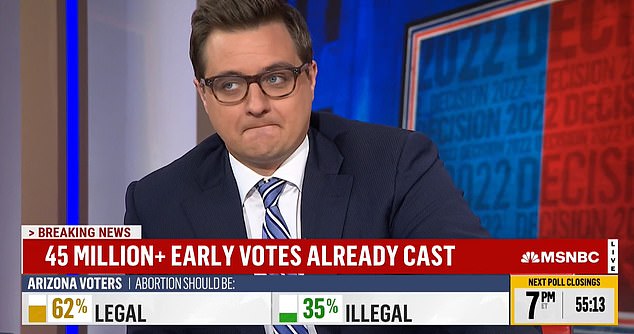 The guy, Chris Hayes (above), not only looked like a rabbit caught in the headlights, but caught, run over, and thrown into the nearest cauldron. 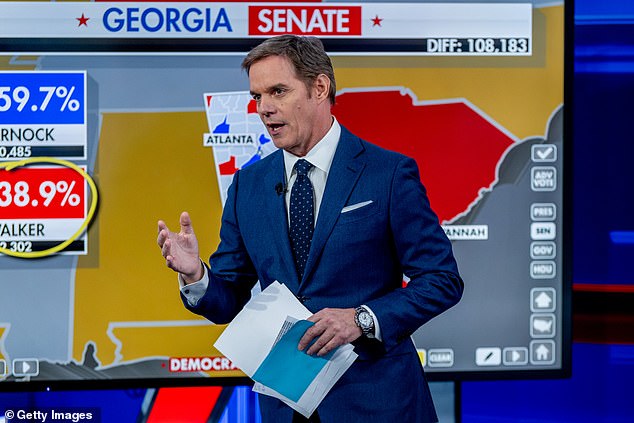 Hosts Martha MacCallum and Bret Baier managed to turn the inevitable tedium of hourly calls into results with a lively studio debate and the hilarious Bill Hemmer (above) turned comedian, having fun with his electronic map.

His hair was, as always, a distraction, but something has happened to him. Normally sitting on his head like a wig made from a long-haired chihuahua, he seemed relatively untamed. He also seemed much lighter. He even looked almost attractive. Almost. Let’s not overdo the red waves.

Kellyanne Conway was in the studio; at least the caption said it was her. It was hard to tell, since she had taken refuge under a pair of false eyelashes that made her look more like a Fox than a political adviser.

He claimed to recognize “a growing trend for Republican candidates,” prompting Bret to point out that he hadn’t mentioned the former president, “but he uses his terminology.”

Speaking of weird false eyelashes, MSNBC’s Rachel Maddow’s lashes looked like they’d been put through a shredder before being reattached to her face. She’s super smart and funny, and she’s joined by three women and one man on panel.

The guy, Chris Hayes, not only looked like a rabbit that had been caught in the headlights, he was caught, run over, and thrown into the nearest cauldron.

Steve Kornacki was the director of maps and electronics for MSNBC. As usual, dressed more casually than their CNN counterparts, who looked more like funeral directors, we were also treated to shots of his battery pack being readjusted by a soundman, and even more coverage of his back as he tried to give made sense to a piece of paper with what could have been Egyptian hieroglyphs for all the meaning they made to viewers. Still, Steve knew what it was, even if he looked like he was about to embark on a NASA mission.

At a Montana mall, correspondent Jacob Soboroff spoke to a crowd who had been handed out Cheetos to keep them busy while they waited an hour to vote. Jacob and Rachel exchanged some lighthearted banter over snacks, which made up for the line’s uneventful contributions. One woman said that she was voting because she ‘cared about women’s rights, everyone’s rights’. I guess she was there for the free Cheetos.

The station’s primary focus was on whether Trump was a drag on the GOP, especially whether he would become “criminal defendant Trump” before the Republican primary begins.

There was a sense of the beginning of the end for Trump throughout the coverage, and Florida Governor Ron DeSantis was widely praised by all, not only for his re-election victory, but also for his work in his home state. 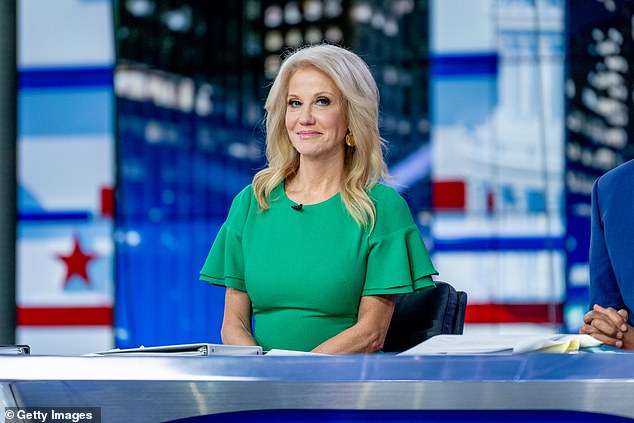 Kellyanne Conway was in the studio; at least the caption said it was her. It was hard to tell, since she had taken refuge under a pair of false eyelashes that made her look more like a Fox than a political adviser. 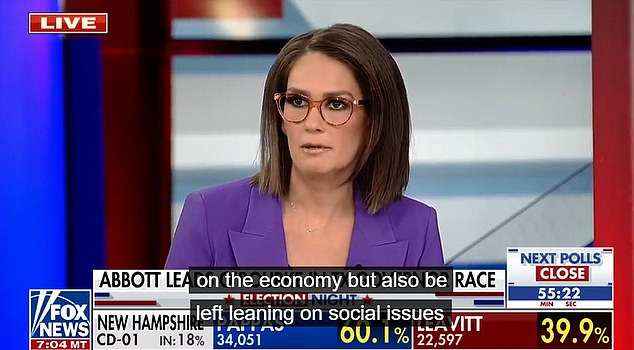 By 3:20 a.m., though, they were back in familiar territory, with Democratic supporter Jessica Tarlov imploding in her purple dress, a veritable walking bruise.

Clearly a talented and supportive politician (his handling of the recent fallout from Hurricane Ian was widely praised), the overwhelming feeling was that a star was born.

On Fox News, it was definitely DeSantis’ night, while CNN rightly praised John Fetterman’s win over Dr. Oz in Pennsylvania and declared it a bad night for Trump. But there was too much talk in front of the map on CNN and not enough contributors.

Only on CBS’s Late Night with Stephen Colbert, which aired live for the election, was DeSantis booed, but then, unsurprisingly, they booed every result that gave a Republican victory. Colbert’s monologue lacked its usual sparkle (writers really need days to write their jokes), and a sketch featuring two chickens fell flatter than, well, a chicken burger that’s been trampled by an elephant.

ABC, unfortunately, was largely unwatchable due to its reliance on reporters at polling places. The background noise drowned them out or forced them to yell over the racket, which was just annoying.

Take me back to those greedy people who make fun of Cheetos, please.

It was Fox News, with its mix of analysis and humor, that won the night. By 3:20 a.m., though, they were back in familiar territory, with fellow Democrat Jessica Tarlov imploding in her purple dress, a veritable walking bruise, and Steve Hilton, who hosts The Next Revolution, giving both barrels to the Democrats and , in particular, the ‘incompetent and disgraceful’ spectacle that is Biden. It was a pertinent and very funny analysis of everything that went wrong and yet, strangely, what so many voted for.

But even Fox News had to acknowledge, as the hours passed, that the red wave had dimmed. It remains to be seen who or what washes up next, and who will drown.