Vladimir Putin fell down the stairs at his official residence and got dirty while continuing to suffer from cancer, suggested a Telegram channel claiming to have links to his bodyguards.

The 70-year-old Russian leader, whose health has visibly deteriorated since his war in Ukraine began, suffered a fall on Wednesday night when he slipped going down the stairs of his Moscow home, the General SVR channel reports.

Putin landed on his tailbone, fell five steps, then rolled onto his side and slid down two more. The strong impact caused him to “involuntarily defecate” due to “gastrointestinal tract cancer,” according to the channel.

The SVR general has released updates on Putin’s health since the start of the war, though he has provided no evidence to back up his claims or proof that he actually has connections within his guards. 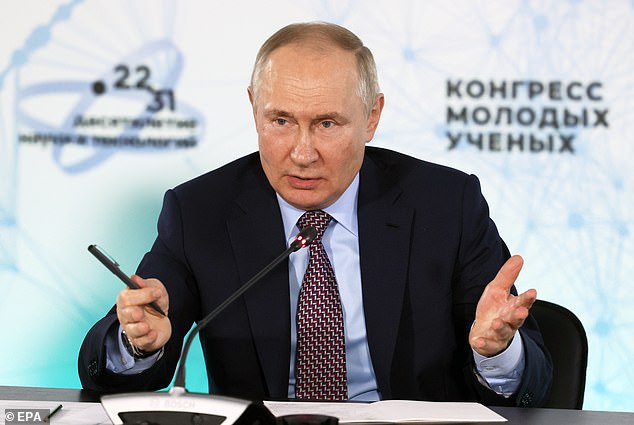 Vladimir Putin fell down the stairs at his official residence on Wednesday night, injuring his tailbone and ‘involuntarily defecating’ due to the effects of cancer, it is claimed.

In the latest post, the channel wrote that Putin “stumbled and fell on his back, after which he fell on his side and slipped down a couple of steps.”

The incident took place in front of the president’s bodyguards, who reacted quickly and rushed to Putin’s aid.

“Three security agents helped the president to reach the nearest sofa and called the doctors who are on duty at the residence.”

The channel said that doctors “arrived within minutes, but were unable to examine the president immediately.”

This was because he suffered from “oncology of the gastrointestinal tract, as a result of which he already experiences serious problems with digestion,” and the fall caused “involuntary defecation.”

“Before the examination, the doctors accompanied the president to the bathroom and helped clean up.”

The report stated: ‘After a thorough examination, a bruise on the coccyx and soft tissues was diagnosed.

‘Nothing critical was diagnosed and the bruises were treated with painkillers.

‘An investigation will be carried out into what caused the ‘fall’.

‘Wear special shoes, even at home, with non-slip coating, and the stairs in the residence are considered ‘safe’.

“It turns out that all the precautions are pointless when nerves are at stake.” 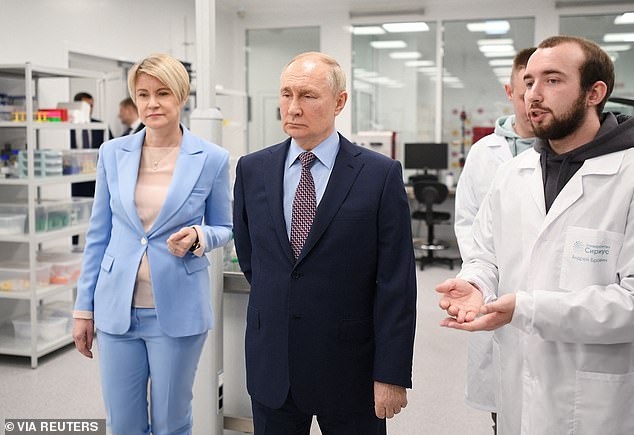 The 70-year-old world leader was photographed speaking with doctors in a new lab the next day, with no apparent signs of injury. 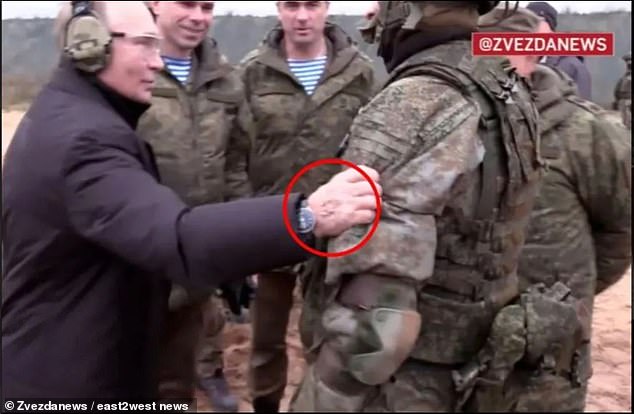 The tyrant was recently seen with apparent traces of IV treatment on the back of his hand. 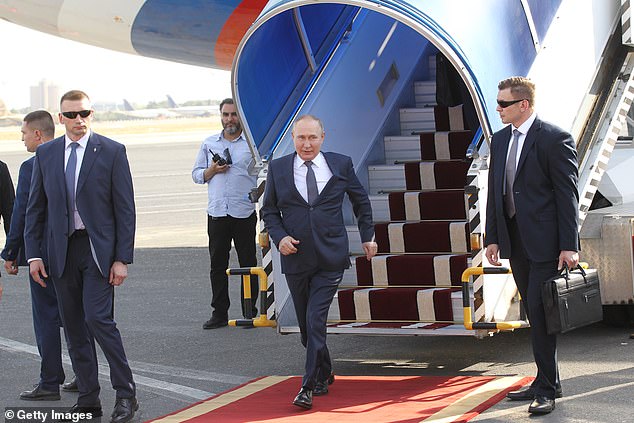 JULY 19: Russian President Vladimir Putin is seen limping from his presidential plane during a welcome ceremony in Tehran.

Despite the reports, Putin was filmed and photographed touring a laboratory in Moscow the next day with no apparent signs of injury.

Speculation about Putin’s health has grown since he ordered troops across the Ukrainian border on February 24.

He has been unsteady during public appearances, including unusual movement with his hands and feet in meetings with other world leaders.

Before a meeting with Belarusian dictator Alexander Lukashenko early in the war, his hand was seen to shake in an apparent sign of Parkinson’s.

Other footage has shown him gripping the edge of a table tightly as if trying to steady his hand and stop a tremor.

His walk has also raised suspicions due to an apparent limp.

Meanwhile, Oliver Stone, a director given wide access to Putin for a 2017 documentary, also went on record saying he thought Putin had cancer, but he’s over it.

Around the same time, New Lines magazine claimed to have obtained a recording of an unnamed Russian oligarch saying that Putin was “sick with blood cancer.”

Just a month earlier, a Russian investigative website called Proekt said it had obtained documents showing Putin is traveling with a large team of doctors. 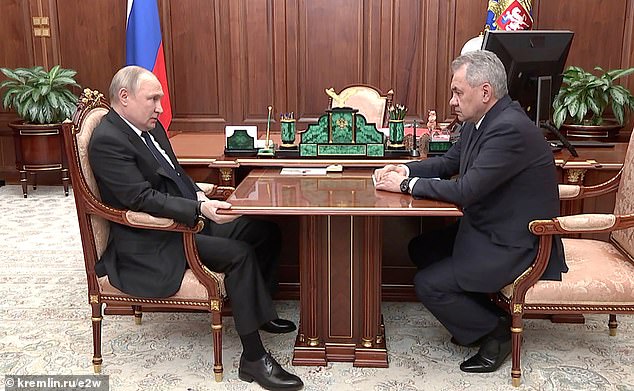 APRIL 21: Putin is seen clutching his desk with his right hand as he meets defense minister Sergei Shoigu in the early stages of the war. Footage from the meeting raised questions about Putin’s health

The Russian president has also frequently disappeared from public view for days at a time without any explanation being offered.

In 2015, he disappeared for 10 days, leading some to suggest that he had died.

Putin then disappeared in 2017 for eight days, before another two-day absence in 2018 during the presidential election campaign.

On that occasion, the Kremlin was forced to admit that the president had ‘a cold’.

The Kremlin has consistently denied reports that Putin is suffering from health problems, particularly since the war in Ukraine began.

And no firm evidence has ever surfaced to suggest that he is seriously ill.

CIA director Bill Burns was asked at a security forum in July about Putin’s health and denied that he had any problems.

“As far as we can tell, he’s too healthy,” Burns told reporters, though he noted it was “not a formal intelligence judgment.”